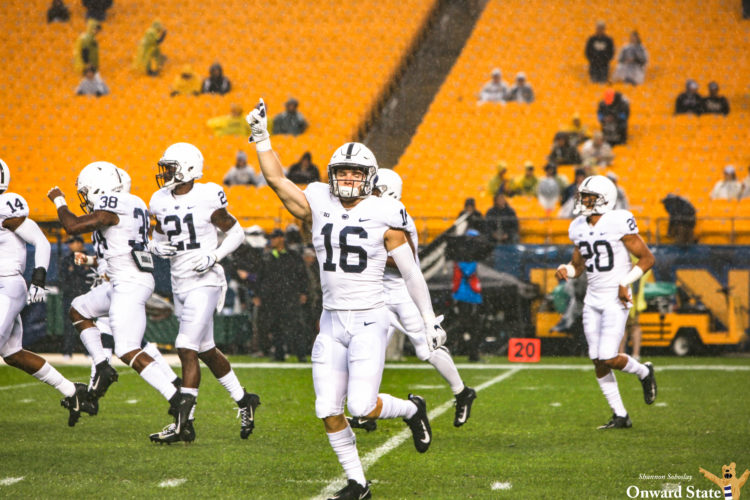 Head coach James Franklin made some changes to his team’s non-verbal signals immediately after Petrishen announced his decision to play for Pat Narduzzi and the Panthers on August 21. He made sure to hammer home the fact that he didn’t put this task off and got to work on it as soon as Petrishen’s decision was official.

“When [Petrishen transferred], we knew that we were going to have to make some changes at that point. So, we have changed [signals],” Franklin said. “We didn’t wait until this week to do it. We did it right when that was announced, but obviously, we had to change all of our signals — especially on defense and on offense, as well — but especially on defense because he knows all of our signals and those types of things.”

Franklin said procrastinating and waiting to make changes until this week would’ve been “problematic” for his team, and he noted that changing the way your team communicates on the field is a process that takes time. His team already used its new signals during its games against Idaho and Buffalo.

Though these changes might seem drastic (and time-consuming), veteran tight end Nick Bowers downplayed their significance at the team’s weekly Tuesday press conference.

“I think we’ve done it before. It’s not really a challenge,” Bowers said. “You get to come into work every single day and you’re expected to know those signals. I think you pick it up pretty quickly, but for the most part, it’s just about your preparation. I think all the guys do a good job of preparing on their own time and coaches will give us those signals. You’re just expected to know them when you come into practice today.”

Franklin reiterated one of his main concerns with the transfer portal, which is the fact that players can now move wherever they wish regardless of their current head coach’s input. In February, the head coach said the NCAA “over-corrected” the process of transferring, and he reused that line on Tuesday.

One of the compromises Franklin suggested at the time was allowing coaches to block players to transfer to future opponents, which is exactly what Petrishen did. His transfer may not have necessarily led to a tedious few weeks of reworking all communication for Penn State, but the players and coaches simply wouldn’t have needed to do that if Franklin’s suggestion was implemented as a rule.