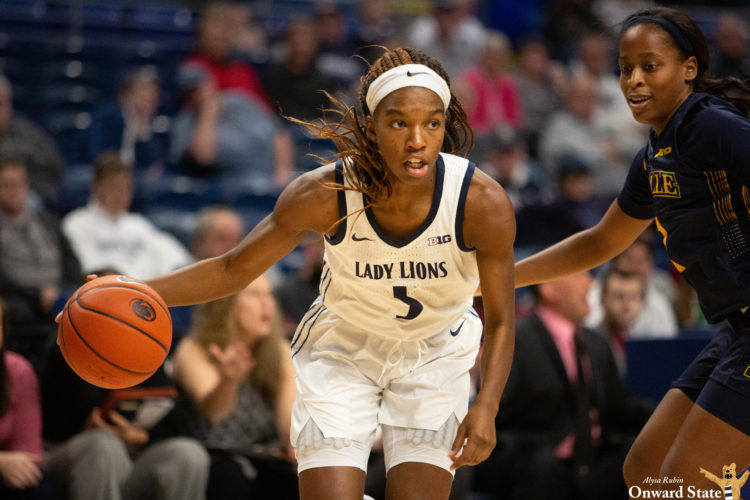 Kamaria McDaniel’s career high 25 points wasn’t enough to hold off a fourth quarter surge from La Salle’s offense. The lack of offensive production and lazy defense in the second half led to La Salle’s comeback effort.

The Lady Lions couldn’t find the net on their first two possessions, as they gave way for a quick five points for La Salle. Siyeh Frazier finally put points on the board with a layup, and a quick four points from Kamaria McDaniel evened the score early.

Anna Camden hit a buzzer-beater three to close out the first quarter and gave the Lady Lions a 17-14 advantage going into the second. Kamaria McDaniel and Lauren Ebo led the way at this point, with four points each. Ebo also came up with three defensive rebounds in the quarter.

Kamaria McDaniel stole the show early in the second quarter. She put up seven points and extended the Lady Lions’ lead to a 31-16 at the midway point of the quarter. Her electric performance continued into the half, as she shot 7-10 from the field with 17 points.

The Lady Lions started to run away with the game heading into halftime. They shot 47% from the field, and impressively made all 11 free throws they attempted in the half. They led 41-21 going into the locker room.

Siyeh Frazier kicked off the third quarter with a layup for the Lady Lions, followed quickly by another Kamaria McDaniel bucket. Unfortunately, the scoring slowed down here. Penn State didn’t find the net again until the 4:55 mark in the quarter when it bolstered the lead back to 47-31 with a Mya Bembry jumper.

The Lady Lions snapped their scoring drought with a handful of scoring — including a smooth fast break layup from Kamaria McDaniel. Defensively, McDaniel also led the team with two blocks heading into the fourth quarter, and Mya Bembry picked up seven rebounds and a steal.

La Salle continued to claw its way back during the fourth quarter and erased Penn State’s previous 18-point lead. The Explorers took the lead with 10 seconds on the clock.

Penn State was not able to catch up with La Salle’s fast-paced play and didn’t make a field goal for over four minutes towards the end of the game. The Lady Lions were not able to come up with answers in the final two possessions and let the Explorers steal a victory. Lauren Ebo was blocked with 2.3 seconds remaining, all but sealing the Lady Lion’s fate.

The Lady Lions will host Clemson at the Bryce Jordan Center on Thursday November 21. Tipoff is set for 7 p.m. 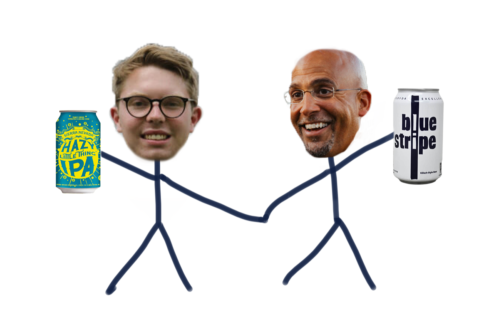 Onward State should get a seat at the table for James Franklin’s offseason beverage session with the media.