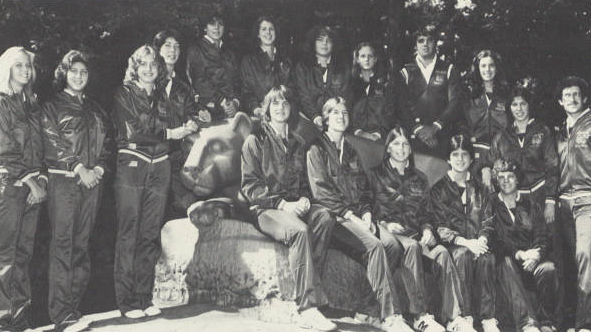 Russ Rose has accomplished a lot in his 41 years with Penn State women’s volleyball.

He’s won 1,298 matches, taken home seven NCAA championships, and brought the Nittany Lions to each and every NCAA Tournament dating back to 1981.

Even today, Rose knows just how important it was when Penn State played in the first-ever NCAA Tournament back in the 80s. The Nittany Lions’ participation in the first bracketed competition helped put the program on the map, give it a household name, and contribute to Penn State eventually joining the Big Ten — the premier volleyball conference — in 1990.

Penn State’s first NCAA Tournament match was against Cincinnati in the first round of the tourney’s Mideast Regional in 1981. Prior to that matchup, Rose and his team had competed in various Association for Intercollegiate Athletics for Women (AIAW) tournaments but came up empty-handed.

The Nittany Lions handled the Bearcats with ease en route to a 3-0 sweep but later fell to the University of the Pacific 3-2 in the second round.

“I remember [Cincinnati] had a couple of great players and I remember the coach,” Rose said. “It was a long time ago. I remember the coach saying they were going to come up here and kick our butts, and I was like, ‘Uh, who would say that?’ He believed that was going to happen and, well, it didn’t happen.”

Now, as the No. 11 overall seed, Penn State is gearing up to face Cincinnati in the Sweet 16 and take on the Bearcats in the tournament for the first time in the tournament since 1981. And Rose can’t help but think back to that meeting.

“When the NCAA decided to get into offering championships on the women’s side, that was a significant event,” Rose said. “It changed things around quite a bit and certainly they offered a whole lot of different things that weren’t available in the AIAW.”

Rose was one of the first members of the NCAA’s volleyball committee during those years and played a large role in shaping the league’s rules, regulations, and tournament guidelines. He believes that participating in the tournament helped bring Penn State to prominence and transform it into the volleyball powerhouse it is today.

“We were in a different situation [back then],” Rose said. “We weren’t really supported at a very high level at that point in time. We were in the Atlantic 10 conference, so we were not a major factor in the championship formula even though we had a good team.

The Nittany Lions will take on the Bearcats in the NCAA Tournament for the first time since that fateful day this Friday. Cincinnati is coming off of an all-time upset over No. 6 seed Pitt last weekend, which certainly earned the respect of Rose and his players.

“We were all shocked, but it was such a great [match],” outside hitter Tori Gorrell said. “Obviously, everybody looks forward to kind of getting revenge on a team that they’re 1-1 with, but for Cincinnati to beat Pitt, that’s an amazing win for their program. They’ve got great players, so they deserved it…Good for Cincinnati, unfortunate for Pitt, but Pitt was a really good team all year, and they had an amazing season.”

Rose agreed, noting that tournament upsets are an unfortunate part of the game that can happen to any team.

The Bearcats are led by outside hitter Jordan Thompson, who’s racked up 768 kills on the season — the most in the NCAA by a whopping 143. She’s totaled 382 more kills than outside hitter Jonni Parker, who leads Penn State with 386. The redshirt senior posted a career-high 50 kills against UConn in November and has tallied more than 20 points in 23 of Cincinnati’s 33 matches.

“I think what would impress everybody about Jordan Thompson is the development that she’s made as a college player,” Rose said. “The opportunity that she had playing with the U.S. national team last year certainly provided her with the confidence to take her game to another level. Certainly, we haven’t played anyone like her this year. She’s the only one in the country that went for 50 kills in one night.”

Thompson will certainly be a thorn in Penn State’s side no matter the outcome of the two teams’ rematch this weekend. However, Rose knows that it’s important to realize she’s not the only dangerous player on the Bearcats’ roster.

“[Thompson’s] a major contributor to her team’s success, but it’s a team sport and there are a lot of other individuals on that team who scored a lot of points as well,” Rose said. “I wouldn’t say we’re going to ignore her contributions to the outcome, but we have to realize that we can’t just say, ‘Hey, let’s just worry about this one player.’ There are still five other people on the floor who are involved in the outcome.”

The Nittany Lions will face off against the Bearcats at 8 p.m. ET in Stanford, California on Friday, December 13. The match will be broadcast nationally on ESPN3 and can be streamed on the ESPN app. 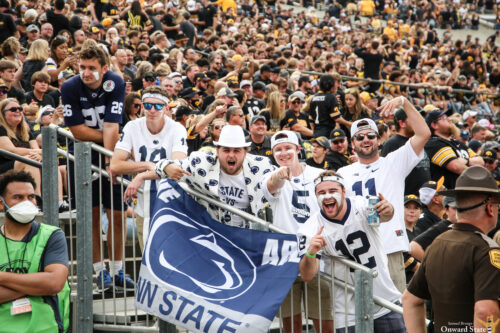 If students can’t sit next to each other when kickoff rolls around, what’s the point?

Share via
Russ Rose Reflects On First NCAA Tournament Ahead Of Postseason Rematch Against Cincinnati
https://onwardstate.com/2019/12/13/russ-rose-reflects-on-first-ncaa-tournament-ahead-of-postseason-rematch-against-cincinnati/
Follow @onwardstate
Send this to a friend