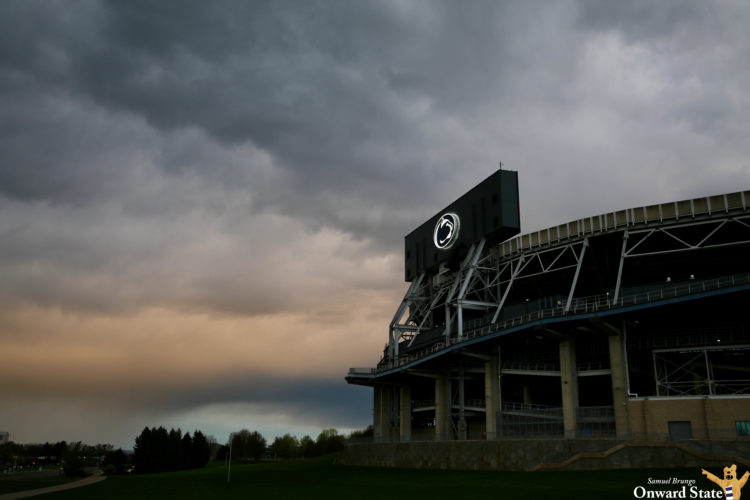 “We want to know what changed in six days and why was this decision rushed before the Big Ten Conference and NCAA could answer some of the most basic questions regarding the future of these student-athletes,” the parents wrote to President Eric Barron and Big Ten Commissioner Kevin Warren.

Additionally, the letter said Penn State “led the nation in ensuring the safety of the players, our sons, the coaches and support staff” this summer. They cited the lack of new positive cases in Penn State Athletics’ most recent biweekly coronavirus testing update as proof of the university’s successful mitigation efforts. To date, eight student-athletes have tested positive since testing began earlier this summer.

Furthermore, the letter asserted the coronavirus fatality rate for 19 to 29-year-olds is .1%. It also said that demographic is used as “the benchmark for fatality comparison” by the Centers for Disease Control.

“As parents, we deserve answers as to whether these decisions are based on science or the avoidance of liability,” they wrote.

Many have suggested long-term effects following coronavirus exposure impacted the decision to postpone fall sports. Last week, ESPN reported myocarditis, inflammation of the heart muscle, was found in at least five Big Ten student-athletes and more in other Power Five conferences. If left undiagnosed or untreated, the condition could prove fatal.

The parents also took issue with the postponement of sports while, at the same time, thousands of students will return to campus in the coming weeks before classes begin on August 24.

After stating their case, the 80-plus co-signers requested Penn State and the conference provide a “clear presentation” of the medical information used by the Big Ten in its decision to cancel fall competition. Additionally, they demanded the Big Ten’s previously announced football schedule be reinstated.

The parents who signed the letter also requested a Zoom meeting with Barron and Warren to get answers about student-athletes’ eligibility, including the status of fifth-year seniors and those who opted out of the 2020 season. To date, neither the conference nor NCAA have provided guidance surrounding eligibility moving forward.

“Why can’t we at least try to have a season? The players want to play,” the parents wrote. “We should not cancel the season out of fear, but rather look fear in the face, continue to adhere to the safety protocols put in place and make the attempt at a FALL season.”

The parents said they expect a response from Barron and Warren within the next five days.

Last week, the organization published a similar letter encouraging the team to play this fall despite rumors of postponements.