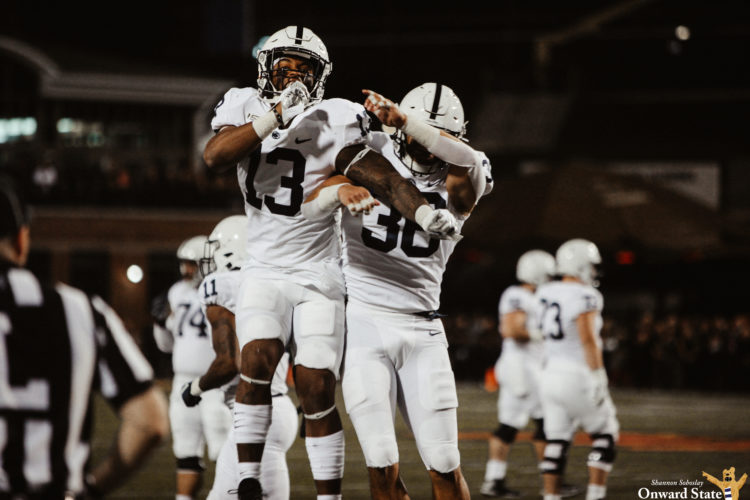 Penn State football fell to Indiana 36-35 in an overtime heartbreaker in its season opener Saturday.

Despite giving up 36 points, Brent Pry’s defense held strong for the majority of the game. The unit came up with multiple stops throughout the game that gave opportunities to Kirk Ciarrocca’s offense.

The defense held Indiana to just 211 total yards of offense for the game, including just 87 yards in the first half. Overall, the group totaled three sacks, one interception, and one forced one fumble in what was a solid performance.

Michael Penix Jr. was held in check for most of the game, as he completed just 53% of his passes and totaled 170 passing yards.

Early in the first half, redshirt freshman cornerback Joey Porter Jr. came off the edge and sacked Penix to force a three and out.

Joey Porter Jr. is off to a great start in his new role ?? pic.twitter.com/4I5CdnmAwR

“I was just seeing an open lane,” Porter said. “I was like ‘I just have to make the hit.’ It felt good, I’m not even gonna lie.”

Of the 17 points the defense allowed in the first half, 10 of them came off of turnovers from Penn State’s offense, including one turnover inside Penn State’s own five-yard line that led to a Scott rushing touchdown.

In the second half, Indiana struggled to get anything going offensively until late in the fourth quarter. Time and time again, Penn State’s defense came up with stops to give the ball back to the offense.

After Sean Clifford’s 60-yard go-ahead touchdown to Jahan Dotson to put the Nittany Lions up 21-20, Penn State’s defense was back on the field needing a stop. Defensive end Shaka Toney dominated the drive, sacking Penix twice and leading the defense to a fourth down stop.

Toney was a difference-maker this game, as he totaled seven tackles, two for a loss, and two sacks as an anchor for the defensive line.

As we now know, Devyn Ford scored immediately after the stop to give Penn State a 28-20 lead. This left Indiana just over a minute, and Penix led the Hoosiers right down the field, scored a touchdown, and converted on the two-point conversion that would ultimately send the game to overtime.

In overtime, Indiana responded to Penn State’s opening drive touchdown with one of its own, and then converted on a controversial two-point conversion to end the game.

Porter believes the defense played well overall, but needs to lock down in those big moments at the end of the game.

“We just need to make those plays in those tight moments,” Porter said. “That’s the thing, that’s what we need to work on.”

Safety Lamont Wade echoed Porter’s sentiment, praising the effort and physicality of Penn State’s defense, but also mentioning the few mistakes that the group did make. 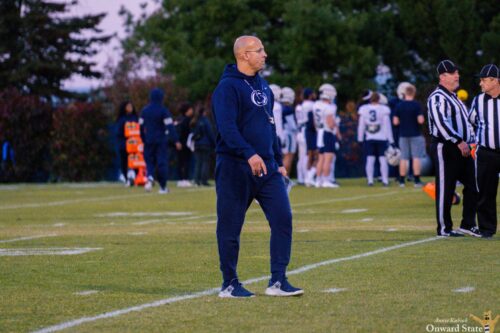