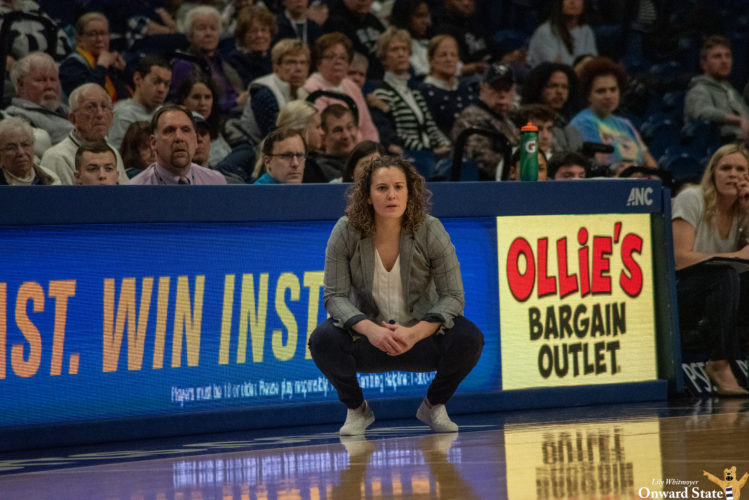 Four players tallied double digits for the Lady Lions in the win. Tova Sabel led the way with 14 points, while Anna Camden, Makenna Marisa, and Kelly Jekot chipped in 13, 12, and 11, respectively.

The new-look Lady Lions seemed rusty and out of sync early in the first quarter. After trailing 7-2, however, Coach Kieger’s squad went on a 13-2 run and turned things arond, thanks to a spark provided by sophomore Shay Hagans.

The speedy guard scored a quick seven points off the bench — including a massive three-ball — which helped Penn State gain momentum and cruise to a comfortable 20-11 lead at the end of the first 10 minutes of play.

Things continued to picked up offensively for the Penn State in the second quarter, in what many would call a true team effort. Twelve minutes into the contest, seven different Lady Lions had already put points on the board. By the end of the half, five different Lady Lions were responsible for the team’s five three-pointers.

Hagans’ nine first-half points and eight a piece from Marisa and Sabel propelled Penn State to a 42-26 lead at halftime.

Sabel got things going again early in the third quarter with a crafty euro-step and bucket. She went on to score a total of eight points in the second half, showcasing her ability to drive to the basket and juke defenders.

Camden also came into her own and continued to shine, scoring 10 of her 13 total points on 4-of-4 shooting and racking up six rebounds in the second half alone.

For the most part, the Lady Lions looked like a cohesive, well-oiled unit right until the clock expired. They moved the ball on offense, crashed the glass, and pushed the pace on both ends of the floor, allowing them to cruise to a 84-45 victory.

This game marks 14th win in the last 15 season openers for Penn State women’s basketball. The Lady Lions finished the night with 16 assists on 31 made field goals.

The Lady Lions will be back in action at the BJC Monday, November 30 against the St. Francis Red Flash. Tipoff is scheduled for 6 p.m. 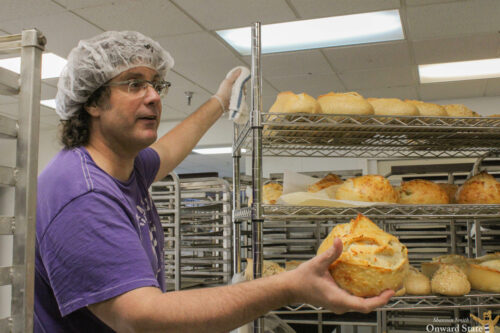