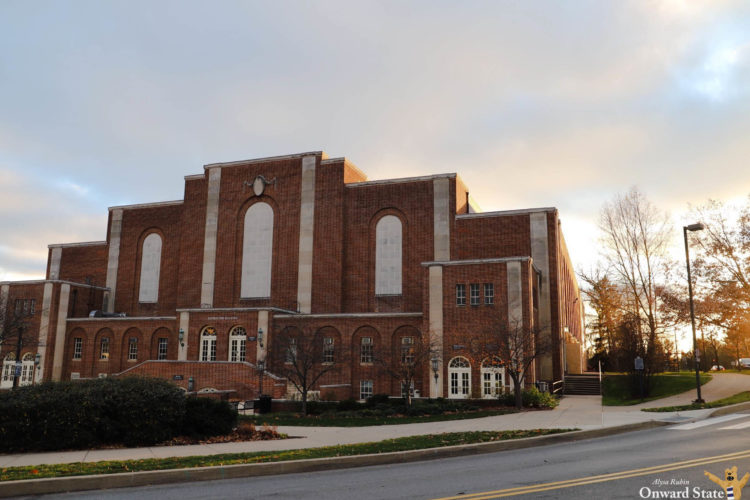 Both Penn State wrestling and Penn State women’s volleyball’s upcoming matchups against Michigan State and Michigan, respectively, have been postponed, according to the university.

Each team’s contests were mutually postponed “out of an abundance of caution” surrounding the health and safety of student-athletes, coaches, and staffs, according to the Big Ten.

The programs will work with the conference and attempt to reschedule their respective matchups, but nothing is set in stone.

Penn State did not respond to a request for comment on the reasoning behind each postponement. It seems likely they’d be related to COVID-19, but it’s not clear which teams are experiencing issues.

Should the matchups have occurred, women’s volleyball would’ve played Michigan on the road on January 22 and 23, while wrestling would’ve hosted Michigan State for its home opener on January 23.

Wrestling’s next scheduled dual meet will be against Northwestern on Saturday, January 30. Women’s volleyball, meanwhile, is scheduled to play Ohio State on Tuesday, January 26.

Penn State wrestling’s matchup with Rutgers, its first dual meet of the season, was postponed last week due to positive COVID-19 tests within the program.

By day, Matt is a senior majoring in journalism. By night, he's Onward State's managing editor. He's a huge Philadelphia sports fan, fantasy football lover, and washed-up drummer hailing from Collegeville, Pa. The quickest way to his heart is Margherita pizza and "Arrested Development" quotes. Follow him on Twitter @mattdisanto_ if you hate yourself or email Matt at ma[email protected] if you hate him.