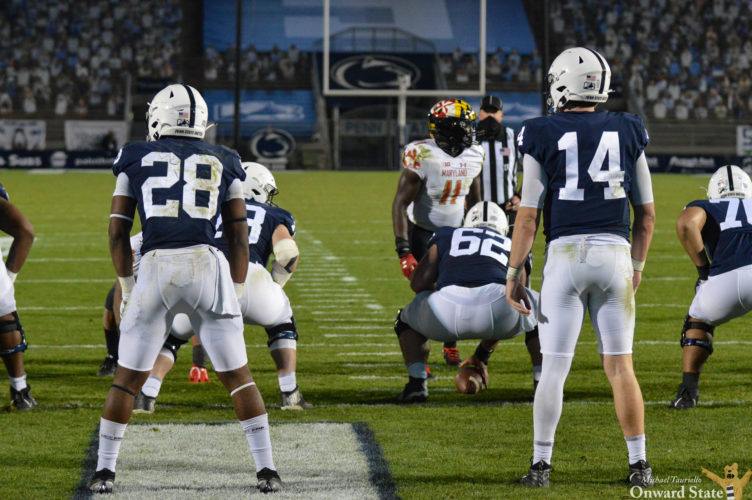 Clark’s journey to Happy Valley began in a unique way. After being born in Minnesota, he and his family moved around quite a bit due to his father’s job at The Hershey Company.

“I was born in Minnesota, then I moved to Illinois, Arkansas, then I spent a couple of years in China,” Clark said. “Then, I moved over here in fourth grade.”

Even though he spent a lot of his younger years moving around, sports were always a big part of Clark’s life, and he became a three-sport athlete just like his dad.

“My dad, he was just like me. He played football, basketball, baseball,” Clark said. “I always wanted to play quarterback growing up, and he played quarterback in high school, and he was always kind of pushing me towards that.”

His father’s hope was finally realized in Evan’s freshman year at Manheim Township. Although he started playing football all the way back in first grade, Clark didn’t start playing the quarterback position until high school. He had always been a receiver before he was given the opportunity to play quarterback by Township head coach Mark Evans.

Clark’s arm on the baseball field was one of the main reasons Evans took notice of him. Clark said that after seeing him pitch and play the outfield, coach Evans wanted to give the young receiver shot at quarterback.

Clark capitalized on that opportunity and threw for 1,505 yards and 18 touchdowns with a 69.5% completion rate this past fall. He did all of this in only seven games without throwing a single interception. Clark added 339 yards and four scores on the ground, all of which earned him 6A All-State honors.

“This is just my first year actually starting at quarterback,” Clark said. “I never really had that much experience.”

Clark also remarked on the uncertainty surrounding his senior season due to the COVID-19 pandemic. As always, the virus left his team with more questions than answers over the past year.

“We didn’t even know if we were going to have a season coming in,” Clark said.

Even though Manheim did end up playing in the fall, it was with a largely untested group. Because of Township’s massive 2020 senior class, only a few underclassmen played that season, leaving the class of 2021 without much in-game action to build on.

If his senior season stats are the kind of numbers he put up without having much prior experience, a few years of development at the Division I level might lead to the emergence of a true star.

At 6’3” and 215-pounds, Clark has the size to excel at a number of different positions at the collegiate level, namely tight end and linebacker, and has been asked about a potential position change at Penn State many times. The goal, for now, remains to play quarterback.

“I’m definitely going there for quarterback to start,” Clark said. “But I think [the coaching staff] sees my versatility and they think if it doesn’t work out at quarterback, or if they feel like they can use me somewhere else, I’ll do anything I can to get on the field and help the team.”

His versatility is what sets him apart from other recruits in similar situations, but the hope is that Clark will eventually get an opportunity under center.

With the transfers of Will Levis and Micah Bowens already this year, Penn State’s future at the quarterback position after Sean Clifford leaves is murky at best. Ta’Quan Roberson is the only other quarterback with any experience on the roster, while incoming freshman Christian Veilleux arrived this spring. Run-ons Mason Stahl and Clark round out a very inexperienced position group.

To add to the mounting struggle, Clark said he has yet to meet any of his teammates or set foot on campus.

One thing he has to look forward to in the coming years is a reunion with his top target at Manheim Township. Wideout Anthony Ivey, a four-star Penn State commit, will rejoin Clark in Happy Valley after he graduates in 2022.

Playing with elite talent such as Ivey will become the norm for Clark when he begins his time at Penn State. Clark relishes the opportunity and he is thankful to his coaches who encouraged him to make the switch to quarterback.

While he will likely redshirt his first season at Penn State in favor of Clifford, Roberson, and Veilleux, the future is definitely in Clark’s favor if he can capitalize on opportunities and prove himself to his team. 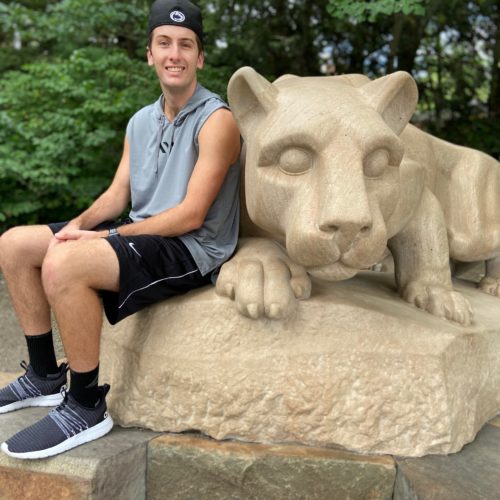 Matt is a junior majoring in broadcast journalism from a little town called Parkesburg in Chester County, PA. More often than not, you can catch him yelling about the Phillies and the Steelers on his Twitter (@mrudy26). Matt is also an elite wiffleball pitcher and is not afraid to back up that claim. Direct all wiffleball challenge invitations, or other legitimate requests, to [email protected] 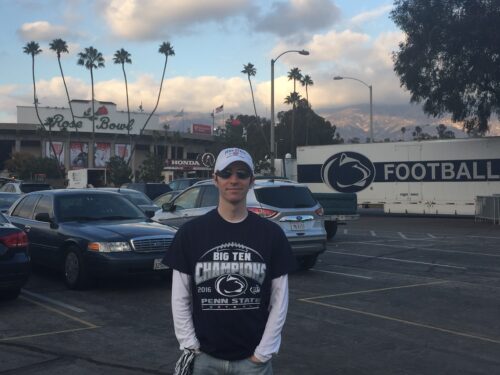 Dan Cronin’s decision to attend Penn State kicked off the start of a successful career in sports media as a three-time Emmy-winning producer for MLB Network.