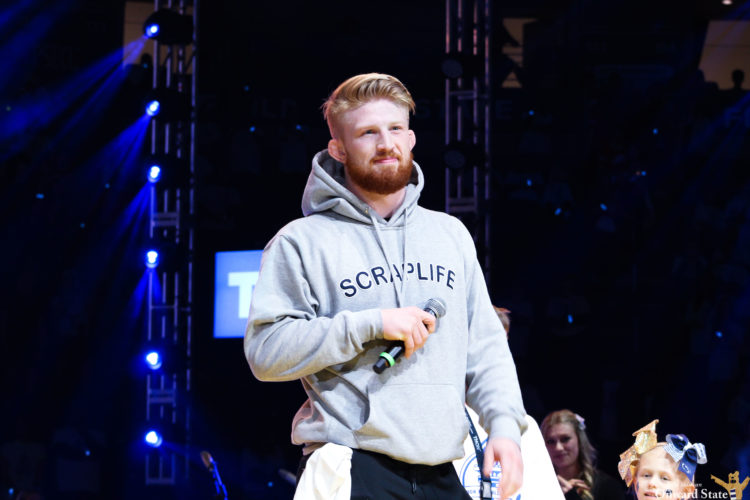 In Nickal’s amateur MMA debut Friday night, a national audience tuned in through a pay-per-view program to watch him take on fellow middleweight fighter David Conley.

Although the match ensued a lengthy main event featuring Instagram influencers Supreme Patty and John Gabbana, Nickal secured the victory with a submission via an arm-triangle choke against David Conley in round one. Conley came into the event with only one fight and one win on his record. He was ranked 194th out of 433 amateur middleweight fighters in the United States’ southwest region.

Despite defeating an inexperienced opponent, Nickal answered the call as to what kind of fighter he would be on a professional circuit.

Most wrestlers struggle to develop into elite strikers in MMA. Nickal’s first attempted strike came within the first 15 seconds of the fight when he attempted a head kick that did not land but was executed well. His boxing ability wasn’t necessarily showcased in the fight, as he jabbed at Conley only briefly before showcasing his signature move.

Nickal is arguably the most qualified wrestler to enter the MMA scene since Ben Askren. When he place an initial double-legged move on Conley, it was apparent the three-time NCAA Champion had the upper hand in terms of strength and grappling ability. If the fight were set in a true cage environment instead of a boxing ring, which caused a brief stoppage to retrieve Conley out of the ropes, the event would have ended almost immediately.

Conley got back to his feet for almost 20 seconds before Nickal took him to the mat once again. While on top of Conley, Nickal did land multiple head strikes, but nothing too significant. Eventually, the inevitable happened when Nickal maneuvered his way to Conley’s back and trapped his own arm around his neck to secure the submission.

Nickal joined the likes of fellow Nittany Lion great Ed Ruth, Phil Davis, and Bubba Jenkins by making his debut Friday night. Based on his initial efforts, there is significant reason to believe he can be the first Penn Stater to make it to the UFC.

During Nickal’s preparation to try and make the 2020 Olympic Games, he helped train UFC BMF champion Jorge Masvidal for his two welterweight fights against Kamaru Usman. During an interview with ESPN’s Ariel Helwani, Masvidal had some high praise for Nickal and the other Nittany Lions who trained with him.

“I can’t do nothing to that dude in wrestling, man,” Masvidal said. “That’s the guy to look out for, man. Bo’s a stud. He came down with a couple guys [including] Anthony Cassar who’s a champion from Penn State. The future’s looking bright for the American Top Team, man.”

Last month, Nickel said he is fully transitioning his skillset into the MMA and plans to go fully pro in 2022. Although he still has a long hard road ahead, the former wrestling has shown visible strides throughout his transition to a different aspect of fighting. 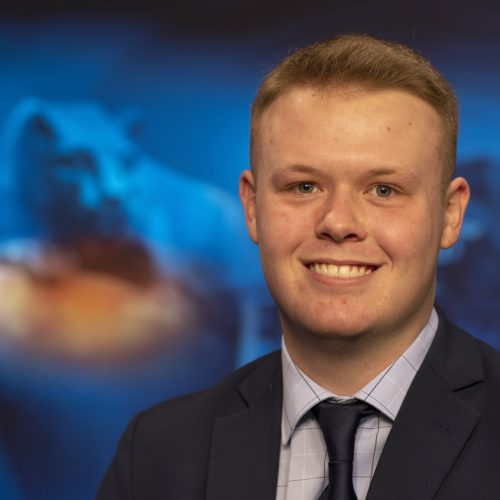 Jordan Mansberger is a junior at Penn State majoring in Broadcast Journalism. He is from Cassville, Pennsylvania. He is a huge Pittsburgh sports fan as well as his Denver Nuggets. When he's not working, he can be found instigating Twitter beef with Padres fans and Antonio Brown or practicing his sub-par golf game. 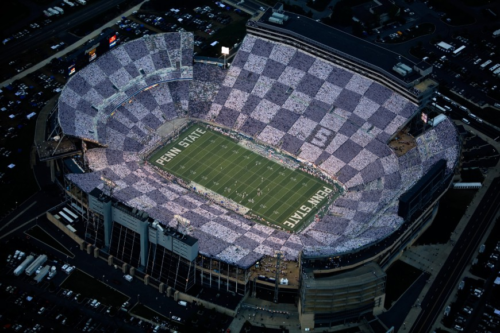 More Crowd Designs We Want To See At Beaver Stadium

Why stop at White Outs and helmet stripes?