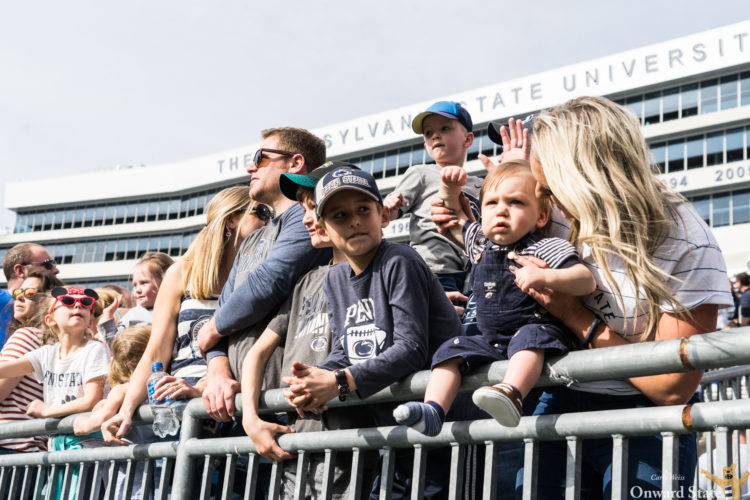 Kickoff is tentatively scheduled for early to mid-afternoon, according to Penn State Athletics. The game is usually broadcasted on the Big Ten Network, too.

Penn State said more details about the Blue-White game should be announced after the Nittany Lions’ 2022 season wraps up. For now, take solace in the fact that one of Penn State’s best spring traditions is finally coming back.

Penn State’s 2020 Blue-White game was slated for April 18, 2020, but it was eventually canceled due to the onset of the COVID-19 pandemic. A 2021 Blue-White game never came to fruition, either.

The most recent Blue-White game in 2019 brought more than 61,000 visitors to Beaver Stadium, while thousands more tailgated outside the stadium. The annual event serves as a reunion of sorts that doubles as a chance to see the culmination of Penn State’s spring practices.

In the meantime, Penn State will begin the second half of its season by hosting Illinois on Saturday, October 23. Kickoff is set for noon on ABC.