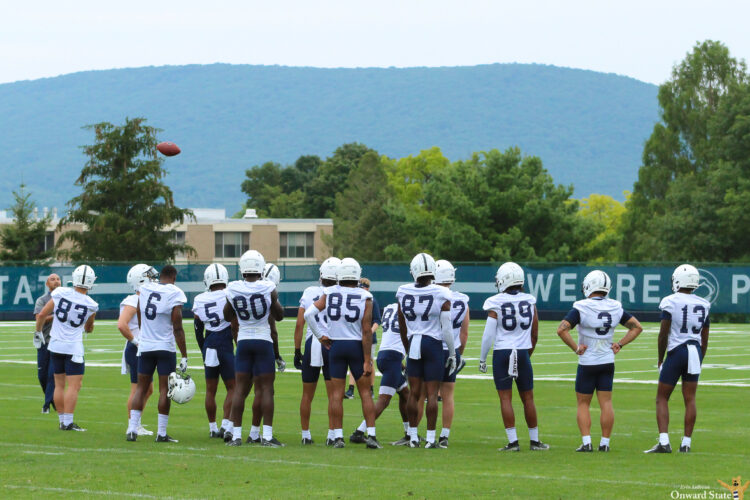 Even though the Nittany Lions lost to Iowa just a few days ago, there are still few legitimate bones to pick with Penn State football’s play this fall.

However, that’s not stopping State College Councilwoman Theresa Lafer and a few other neighbors from raising concerns with Penn State playing simulated crowd noise at outdoor practices on weekday nights. According to a recent email chain, Lafer encouraged residents in State College’s Highlands neighborhood to report the noise so it “does NOT become a repeat experience.”

As borough official Douglas Shontz noted in a forwarded email, Beaver Stadium, plus other portions of Penn State’s east campus, fall under College Township jurisdiction, likely preventing them from any effects of State College ordinance enforcement.

Some community members quickly shot down Lafer’s idea once the email chain was posted online.

It’s a shame , we all want PSU to win their games , crowd noise is a big part of PSU football . Get the best practice available so it doesn’t bite them at game time . If people don’t like the noise , why did they buy so close to the stadium ?

Since the Football practice field is on Campus, not subject to their silly ordinance, right? The good citizens of State College continue to amaze. Want the perks of the College town w/o the hassles.

People suck, im playing ACOUSTIC music at an outdoor festival this weekend, but im made to play indoors cuz of noise ordinance. At 2 in the afternoon

Theresa Lafer attempting to destroy any semblance of fun in state college? Not even remotely shocking

Is this another situation where she "might have a small insane moment where I shoot somebody" like she had with the noisy trucks? Lady is insane

Exactly what comes of the neighbors’ raised complaints remains to be seen, but it seems incredibly unlikely Penn State would change its practice habits midway through the season as the No. 7 team in the country. Perhaps we’ll hear from some neighbors at the next Borough Council meeting.