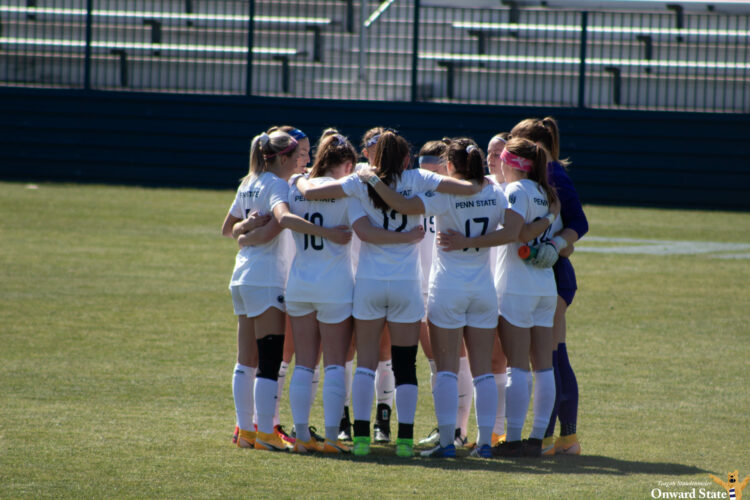 Two swift Michigan goals proved to be too much for the Nittany Lions to overcome in rainy and cold conditions.

The Nittany Lions are currently in a four-way tie for fifth place in Big Ten rankings, vying for a spot in post-season competition. The Wolverines are sitting well at third place and playing to obtain a match at home in the Big Ten tournament.

The Nittany Lions and the Wolverines both demonstrated a fast-paced offense in the first half, with each team finding several opportunities to score. While neither team put shots directly on goal, it was clear that both Katherine Asman and Michigan keeper, Hillary Beall, would be particularly active in the remainder of the match.

In the 18th minute, Raleigh Loughman found the back of the net to put Michigan on the board first. A cross from Dani Wolfe just outside of the penalty box gave Asman little time to react to a swift strike from Loughman.

In response, Penn State quickly countered, and Jordan Canniff found Ally Schlegel for a header. Schlegel misjudged the cross and could not convert. This was the Nittany Lions’ first real opportunity of the match in the 19th minute.

Following lots of back and forth from both teams, Kerry Abello battled through two aggressive Wolverines and was able to take a shot. Although it went high over the crossbar, Michigan defender Sydney Shepherd was dealt a yellow card for her attempt to take down Abello in a goal-scoring opportunity.

With ten minutes remaining in the first half, Penn State converted to a 4-2-3-1 formation in an attempt to slow down the Wolverine offense.

Penn State left the pitch down one goal at halftime, however, several formational changes and substitutions had yet to take effect before the whistle at the 45th minute.

In the 55th minute, Michigan had a massive opportunity to extend the lead to two goals. The crossbar saved Asman and the Nittany Lions from a huge Wolverine counterattack.

Asman made a huge save in the 73rd minute to prevent another Michigan opportunity. Asman continued to shine during the second half and held the Wolverines to one goal.

In the 85th minute of the match, freshman defender Mieke Schiemann misplayed a pass back to Asman that was intercepted by Dani Wolfe. Wolfe found herself in a race with Asman outside of the goal box to reach the ball first. Asman attempted to clear the ball, only for her clearing strike to deflect off Wolfe and bounce into the Nittany Lions’ net.

The second goal that came five minutes before the final whistle was an unfortunate way to end a consequential match for Penn State.

Penn State will wrap up its Big Ten season and head to East Lansing to face Michigan State. Kickoff is scheduled for 1 p.m. on Sunday, October 24.

Keeley is a first-year journalism major hailing from Richmond, Virginia. In her free time, you can find her DoorDashing quesadillas or religiously listening to Harry Styles. If you would like to get into an argument about the superior Jonas Brother, feel free to contact her on Twitter @lammkeeley or via email at [email protected] The only correct answer is Kevin Jonas. 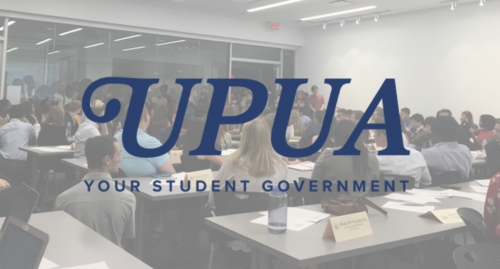 Share via
Penn State Women\'s Soccer Outplayed By Michigan In 2-0 Loss
https://onwardstate.com/2021/10/21/penn-state-womens-soccer-outplayed-by-michigan-in-2-0-loss/
Follow @onwardstate
Send this to a friend