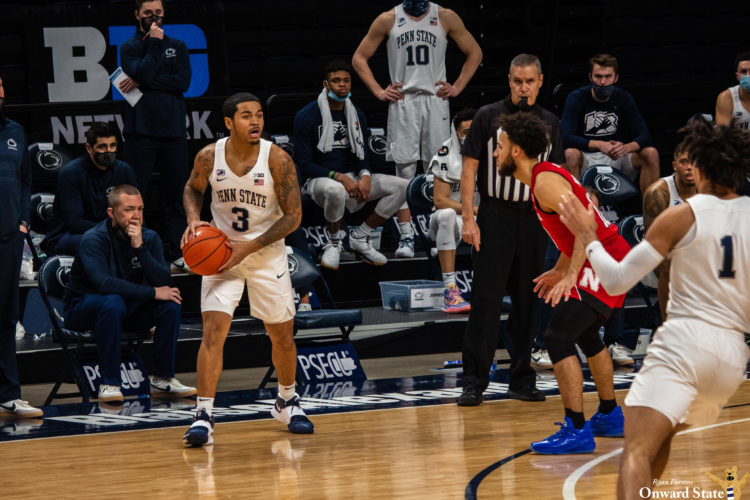 Penn State men’s basketball player Sam Sessoms was an integral part of the team last season. He was one of the best players coming off the bench and was expected to continue this role as a leader for the new-look Nittany Lions.

But then, this fall, tragedy struck the Sessoms family.

On September 16, Sessoms’ father and brother were shot in their home in Philadelphia. His brother died at the hospital, while his father ended up in stable condition.

This tragedy, as one would probably think, affected Sessoms in a lot of ways. He started a GoFundMe to cover the funeral expenses and other related costs that raised $67,787 altogether. Nittany Nation stepped up to help out his family, and his teammates have done the same since the news broke.

“To see Sam’s strength in what he’s been through, and to see the Penn State community rally and support him, has been awesome,” John Harrar said. “I try to be his friend. We’re teammates, obviously, but I try to help him in any way I can.”

Head coach Micah Shrewsberry shared the same sentiment as Harrar, though he has a different role as a coach compared to a teammate. In a way, basketball has been therapeutic for Sessoms.

That work he has put in, despite this horrible tragedy being in the forefront of his mind, has paid off. His teammates have noticed, and have complimented how much he has improved in terms of his game on the court.

“He looks amazing,” Harrar said. “He’s getting downhill faster than he has, and he is really shooting the ball well. He’s putting his best foot forward every day.”

Small forward Seth Lundy also agreed and shared a similar belief in how Sessoms’ game is growing and getting better.

“I think Sam is going to be a way better player and have a way better impact than a lot of people think,” Lundy said. “His improvement over the summer is great, and I have seen a lot of strides from him in a lot of different aspects of his game. I feel like he can also be a leader on this team and be a vocal leader. He’s going to have a big impact on the team.”

In situations like this, however, it is important to note that basketball does come second. It is great to hear that Sessoms has practiced well and found an escape while on the court. However, it is also important to know that his physical and mental health should be prioritized over basketball every single time. That’s something Shrewsberry is trying to place an emphasis on entering his first season leading Penn State’s program.

“For any kid across campus, mental health and wellness is a huge issue that we should be dealing with,” Shrewsberry said. “Not just basketball players — all college students. And that’s something that we’re concerned about.”

Knowing that Shrewsberry has Sessoms’ back on and off the court is key, especially in a situation like this. Sessoms has obviously gone through a lot, and having a new head coach emphatically support him and taking care of his mental health while also pushing him to improve his game is what every player should hope to have.

No one should need to go through a situation like this, but Sessoms is clearly a tough person. And with a whole staff, team, and fanbase rooting for him every step of the way, the sky could be the limit for Sessoms in his second year in Happy Valley. 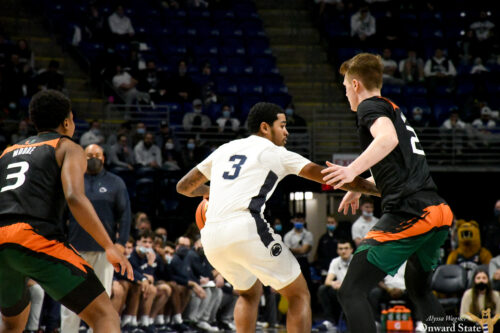 Share via
Penn State Hoops Rallies Around Sam Sessoms After Tragic Summer
https://onwardstate.com/2021/10/26/penn-state-hoops-rallies-around-sam-sessoms-after-tragic-summer/
Follow @onwardstate
Send this to a friend