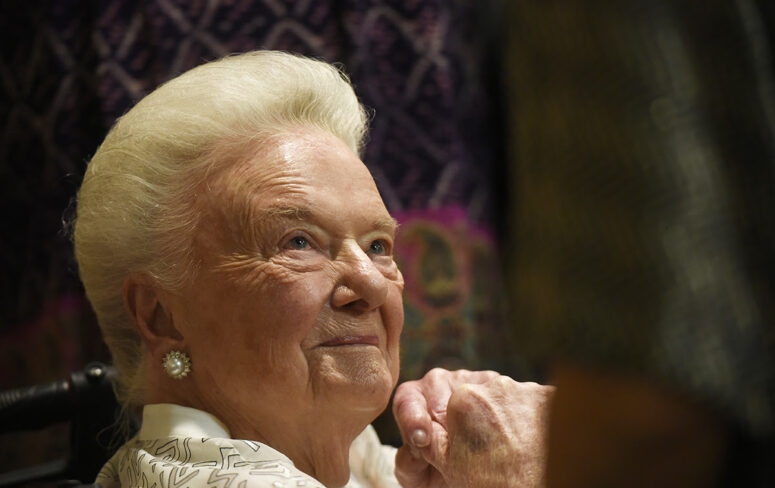 Joan Schreyer, the patron of Penn State’s Schreyer Honors College, died Tuesday morning following a battle with “a short illness,” according to the college. She was 92.

Penn State is expected to share information and plans for a memorial service for Schreyer soon.

Schreyer and her husband, William, helped rebrand and officially name Penn State’s honors college in 1997 thanks to a $30 million gift. Penn State’s University Scholars Program, launched in 1979, preceded the current college. The Schreyer family followed up with an additional $25 million gift in 2006 that helped the college continue expanding.

So far, the Schreyer Honors College has produced more than 15,000 alumni worldwide. More than 1,900 students were enrolled in the college throughout the 2020-21 academic year.

“The vision and generosity of the Schreyer family is timeless, and we are most grateful for everything they have given to create this remarkable experience for Scholars at Penn State,” said Dr. Patrick Mather, the college’s newly hired dean.

Mather said Schreyer’s passion for helping others was shown in full display when she welcomed him to campus over the summer.

“Before my arrival this summer, I had the honor and great pleasure to meet with the Schreyer family and that visit left an enormous impression on me,” Mather wrote. “Mrs. Schreyer and her daughter DrueAnne and their family welcomed Tara and I with warmth, grace, and humor, and I am most appreciative for the time we spent together. I also greatly value the trust they placed in me as the new dean of the college that bears their name.”

William Schreyer graduated from Penn State in 1948 and later became a university trustee and the CEO of Merrill Lynch & Co. There, he met Joan, who later became an honorary Penn State alumna.