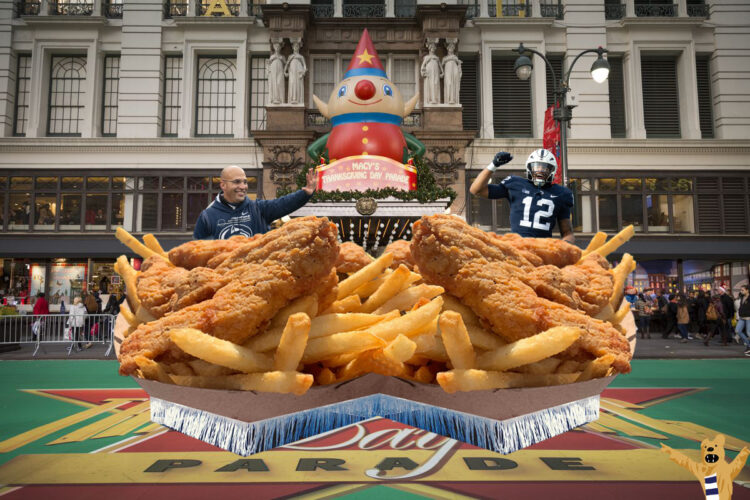 That got us thinking…Wouldn’t a parade be better with some touches of Penn State? To get into the holiday spirit, our staff brainstormed a few local favorites that would make for great parade floats.

The Willard Preacher likely needs no introduction. The only item that could be more recognizable than Gary Cattell himself is his iconic red sweatshirt.

Although he almost certainly won’t be interviewed at this year’s parade, our podcast, Podward State, sat down with Cattell last week to learn more about his iconic attire.

A Pitcher From The Gaff

No night downtown is complete without a trip to the Shandygaff for a few pitchers — especially if you’re in the mood for Wednesday night karaoke. These pitchers are a staple, and they’re an absolute must for any Penn State-themed parade.

Year after year, the best tradition in college football takes over Happy Valley. The Penn State White Out brings together nearly 110,000 people, and every one of them is in awe of the fantastic coordination of the Beaver Stadium stands.

The student section is handed shakers (not pom-poms), and during a White Out, the shakers seem to move to the same rhythm. A shaker float would look great flying in the cool November air at a Thanksgiving Day parade.

While fans can find chicken baskets in other venues on campus, Beaver Stadium’s are the real icons.

Thanksgiving is a holiday dedicated to turkey. However, Penn Staters are thankful for their chicken tenders after a long morning or afternoon of tailgating. The only controversial question that should be avoided at the dinner table tonight is, “What sauce do you use with yours?”

Sometimes, you may be walking by Sackett and Willard and asking yourself, “Hey, what’s that weird and tall rock structure?” Well, that would be the Obelisk. This 33-foot tall structure is a campus icon, and we’d certainly get a kick out of it if it confused parade-watchers like it confuses most folks walking by on campus.

If you are a student at Penn State, chances are you’ve taken a ride on the White Loop — a bus that unites us all and serves as the setting for several stories from your undergrad years. But, there’s just something about that little beep when someone pulls the yellow wire to signal a stop that has become as much a regular part of our day as coffee in the morning has.

Penn State wouldn’t be the same without the Symbol of Our Best pumping up the crowd, crowd surfing, representing the university here, there, and everywhere. If the Nittany Lion wasn’t in the parade, you might as well not watch. 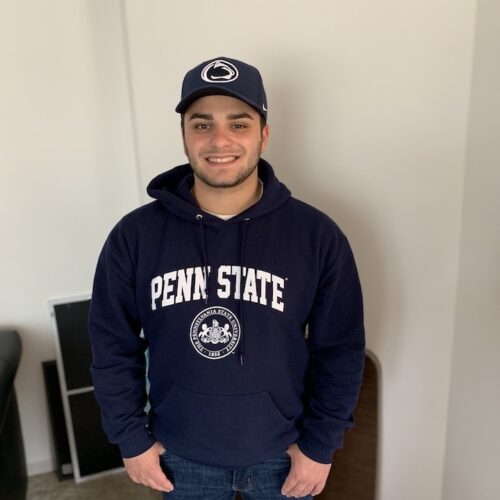 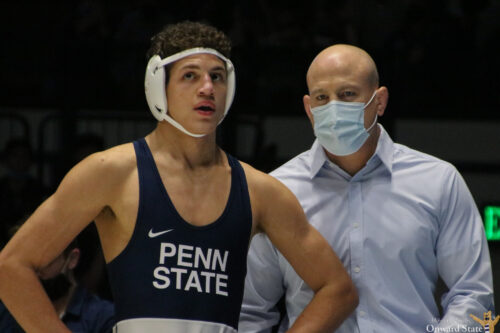 The Nittany Lions took on a talented Lehigh team for an in-state battle in their toughest test of the season so far.