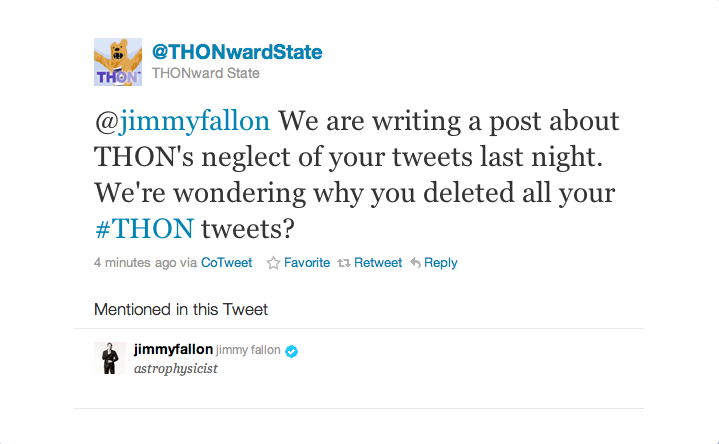 We at Onward State are perplexed.

Famous late-night host and SNL alum Jimmy Fallon, who has apparently been following @THON on his Twitter account, requested late last night that DJ Larry Moore play either a Roots song or his own “Idiot Boyfriend.” If one of these songs was played, he promised a donation of $1,000. He then expressed his lament at receiving no reply from @THON but said he’d donate the money anyway. We reassured him that we’d see what could be done about his requests. However, it has come to our attention that all THON-related tweets have since been deleted from Fallon’s account. They seem to have vanished without a trace.

The question is, why? A donation to a philanthropy that works to fight pediatric cancer would be great publicity for Fallon, especially displayed on a social media site like Twitter. Beyond the possibility that he might get spammed by other causes after seeing this conversation, we can’t see any other negative affects it could have.

It also begs the question: is THON still getting his donation? The removal of these tweets does not necessarily mean he won’t still follow through on his word, but we can’t be sure. So we’ve decided to appeal directly to him one last time. 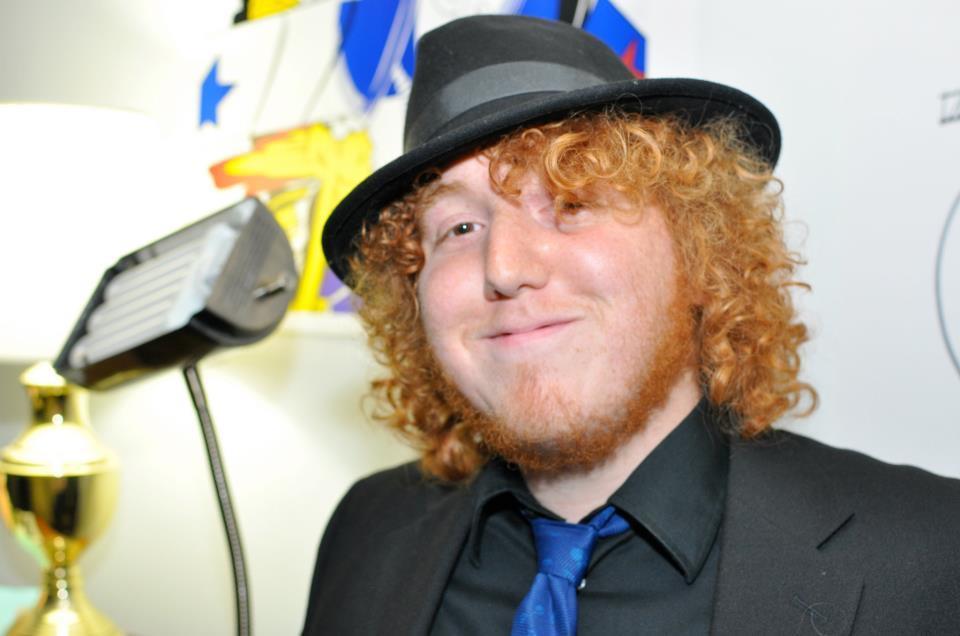