Movin’ On: Glass Half Empty 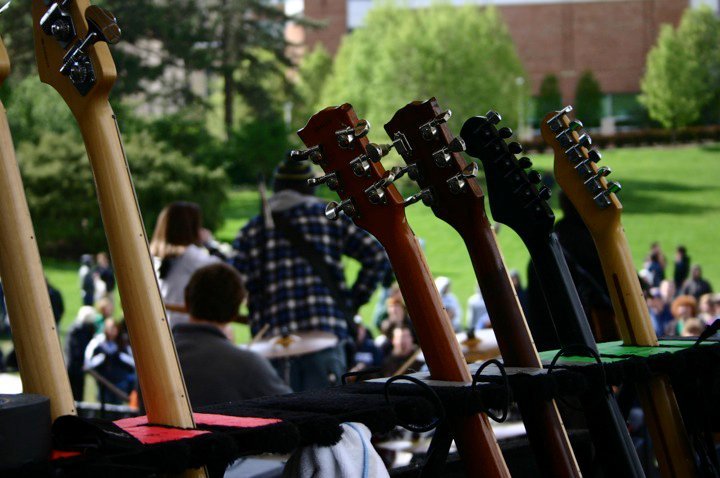 Okay. So Penn State pools together almost a quarter of a million dollars for all the end-of-the-year concerts to combine and ultimately become one epic music experience that (should) provide most of the students with some entertainment.

Maybe you’re like OS writer Evan Ponter, who wants to embrace the concert regardless if it appeals to him specifically. He had high hopes for the concert, and when the acts were announced, didn’t seem too let down (he fancies a lil’ Lupe).

I, on the other hand, was extremely disappointed when the acts were revealed, despite the fact I had already heard the lineup two weeks prior. For two weeks I kept thinking, “Don’t worry, it’s just a rumor. PSU wouldn’t waste our money on a shitty 90’s rock band would they?”

As Onward State’s resident pessimist (though I’m not as bad as Devon), I took, with little to no effort, the stance I had already predicted I would have: disappointment and disgust. Maybe Evan took the glass-half-full approach but from where I see it, the glass is fucking empty.

As the news began to filter through about Movin’ On, surveys were issued and bands were suggested. Maybe you know a thing about music or two and wanted to see Arcade Fire or even just wanted to dance the night away with someone like Pretty Lights and Bassnecter. Or maybe you just thought that as long as they brought Cudi, it would be worth it. (Oh, and by the way, Syracuse getting Nas, Damien Marley, and Cudi definitely beats us any day.)

Yes, there were complications with scheduling and routing availability for certain artists. I know people will bitch: “this was the best they could do with what they have.”

And to that I say, really?

The lineup is primarily O.A.R, Lupe Fiasco, and some country band called Little Big Town. I have nothing against country and knew they would bring an artist of that genre that I don’t listen to, but I would support anyways (at least they are Grammy nominated, but they cost $45,000). The only time I will say this is in regards to Movin On: well done. At least one act that you paid for is recognized as musically talented (and not just by radio success).

The two headliners could not have been a bigger waste of money than just rolling a joint with the $250,000 check. Lupe, whose booking costs at minimum about $50,000, doesn’t even like his own album that he just released. Yes, he has some older tracks that will be cool to hear live, but aren’t there a slew of better rappers that we could have booked? There’s Drake, Eminem, HOVA, Snoop Dogg, Wale, Wyclef, Mos Def, or even Kanye.

I’ll be honest; the only Lupe I even know is “Lasers” because it flopped so badly on release. Maybe Movin’ On didn’t anticipate his new album to be shit, but make a judgment call: if his old stuff is only mediocre, why would the new be any different and why would you want him to play here?

Now comes the cream of the crop: the shittiest of the shitty, a 90’s band that even our parents now listen to, will be the main act for this so-called “student festival.” First, O.A.R. played at PSU Altoona 2 years ago to a barely half-full audience, playing an album that still sits as their newest release. When they played, the crowd was as excited as they could be for a crappy radio sell-out band that they pretended to like.

Now the band is coming here, with very little new material (new album my ass). I can only imagine what they paid for them to play, since Altoona spent around $45,000 as they were going mainstream radio at the time. As for the fact they sold out Madison Square Gardens twice, wait, I don’t care. Shit, Dane Cook can sell out MSG and he’s only one no-talent douchebag when O.A.R is comprised of five no-talent douchebags.

I’m sure there are plenty of snide comments you can make to critique my argument depending on what side you favor, but the reality of Movin’ On is that we, as students, already paid for it. The Student Activity fee, which is as useful as nipples on men, is used towards this concert. So next time you realize you have to decide between doing laundry or eating, remember the extra $300 or so you get charged every semester could be better used so you could eat and do laundry the same day.

In the end, it looks like the three headliners cost at minimum about $150,000, without factoring in transportation, equipment, and advertising. Just thinking about that number is disappointing when an up-and-coming band like The Gaslight Anthem only costs $25,000 (or when even rock-veterans Against Me! only cost $20,000). Yes, these are only two bands in the rock genre, but extrapolate to your own favorite bands. Actually, just look at this website for what your favorite band might cost versus the overpriced acts Movin’ On booked.

I could list a hundred artists that Movin On’ should have tried for and I guarantee that no matter what people say, the overall chair persons of the event have the final say. I wrote several articles leading up the event, with suggestions as well as others who commented on it, but none of them even seemed considered by the direction the Movin’ On board took.

I may end up stopping by the concert so I can at least back-up my assumptions and proceed to bash it in another post after the event, but all I know is the only band I actually want to see at Movin On’ is the Zak Sobel Band because they are some of the few real musicians on the lineup.

So thanks bros (or whoever the fuck actually wanted O.A.R.) for the biggest waste of $250,000 I’ve seen yet in my life. Don’t worry; I’m sure you all will top your stupidity next year when you get a bigger budget to waste on shitty artists that we liked when we were in high school. 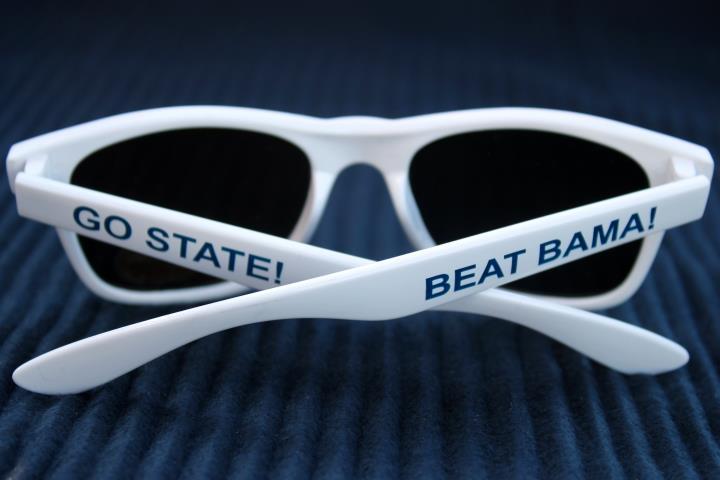