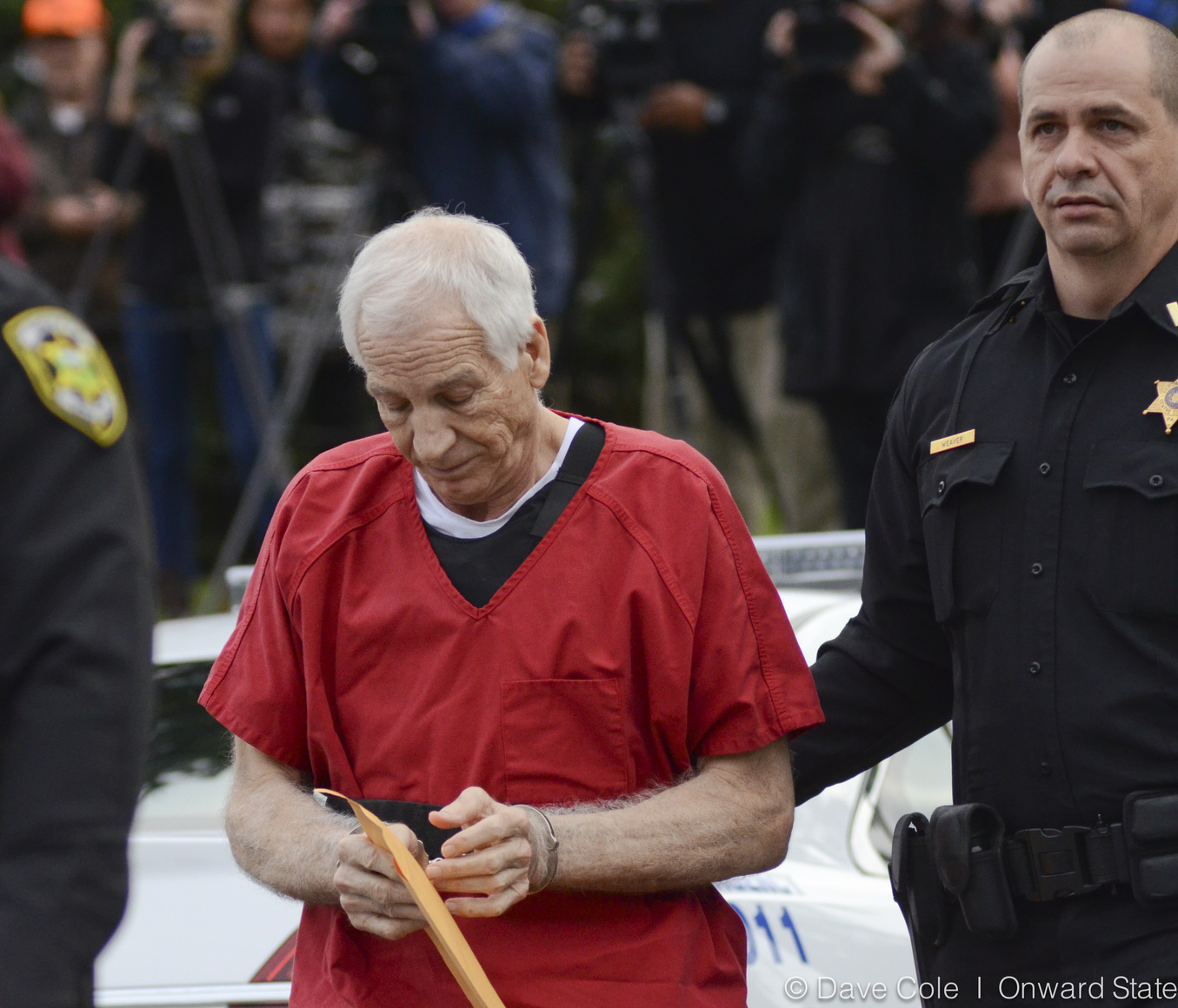 Joe Amendola filed several post trial motions today at the Centre County Courthouse asking for a modification of Jerry Sandusky’s sentence, which will likely lead to an appeal for his client on a number of grounds that his trial was not conducted properly. The 31-page document outlines a numer of complaints that claim Sandusky did not receive a fair trial, which resulted in a conviction on 45 of 48 counts and a minimum 30 year jail sentence.

The defense team claims that the evidence was not sufficient enough to convict under the criminal code. The defense also cites the fact that Judge Cleland allowed hearsay testimony from the Lasch Building janitors to be presented as grounds for appeal.

The motion also claims that many of the charges were nonspecific, and suggests that the statue of limitations for many of the charges may have expired. It also includes — as Amendola has argued all along — that the defense did not have adequate time to prepare for trial as grounds for an appeal.

In another motion, Philadelphia based lawyer Norris Gelman also entered an appearance to represent Sandusky, joining Joe Amendola and Karl Rominger. It is likely that Gelman will become Sandusky’s appeals attorney, assuming Amendola testifies as incompetent to help Sandusky in the appeal process.

The full document, along with all of the complaints, can be found below: