On the gridiron, senior linebackers Gerald Hodges and Michael Mauti have a lot in common.

Both strike fear into opposing offenses and have become leaders on this opportunistic Nittany Lions defense. Their season statistics are pretty similar too:

The statistics still do not tell the entire story, though. Their high energy and passion combined with natural ability has led to both players winning Big Ten Defensive Player of the Week so far. Their efforts recently landed them both as two of the twelve finalists for the Butkus Award, given to the nation’s top collegiate linebacker. “They play extremely hard which is the number one thing in defensive football,” said Bill O’Brien at his weekly Tuesday press conference.

Step off the field, and some of the similarities begin to fade away. Mauti’s face is recognizable. The fifth year senior carries his emotions on his sleeve, unafraid to call out Mark Emmert, Illinois, negative columnists, or anyone else who provides him with a good reason to be mad. Hodges is a bit more reserved and leads by example.

“On the field, we play with the same level of intensity and nastiness, but off the field, Mauti cannot sit still,” joked Hodges. “Even before games, he always has to be moving around. I’m more of a relaxed person,” said the senior linebacker.

Mauti joined the program in 2008; Hodges, the year after. Unfortunately, injuries have often kept them from seeing the field together. Until now. Mauti missed the 2009 season with a torn ACL. He was back in 2010 but Hodges missed a decent chunk of the season with a broken leg. When he finally returned, Mauti had hurt his shoulder and was not playing as often due to the injury. Last year could have been the breakout season if not for another torn ACL suffered by Mauti in late September. Hodges exploded onto the scene on his own, and now the two are making up for lost time together.

“They’re crazy back there. They have all the energy in the world and go full speed on every play. You feel more comfortable taking some chances in passing situations knowing those guys are back there,” said defensive tackle Jordan Hill.

While he loves playing on the same unit as the two standout linebackers, he warns anyone who will listen not to forget about the other guys like Glenn Carson and Mike Hull. “Carson is a good linebacker too. It’s easy to get overlooked playing between those two guys, but he’s making a lot of calls for us [as the middle linebacker]. He’s the guy behind the scenes,” explained Hill.

Mauti, Carson, and Hodges were the starters coming into the season. Their jobs were clear, but Mike Hull’s was not. After a stretch of solid games that included an fumble recovery returned for a touchdown against Navy and an interception last week against Iowa, Hull is firmly entrenched in the defense.

“Coach O’Brien always says that everybody has a role on the team. Mike Hull’s role is to come in and contribute, and he’s done exactly that in many ways. He’s a playmaker,” said Hodges.

Come Saturday night, much of the responsibility of containing the dangerous Buckeyes running tandem of quarterback Braxton Miller and running back Carlos Hyde will fall on the linebackers, specifically the two seniors. “They really enjoy playing with each other. Mike makes a play, and Gerald is jumping on his back celebrating with him. The same exact thing happens when Gerald makes a play,” said O’Brien.

Mauti and Hodges — finally playing together. Alike on the field and different off it. Both are potential difference makers in a few days.

Quote of the Day: 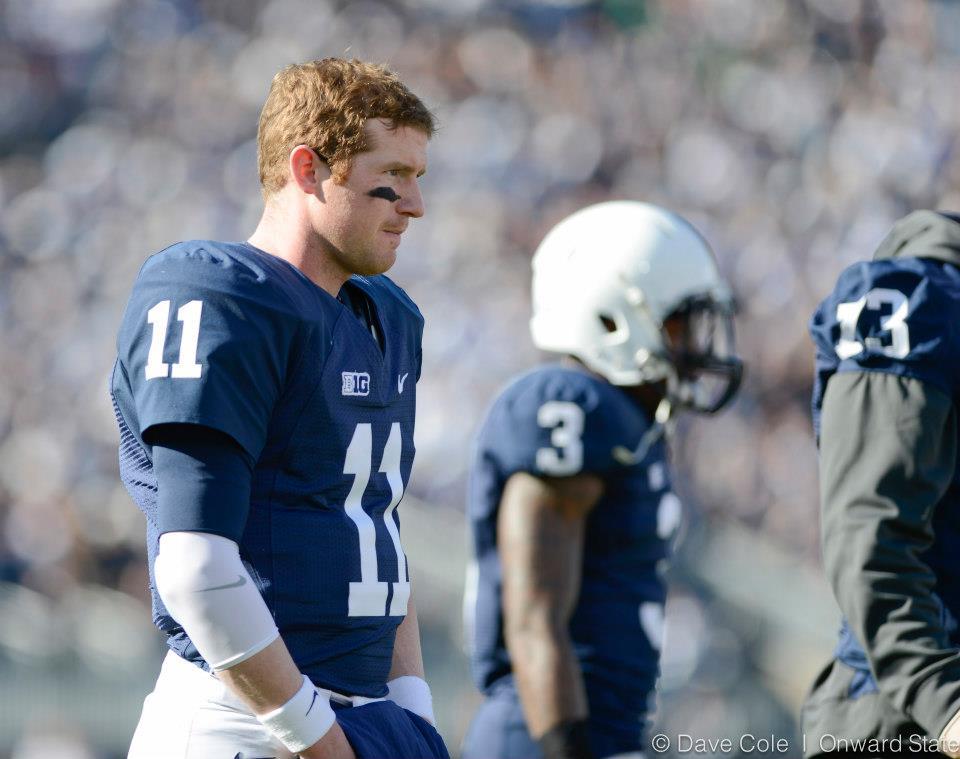