For this week’s love stories, we bring you three new couples—one of which shares a wedding anniversary with Sue and Joe Paterno. Allow me to introduce…

They first met: During the first week of their freshman year at Penn State Hazleton in 2003. He stopped in her room to ask if she had seen his cousin. “I think that in that moment when he turned around, and I saw his blue eyes for the first time, a little part of my heart knew that he was the one,” Megan said.

What happened next: They ran into each other a few weeks later outside of their dorm and formal introductions were made. Their paths kept crossing over the years until they finally went on an official date in 2008.

And they’ve been together: 5 years

Their soundbite: “In the past couple of years, people seem to focus on the bad stuff that happened at Penn State, but I truly believe that good people go to Penn State. They meet, they interact, and sometimes—if they’re lucky—they fall in love. No matter what anyone says, and no matter what happens, I will always love this school. Without it, I would not have my best friends and never would have met the love of my life. For that, I will be forever grateful and faithful to good ol’ PSU!”

They first met: On the first day of class. She was trying to find the class where she needed to be in five minutes, so she stopped him for directions. Not only did he give her directions, but he walked to the class—at which point he asked for her number.” Frantically, I gave it to him and darted off to my class with a quick ‘OK, thanks, bye’ as my departure,” Blair said. “I must admit, it was not the kindest or most romantic exit on my part as I abandoned my helper on the sidewalk for a literature class.”

What happened next: They went on their first date not long after that, and considered themselves a couple by the second date.

And they’ve been together: 3 years and 8 months

Their soundbite: “[Patrick] was my ‘knight in shining armor’ who came into my life both when I least expected and needed him the most. Despite the rough patches, Patrick never failed as my rock and through his love and support, I have made it to where I am today.”

They first met: When they were both working downtown at MBNA bank, which has since closed. She was a sophomore and he was working while enjoying post-college life. While it wasn’t love at first sight—plus, she had a boyfriend at the time—she always thought Jared was adorable.

What happened next: The next year, after Melissa’s previous relationship had ended, she was at work one night and Jared was there, too. Having just pulled an all-nighter and still feeling that post-exam delirium, Melissa decided to ask him if he wanted to get something to eat. (“I think he turned purple and then agreed,” she said.) They ended up going to Champs and talking for three hours, eating not one bite of their food.

Now they’re: Married (They happen to have the same wedding anniversary date as Sue and Joe Paterno: May 12.)

And they’ve been together: 9 years

Their soundbite:  “At the end of [our wedding] night in State College, we went to the Skeller while I was wearing my wedding dress and ate Bell’s pizza at 2 a.m. It was the best day ever.”

Check back next Friday for some more Nittany Lion love — and feel free to submit your own story about how you fell in love at Penn State. 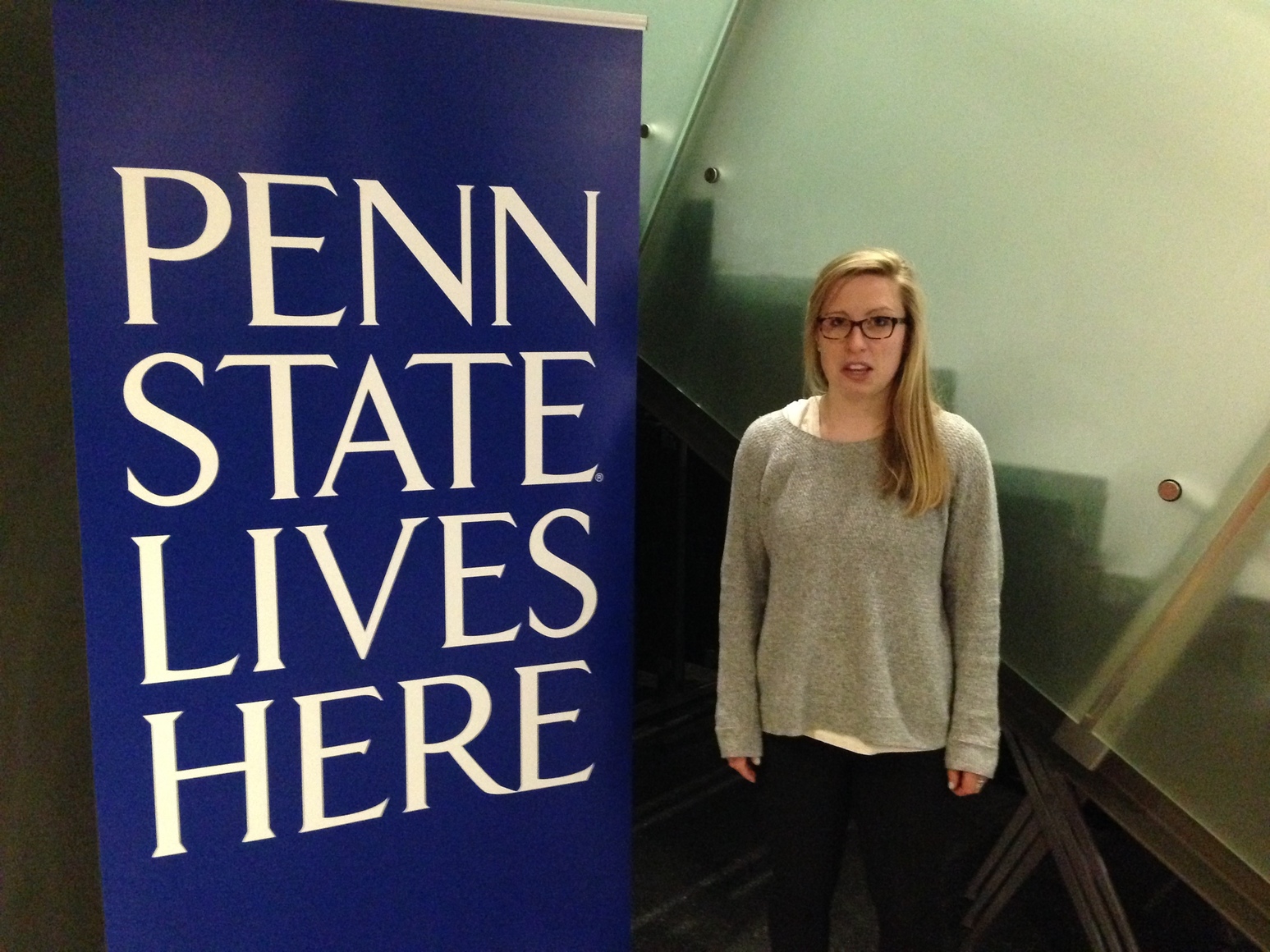 Here Are the 5 Best and Quirkiest Bar Tour Themes

Tell Us About Your Terrible Final Exam Schedule