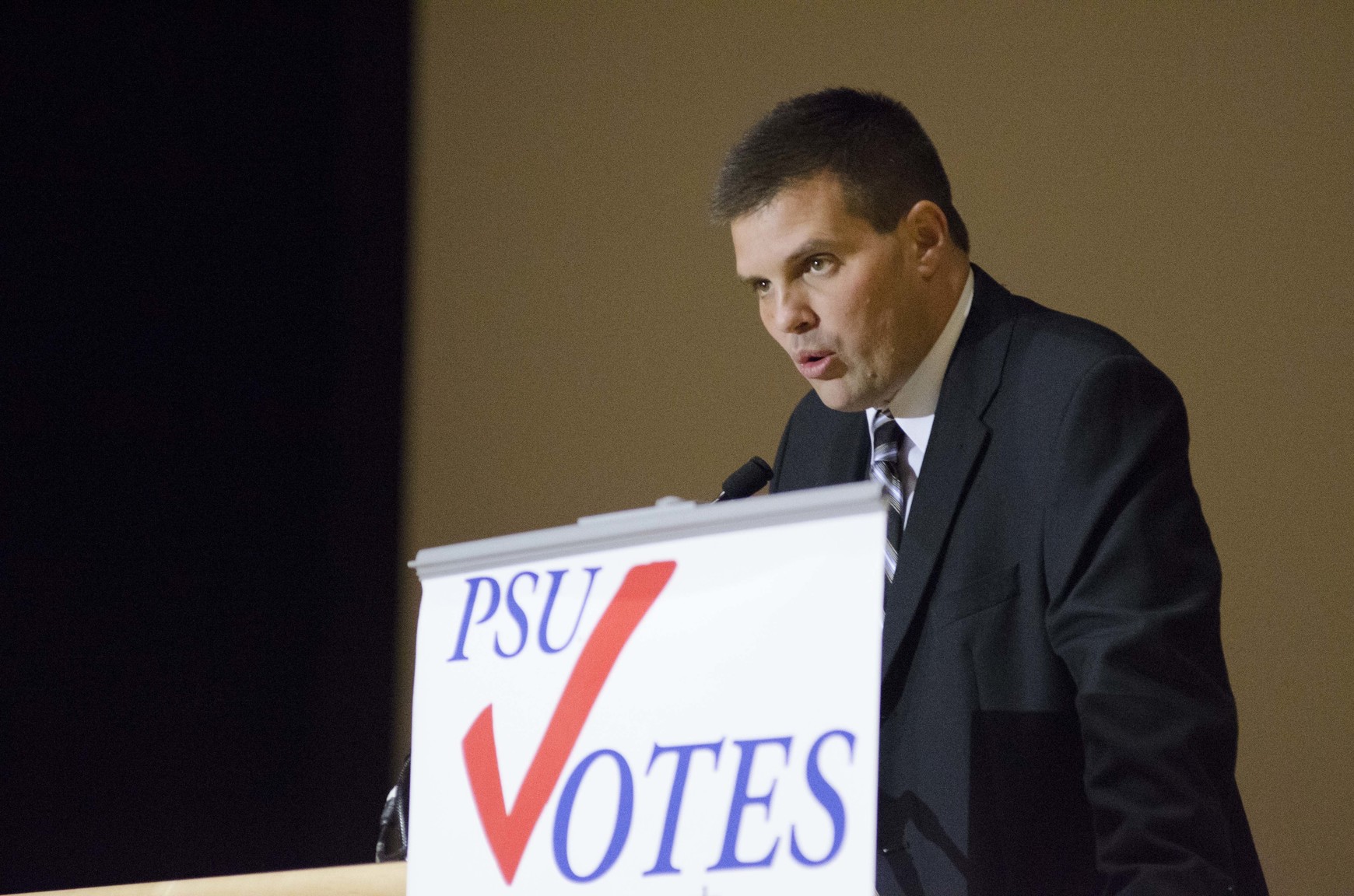 Jay Paterno has never made his political interests a secret. The former Penn State quarterback and coach campaigned for President Obama and has long been active in local Democratic circles.

It comes as little surprise that Paterno is considering a run for Congress. The Patriot-News, citing “prominent Democratic figures in Centre County and Pennsylvania,” say that Paterno has indicated interest in challenging incumbent Rep. Glenn Thompson in Pennsylvania’s Fifth Congressional District.

Paterno has a tough challenge if he does decide to jump in the race. PA-5 — which includes State College — has long been and is likely to continue to be a blood-red Republican district. It would take a prominent and unique figure like Jay Paterno to even have a chance at unseating Rep. Thompson. The Patriot-News says that a decision from Paterno is coming in about a month.

Paterno already has one supporter in gubernatorial candidate Rob McCord, who encouraged Paterno to run at a Centre County Democrats dinner earlier this month.

“Jay is a smart, capable leader who really wants to help people,” McCord said. “I believe he would win that congressional seat and make a great member of Congress. I’d love to see him get in that race.”

Paterno-family politics has always been an interesting case study. Despite actually donating to Obama’s 2008 campaign, Joe Paterno was a well-known conservative. Jay’s brother Scott ran unsuccessfully for congress in 2004 on the Republican side against then-Rep. Tim Holden.

What lies ahead for JayPa we’ll know soon enough, but personally, I’m excited for the book.