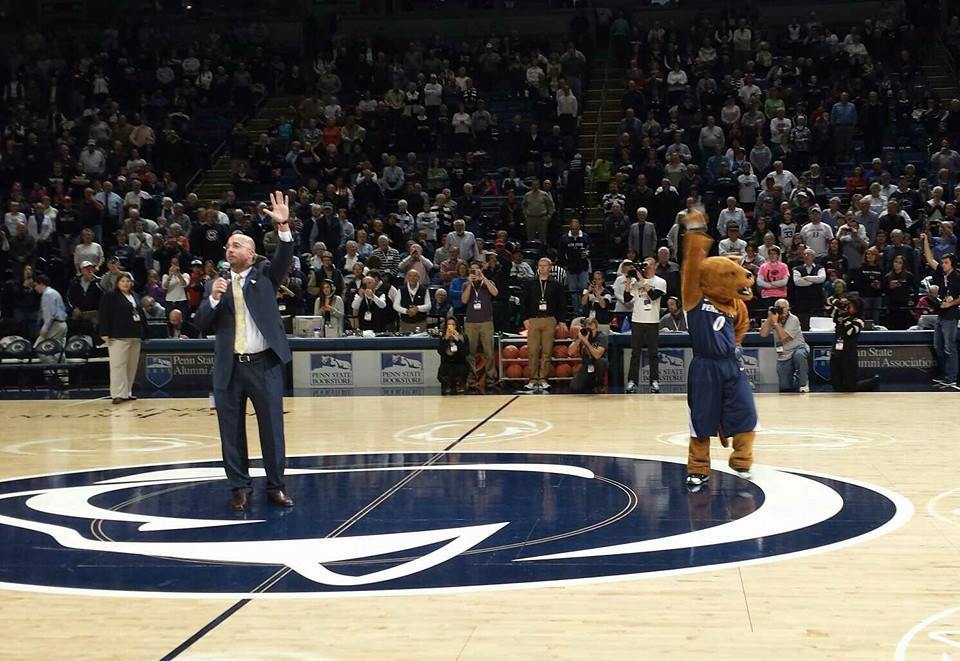 James Franklin’s heavy emphasis on recruiting will culminate into a Bryce Jordan Center program on National Signing Day next month, dubbed “The Signature Event” by the athletic department (Get it?).

At 6 p.m. on February 5, after a busy day of celebrating faxed commitment letters, Penn State’s head coach will discuss Penn State’s 2014 signing class at the BJC. Admission is free for Penn State students and $5 for everyone else.

“Our staff is so appreciative of the heart-felt welcome from Nittany Nation. The overwhelming support is unrivaled,” said Franklin. “We are very excited about the response we have received from recruits, their families and high school coaches. February 5th can’t come soon enough; we are looking forward to welcoming the new additions to our football family.”

It should be a celebratory scene with participation from the cheerleaders and the band. Current and former players are also expected to speak as Franklin goes over each member of Penn State’s news class.

Penn State currently has a top-25 ranked class, including several commitments than Franklin took from his Vanderbilt class. Audrey Snyder of PennLive did the complicated math and estimates that Penn State has room to sign four more players, give or take one.

James Franklin really likes National Signing Day. Like, a lot. Here’s a video from his Vanderbilt days as he and members of his staff (including many who are on Penn State’s staff now) celebrate the faxes coming in.