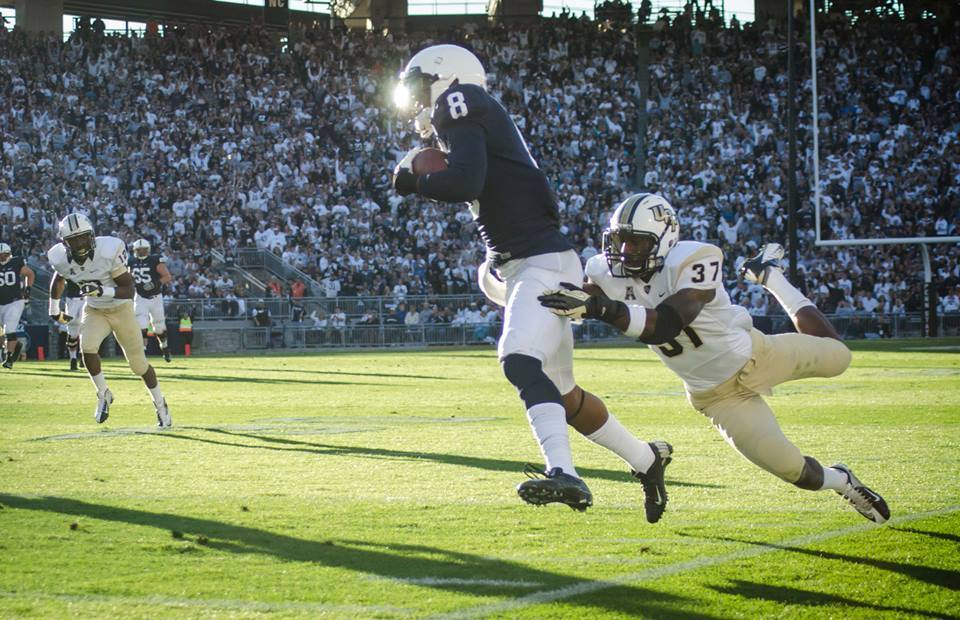 Urschel starred in his final season with the Nittany Lions, both on and off the field. He was selected as first-team All-Big Ten and a first-team Capital One/CoSIDA Academic All-American as a senior. This past season Urschel won the prestigious William V Campbell Trophy that honors the player with an outstanding combination of academics, community service, and performance on the field. He also received the 2013 Senior CLASS Award that embodies excellence in classroom, community, character, and competition.

Robinson, who decided to leave for the pros after his breakout junior season, recorded 97 receptions for 1432 yards last year, both single season records. Robinson departed Penn State as its second all-time leading receiver in career receptions (177). He caught six touchdown passes as a junior, including two at Indiana, a day he went for 173 yards. Robinson was named an All-American by Sporting News.

Jones, an All-Big Ten selection and team captain, was named the team’s MVP at its post-season banquet. The 318 pound defensive tackle led the Nittany Lions with 11.5 tackles for loss, racked up 56 tackles, and recorded three sacks.

Share via
Robinson, Urschel, and Jones Invited to NFL Combine
https://onwardstate.com/2014/02/06/robinson-urschel-and-jones-invited-to-nfl-combine/
Follow @onwardstate
Send this to a friend