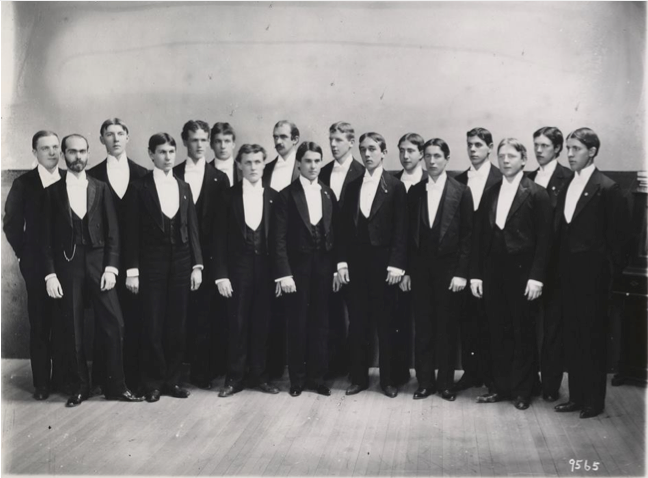 This Saturday at 8:00 p.m., Penn State’s oldest student organization will take to the stage at Eisenhower Auditorium for its 125th Anniversary Concert. For those who don’t know, The Penn State Glee Club is one of the most active and distinguished men’s collegiate choirs in the United States and has toured across the country and world. Under the direction of Grammy winner Dr. Christopher Kiver, the Glee Club will perform a number of contemporary and traditional pieces.

Though only in recent years has “a cappella” music become popular (largely in thanks to the TV show Glee), men’s choirs have been warming the hearts of the masses with music hundreds of years. This Saturday will continue that storied tradition with musical selections for all audiences. The Penn State Glee Club concert will feature Randall Thompson’s “Testament of Freedom,” a majestic four part setting of the writings of Thomas Jefferson. The piece is to be accompanied by Penn State’s Symphonic Wind Ensemble, conducted by Dennis Glocke. To commemorate the event, more than 200 alumni have returned to take part in a massed choir that will sing sacred and secular pieces, as well as plenty of Penn State fight songs.

On the lighter side, the Hi-Los, a subset of the Glee Club, will perform pop hits prior to the concert in the Eisenhower lobby. Both President Rodney Erickson and President-Elect Eric Barron will also be in attendance.

Tickets may be purchased at the door: $12 for adults and $4 for students. Buy your tickets by Friday, April 25th and save 40% off the price of admission. There is no limit on the number of tickets that can be purchased. Tickets are available now at the Eisenhower Ticket Center [814-863-0255 or 1-800-ARTS-TIX] or online.

If you are able to attend the concert in person, it will be live streaming at http://music.psu.edu/livestream

Take part in a piece of Penn State history this Saturday! 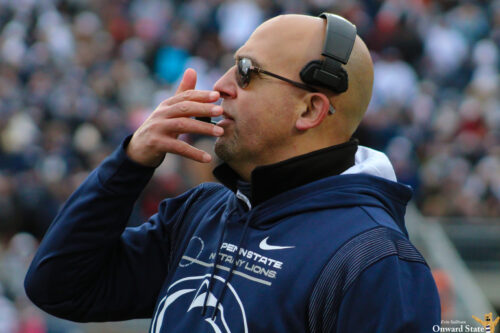