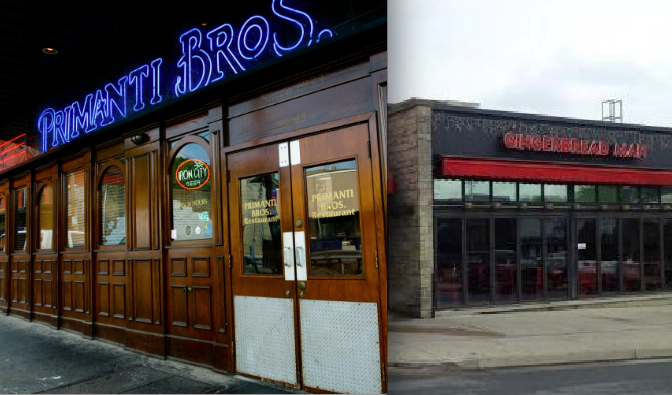 Penn State bros everywhere suffer a major loss today. After weeks of speculation, multiple sources have confirmed to Onward State that the Gingerbread Man will close its doors this summer to make way for the iconic Pittsburgh sandwich shop and bar franchise Primanti Bros.

G-Man has fired most of its non-salaried staff and plans to close after Arts Fest, sources say. The decision to close is multifaceted; G-Man is currently operating on a conditional liquor license agreement due to its nine violations in five years. Three employees, including two board members of Hat Trick Group Inc., G-Man’s ownership group, have been convicted of harassment over the last several years for incidences involving bar patrons. Primantis had made multiple offers in the past to buy out the establishment, and it looks the money finally became worth more than the recent trouble.

While the fraternity bar scene might need to find a new home, the Penn State yinzer base is undoubtedly excited about the news. The Primanti Bros. sandwich is to Pittsburgh as the cheesesteak is to Philadelphia. Primantis serves pizza, wings, and other bar food, but it is best known for its “Almost Famous” sandwich, which includes your choice of meat topped off with generous servings of coleslaw and french fries.

Primantis doubles as a formidable sports bar, with lots of beer and happy hour specials. Like G-Man has done in the past, Primantis will apply for an outdoor patio seating area for those warm summer days.

No word yet on the hours for Primantis. While some Primantis are open 24 hours, the restaurant operated near the West Virginia University campus — which is probably a good guess for comparison’s sake — is open from 11 a.m. until midnight Sunday-Thursday and 2 a.m. on Friday-Sunday.

(UPDATE 6:05 p.m.) Within the last 24 hours, since the last time I visited G-Man to work on this story, the Pennsylvania Liquor Control Board posted a public notice on the door announcing the transfer of the liquor license from Hat Trick Group Inc. to Primanti Corporation, effective June 20. Still no word yet on when Primantis expects to open, although G-Man was still operating on its normal schedule today.