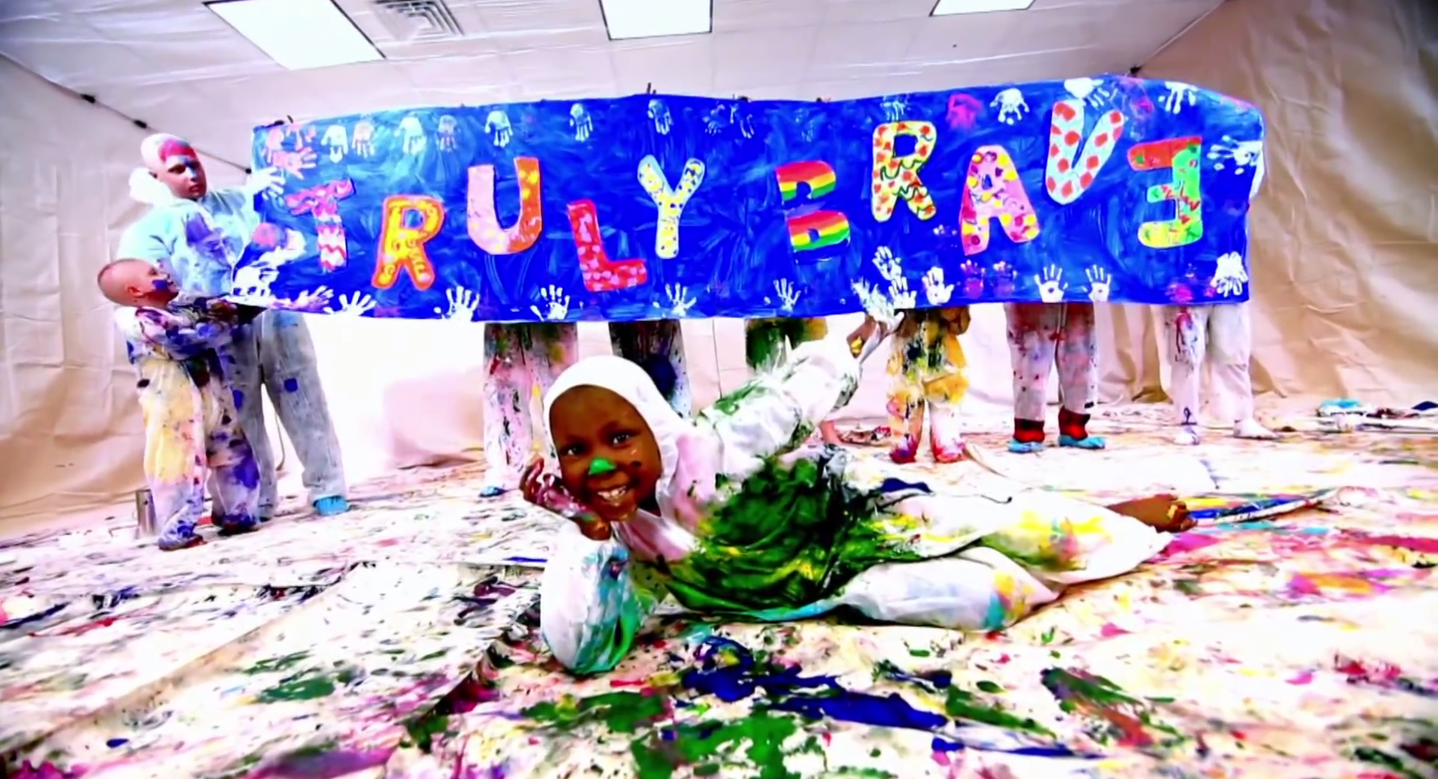 Leah Still can now add “video star” to her list of impressive accomplishments.

The four-year old daughter of Devon Still, whose well-chronicled battle against cancer has made national headlines, was heavily featured in a video created to raise money to fight pediatric cancer.

The music video, “Truly Brave,” stars Today Show anchor Hoda Kotb, singers Sara Bareilles and Cyndi Lauper, and several children — including Leah — who are battling pediatric cancer at the Children’s Hospital of Philadelphia. It has amassed over a million views in the two weeks since it has been posted.

The video has helped to remarkably raise over $400,000 on Crowdrise.

Check it out here:

“[Leah is] so full of light and love and joy,” Kotb told Today. “If you watch her on screen for five seconds, you know exactly how much she’s loved.”

“It was a great experience for her,” Devon Still told the daily morning television show. “She loved every moment of it. Every time she’s on the TV she calls me and tells me how she’s a movie star.”

Last week, Still posted on Instagram that a surgery had effectively eliminated the cancerous tumor from his daughter’s body. It’s a major step, but months of treatment will follow before he can call his daughter cancer-free.

On Sunday night, the New England Patriots showed support for Still and Leah during their matchup against Still’s team, the Cincinnati Bengals. The Patriots cheerleaders sported his jersey, the profits of which will go toward pediatric cancer research.

Over 12,000 of Still’s jerseys have been sold. The defensive tackle has promised to thank every person who purchased one.