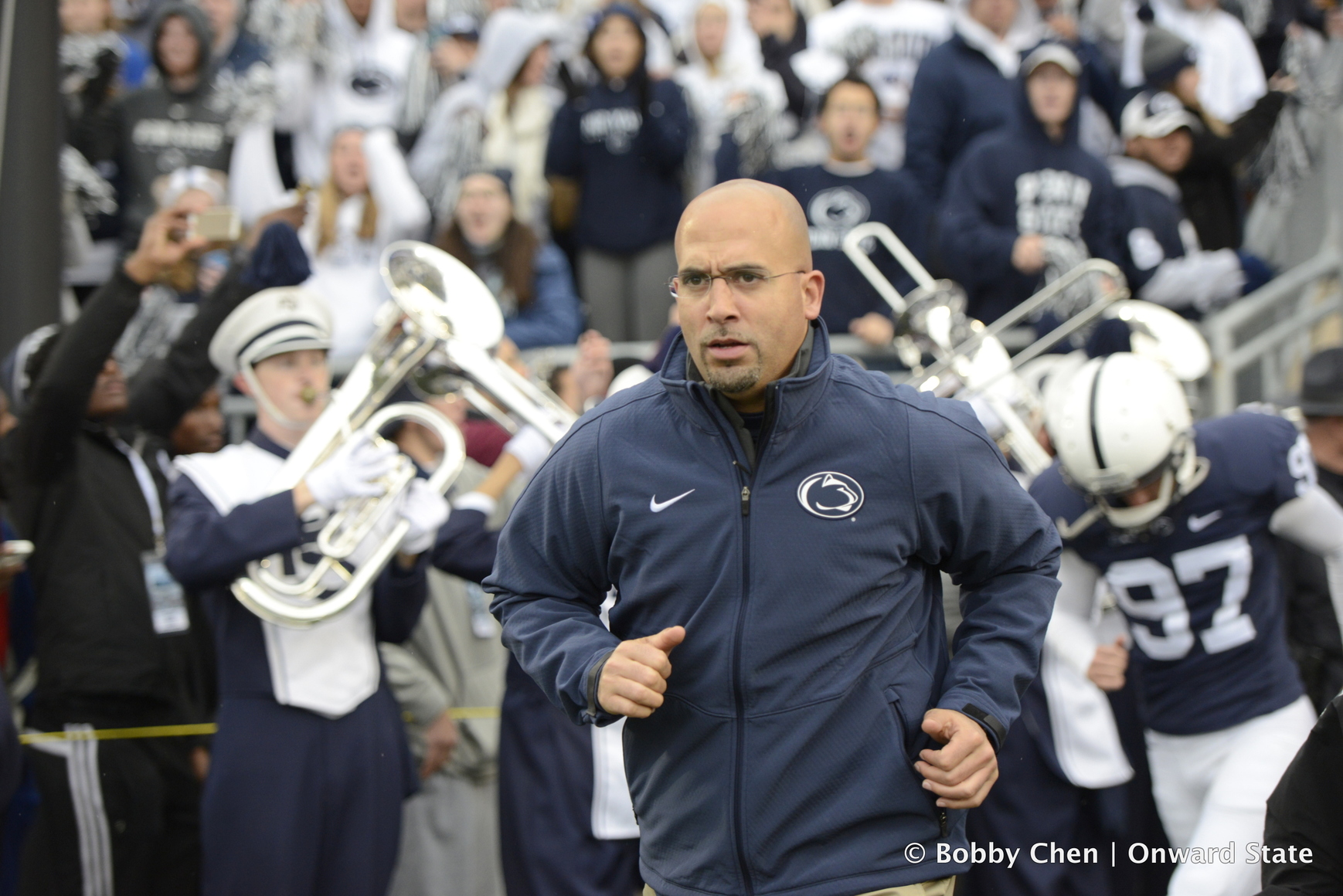 Penn State lost to Maryland for just the second time in 38 meetings, as the Nittany Lions struggled to find any consistency on offense and special teams in an ugly 20-19 loss.

After starting the season with four straight wins, Penn State has now dropped its past four games. After showing resilience, toughness, and an ability to make big plays in big moments in a close double-overtime loss to No. 13 Ohio State, the team that showed up to take the field at Beaver Stadium on Saturday faltered down the stretch.

While the play on the field was ugly, brutal, and at times unwatchable from both teams, particularly on offense, there’s always something to take away from the game. Here’s what we learned about Penn State football during its one point loss against Maryland:

The special teams must improve.

Due to an anemic offense and poor punting, the Lions once again lost the field position battle.

The Lions could only muster 219 total yards of offense, as multiple three-and-outs led to the Lions punting from deep within their own territory.

“We’re having a hard time swinging the field position on special teams,” said Franklin. “Their punter was a weapon for them. They averaged 44 yards per punt, we averaged 36. That adds up.”

Penn State’s average field position against the Terps was their own 30-yard line, while Maryland’s average drive began at their own 41-yard line.

With Penn State holding a slim lead in the final three minutes, the offense took over at their own 13-yard line. Two straight runs by Akeel Lynch forced Maryland to call timeout, stopping the clock with 2:33 left to play. Facing a 3rd and 6, offensive coordinator John Donovan elected to run the ball a third straight time, and Lynch was tackled three yards short of the sticks forcing a Penn State punt.

The logic is sound. Facing a third down deep in their own territory with the game on the line, the Lions decided to play it safe and run the ball to prevent a costly turnover. But with the punting game struggling as mightily as it has this season, a boot from inside the 20-yard line would leave Maryland with a short field to work with. The Terps only needed 17 yards to set up the game-winning field goal for Brad Craddock, a kicker that holds the longest active streak of consecutive field goals made in the country. And lo and behold, he nailed the 43-yard boot.

“The book says you go four-minute [offense], you try to run the ball, you get as much time off the clock as you possibly can, you go from there,” Franklin said. “If we would have passed it and left time on the clock, then you guys would be coming in and asking me the same thing right now.”

Fair point. Hindsight it always 20-20. But the reason the move didn’t make sense has more to do with the coaching staff’s inability to identify Penn State’s strengths and weaknesses. The running game has been abysmal all season, and only mustered 42 total yards on Saturday. Lynch was having a solid game, but his 2.4 yards per rush behind a patchwork offensive line that was spread even thinner without starting left tackle Donovan Smith should not inspire confidence to tote the rock three straight times.

“We were hoping to be able to break one, but we weren’t able to get it done,” Franklin said.

After nearly 58 minutes of football, Penn State’s longest carry was 8 yards (outside of Hackenberg’s 17-yard scramble). Counting on the running game to “break one” late in the game was a woefully misguided attempt.

Sam Ficken has emerged as one of the team’s most consistent players.

We’ve all seen how far Sam Ficken has come since the dreaded Virginia game in 2012.

On Saturday, we saw just how far.

Ficken continued adding accolades to his unbelievable senior season, going 4-of-4 on field goals, including three from over 45 yards. His 48-yard field goal in the fourth quarter gave Penn State a 19-17 lead with just under seven minutes to play.

“He’s been playing extremely well,” said Franklin. “He’s an example of a guy who’s been here, he’s done everything right both on and off the field, he’s graduated. You’re talking about a veteran player who seen it, who’s done it, and it shows up on the field.”

Ficken accounted for 12 of Penn State’s 19 points, and it’s hard to imagine this game being close in the fourth quarter without him. He’s now 17-of-19 this season, and his final field goal of the day moved him to third all-time in school history with 239 career points.

Franklin will address the “egg throwing incident” with administration, but that’s all.

Here’s what Franklin had to say about the “egg throwing incident” involving four players the night before Halloween.

“We’re not going to do anything to embarrass the university or this program,” Franklin said. “But I also know they’re kids and they make mistakes.”

“There’s a lot of problems going on right now in our society and in college athletics,” Franklin said. “Throwing eggs is a little farther down the totem pole, in my opinion.”