Four-Game Losing Streak: By the Numbers 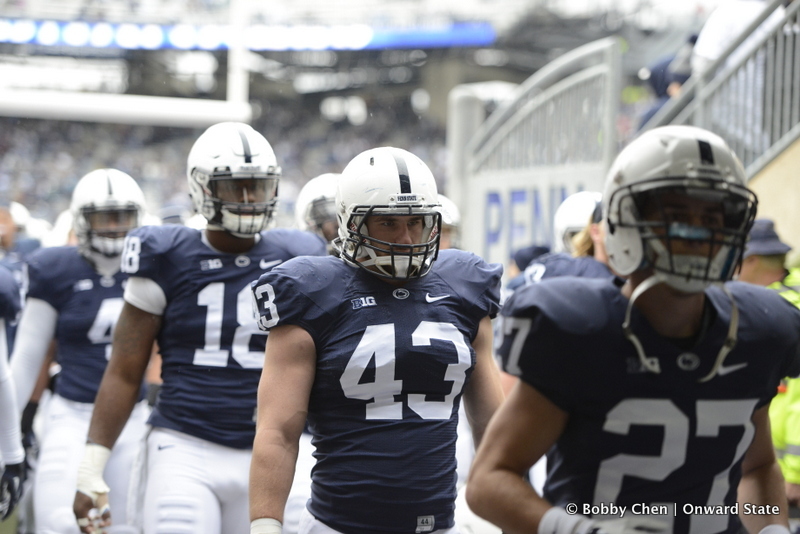 After a scorching start to the season that saw the Nittany Lions sitting at 4-0 and peaking as the No. 27 team in the AP poll, an equally meteoric fall to a .500 record reared its ugly head. The streak began with the surprising loss to Northwestern on Homecoming weekend and most recently included a heartbreaker this past weekend against Maryland.

Let’s take a closer look at the mathematics behind this losing streak.

162: Total rushing yards over the last four games, for an average of 40.5 YPG. Despite the best efforts of the three-pronged attack of Bill Belton, Akeel Lynch, and Zach Zwinak (before his season-ending injury against Ohio State), the much-maligned offensive line just hasn’t allowed the group to perform.

6/9: Takeaways/Giveaways. Even though Penn State had even turnover differentials in the Michigan and Ohio State games, its negative differentials against Northwestern and Maryland played significant roles in the losses. Five of Penn State’s nine turnovers have come courtesy of Hackenberg interceptions.

-36: Point differential. 23 of those points came against Northwestern, so the other teams’ combined margins of victory across the other three games is 4.3. Factoring in a double-overtime loss, the games actually were closer than they ended up.

32: Catches from two-time Big Ten Freshman of the Week DaeSean Hamilton in the span. Despite his standout performances, including a four-game total of 326 yards (81.5 YPG), he’s found the end zone only once.

9/10: Field goals made by Sam Ficken. Right up there with the defense as the most consistent piece of the team, Ficken has accounted for 32 of the team’s 62 points in the stretch.

1,773/939: Penn State’s offensive yards in the first four/last four games. By almost halving their offensive production, the Nittany Lions’ offense has not clicked recently as it had in impressive early season showings.

1,083/1,104: Yards allowed on defense in the first four/last four games. The consistency of Penn State’s defense has been widely praised this season. While the games’ results changed from early to late in the season, Mike Hull and Anthony Zettel’s squad is not to blame.

16-18/20-14: Combined records of Penn State’s first four/last four opponents. The difficulty of the schedule appears to have played a role in Penn State’s record, but if all of those teams removed Penn State from their schedules, the records would both be 16-14.

19-14: The combined record of Penn State’s next four opponents. Seven of those wins are courtesy of Michigan State, and Indiana and Illinois both have losing records, so the schedule isn’t as daunting as it seems. Still, all four teams can seriously compete with Penn State.

0: Pregame handshakes from Maryland this weekend.

10: Years since Penn State finished the season at or below .500. The 4-7 Nittany Lions of 2004 hold the worst win differential in recent history, and with no guaranteed wins remaining on this year’s schedule, there is still work to be done to avoid a 4-8 record.

16-1: Penn State’s all-time record against Indiana, its next opponent. The lone loss came last season, a 44-24 affair in Bloomington.