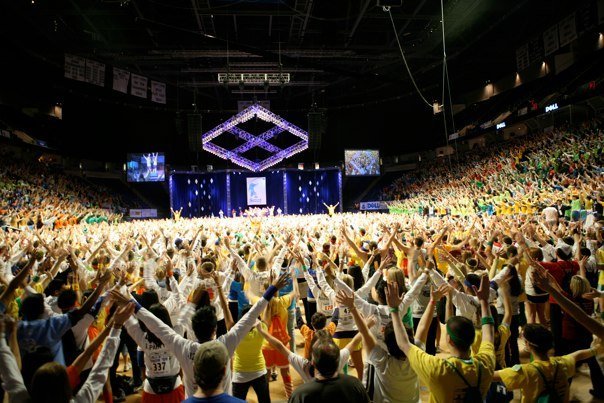 The Dance Marathon Alumni Interest Group (DMAIG) is starting a new fundraiser FTK today called “DMAIG Mosaic,” which will be a large collage of pictures submitted by THON volunteers, alumni, and supporters.

Picture Mosaics — a company started by Penn State alum Albert Charpentier — will be producing the photos. They can be purchased for $55 each, or for $50 each when you buy two or more.

Proceeds from the DMAIG Mosaic will primarily benefit THON and the Four Diamonds Fund. However, $5,000 of those proceeds will be donated to the Rick Funk Endowment Scholarship, the same scholarship that DMAIG has been awarding since 1996. The organization is in search of a Penn State student who has demonstrated commitment, loyalty, leadership, and the ability to motivate others involved in THON.

Once it’s finished and ready for display, the mosaic will be hung in the window of the new THON store after its completion this spring.

The fundraiser is expected to sell out, so make sure you get to it quickly.