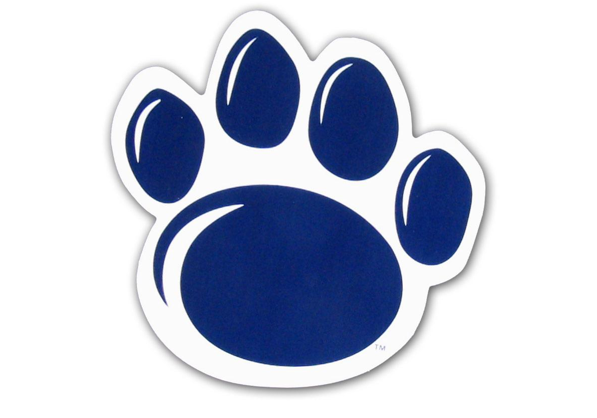 Penn State has many logos, and one of the most popular is the Nittany Lion paw print. From face decals to sweatshirts, the paws are all over the place. Today, the logo features four lion toes, but the paw has gone through various digit amputations and additions over the years — causing some drama along the way.

Originally, university licensee merchants printed the four-toed paw on t-shirts and other licensed products, but the logo itself was never officially licensed by the university, according to Jeff Hermann of Penn State Strategic Communications. When Penn State was scheduled to play the Clemson Tigers in the 1988 Citrus Bowl, however, issues arose with the unofficial four-toed logo. Initially, people had negative reactions to the five-toed paw and made comments chastising the university for it, according to Hermann, like, “How could you possibly not know how many toes a lion has?” or, “Penn State must not teach mammalian anatomy.”

The addition also caused a great deal of apparel confusion. A typical stroll down College Avenue for some window shopping featured both versions of the paw print. And the state of the paw was a hot topic, a 2005 Collegian report says:

Matthew Alford, a manager at Got Used Bookstore, 206 E. College Ave., said he didn’t think the number of toes mattered. “It’s one of our top sellers: the five-toed magnet paw,” he said.

But legal agreements aren’t the only way to add toes. [Dr. David Wolfgang, of Penn State’s department of animal science] tried to make sense of the extra toe through science; he jokingly presented some five-toed theories, including a possible deformity.

“Or maybe this paw print implies the cat is ill; a cat with rickets might have a print like that,” he added jokingly.

“I think it would just confuse people,” Alford said. “You would have the four-toed people and the five-toed people; we wouldn’t want to split the campus in half.”

As it turned out, Penn State did Clemson nothing more than a favor by adding a toe — no official agreement was ever made between the schools. But by the time that revelation was had, the five-toed paw became a tradition.

Ultimately, Penn State chose to amputate the 1988 addition and go with the anatomically correct four-toed design when it finally trademarked the paw logo in 2006. The four-toed version then became the “official paw print of the university.” But just like after the first switch, paw print traditionalists were upset, even starting a now-defunct Facebook group called “Keep Five Alive.”

Though the Facebook group couldn’t stop the university from changing the paw, it is still trying to “keep five alive” by wearing older merchandise with the logo and refusing to buy anything with the four-toed paw on it.

“We really don’t like the new paw,” Bense said. “No other university has five toes on their paw. I think it represents us because it’s unique and no one else can have that.”

If you’re satisfied with the anatomically correct four-toed print for your game day face tattoo, you’re in luck. Today, the only officially licensed paw print is the four-toed logo, but Herman is sure there’s still five-toed logos floating around, you might just have to look to find them.

Behind every great Penn State logo is a great story, I suppose.

Share via
The History of Penn State\'s Scandalous Paw Print Logo
https://onwardstate.com/2014/11/19/amputations-and-additions-the-history-of-penn-states-paw-print-logo/
Follow @onwardstate
Send this to a friend