As I'm sure all of you are aware, the college football season (and by extension, bowl season) is not officially over yet. Oregon and Ohio State are playing for the National Championship on Monday, January 12th. However, the Associated Press has already named its All-Bowl team for this season, featuring one Nittany Lion with a flair for the dramatic. 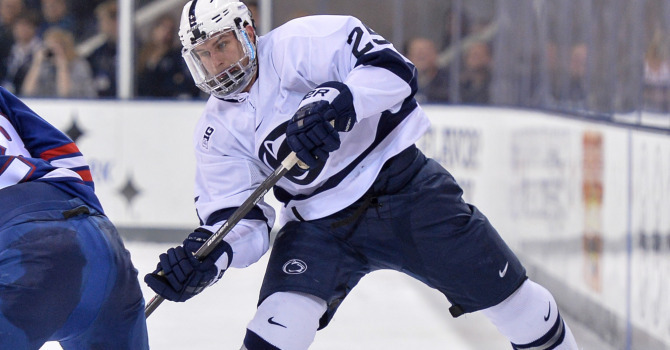 Casey Bailey and Taylor Holstrom were nominated for the Hobey Baker Award, a fan vote deciding the best player in college hockey. The two are among the top scorers in the league, and are the first two Nittany Lions to receive the distinction.

Penn State can add yet another accolade to its long list -- No. 1 online bachelor's program.

The Lady Lions dropped yet another game in what's quickly becoming a season to forget, losing their fifth straight game to Wisconsin by 19 points, 65-46, on Tuesday night in Madison to remain winless in the Big Ten.