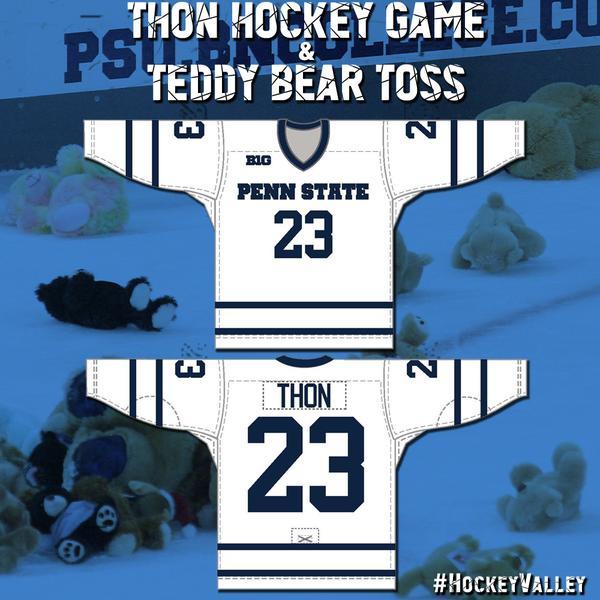 It hasn’t been a great few days for Penn State hockey public relations, but the team made a thoughtful move Monday announcing it will debut a one-time jersey in support of THON on Jan. 24’s matchup against Northern Michigan on the Big Ten Network.

It’ll be the annual THON Game, and fans will have the opportunity to bid on some of the jerseys at the game, and others online. Proceeds from the auctions will go towards THON.

Block lettering will spell Penn State on the front of the jersey, and the sleeves and base will feature two blue stripes around the sweater. “THON” will replace individual player’s names.

If that wasn’t enough, a teddy bear toss will be held during the second intermission. Fans can bring new or gently used teddy bears to toss onto the ice; the bears will later be donated to THON as well, put in welcome packages for THON families when they arrive for the Feb. 20-22 marathon.

The hockey team hosts Minnesota during THON weekend at Pegula. If students attending THON will miss the hockey game, they can donate their tickets for families to go in their place.