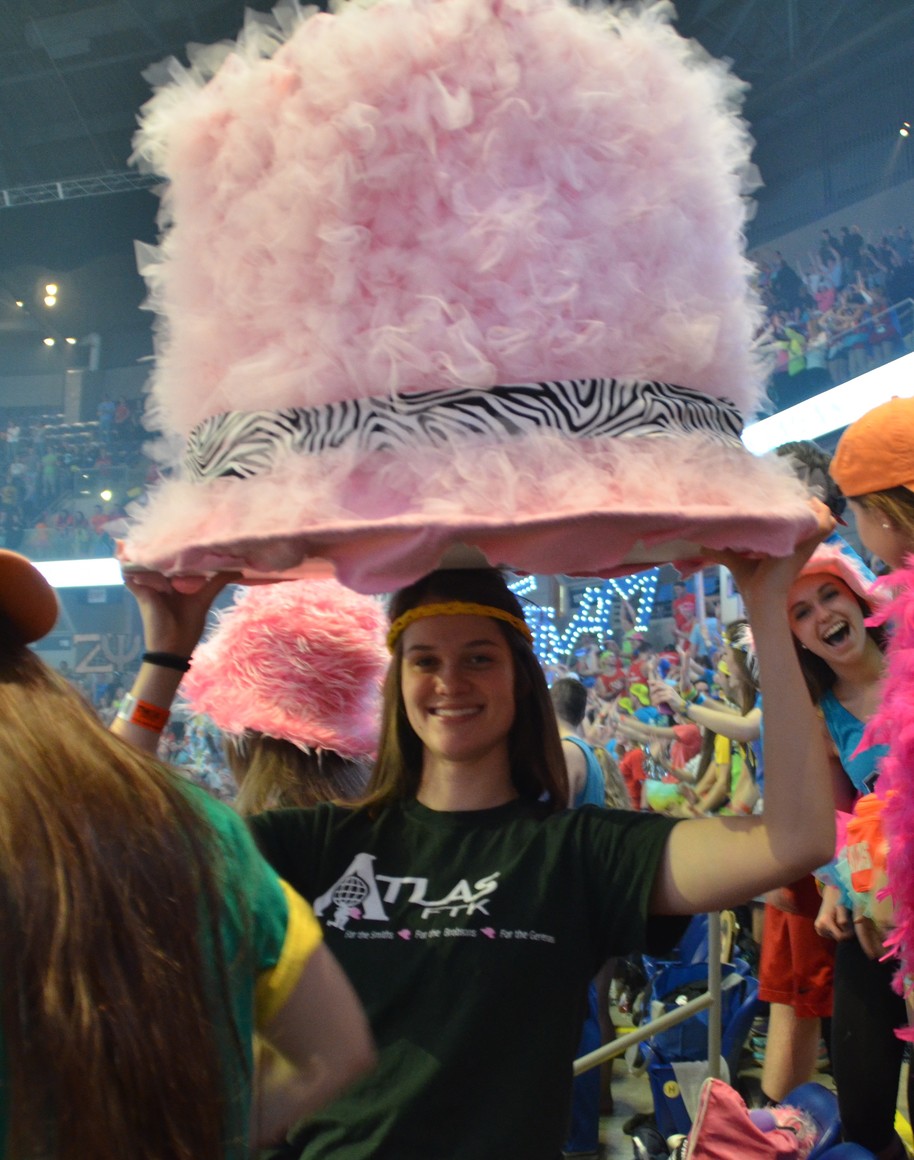 If you’re at THON 2015, chances are you’ve seen the gigantic pink, fuzzy hat floating around section 122. You can’t miss it, and there’s an awesome reason why.

Right now, Atlas’s Maggie Sarver’s head is peeking out underneath the hat. “It’s our thing,” she said.

“One of our families was watching the live stream from the hospital. They were told to look for the hunter green shirts (Atlas’s trademark), but they couldn’t find them. One of our THON children always wears a purple, fuzzy, hat,” said Sarver. The child’s mother devised the plan for Atlas to create a gigantic, pink hat.

The hat, pictured above, took about three weeks to make. It was worth it, though. As long as it (in all its pink and zebra print glory) is surfing through the crowd, Atlas’s THON families will not have any trouble finding them. 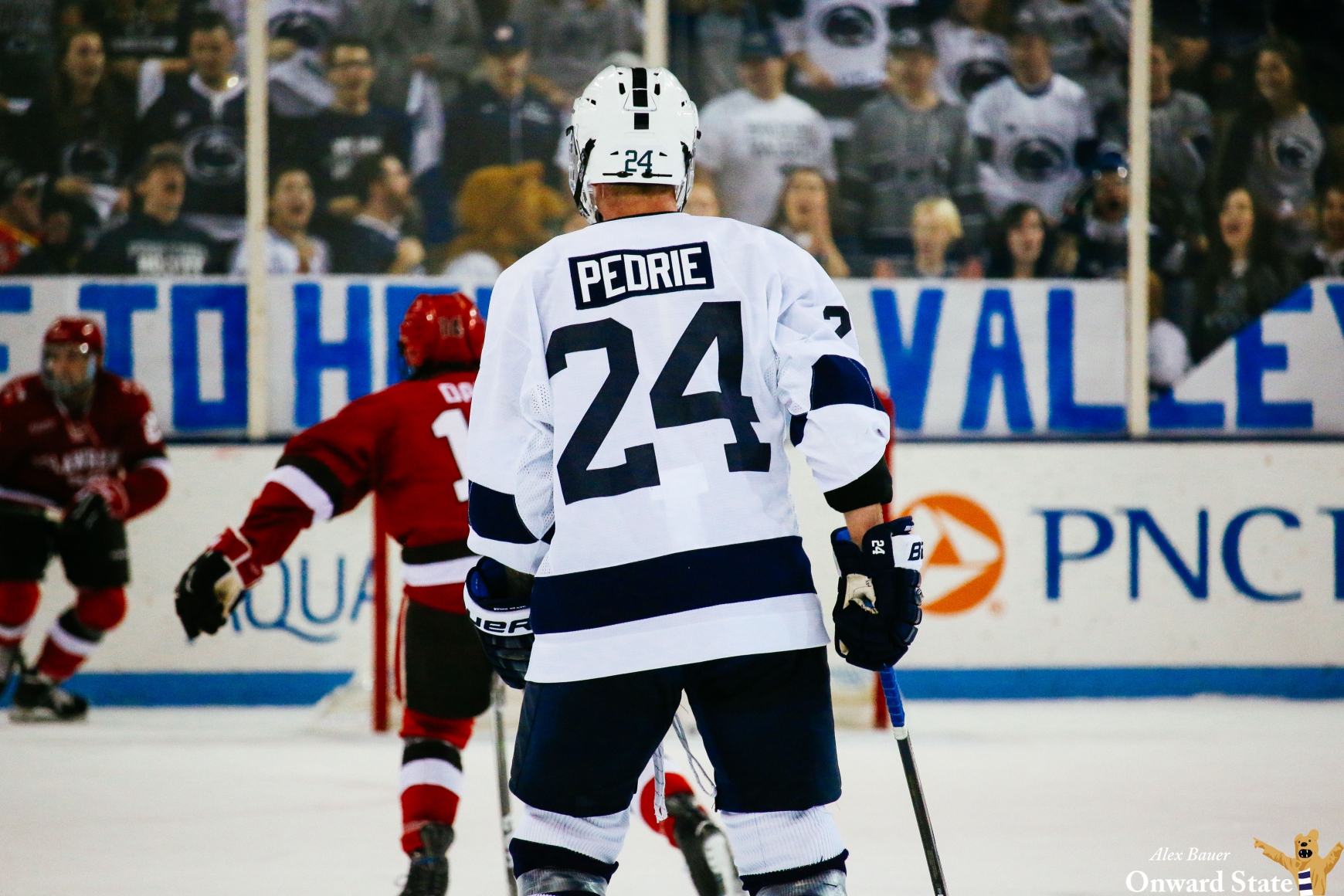