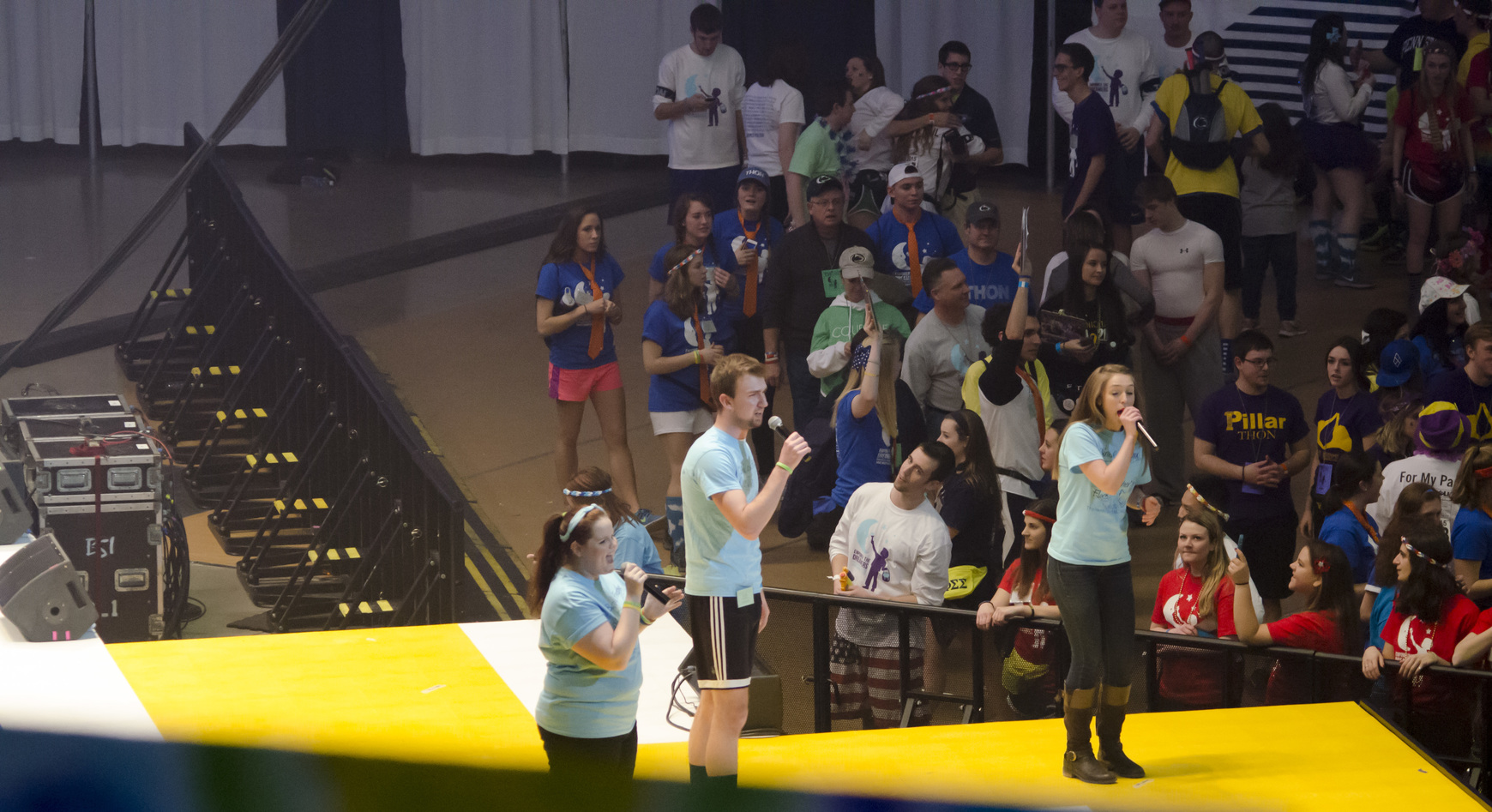 THON’s performance lineup was filled with amazing singing and dancing from two of the university’s many talented performance groups.

Dance group Ambitions was up first, and they delivered a high-energy routine. The songs ranged from current Top 40 hits like Iggy Azalea’s hit “Black Widow” and “Break Free” by Ariana Grande to a rousing We Are chant to “Zombie Nation.”

This was the group’s first time performing at THON, and it was a well-deserved opportunity. According to the Facebook page, Ambitions is a “new dance organization open to every student that has a passion for dance.”

Featuring some powerhouse vocalists, the Penn State Thespians started their set off with “Season of Love” from the musical Rent. The group’s dancers then took to the stage to perform “Fame” from the movie musical of the same name.

Beyoncé’s “Yoncé” got a THON treatment with remixed lyrics supporting the weekend’s efforts to raise money for the Four Diamonds Fund. The high energy continued for the Penn State Thespians’ choreographed finale with “Bang Bang” by Jessie J, Ariana Grande and Nicki Minaj.

The Thespians will perform “Spamalot” on March 26, 27, and 28 in Schwab Auditorium. 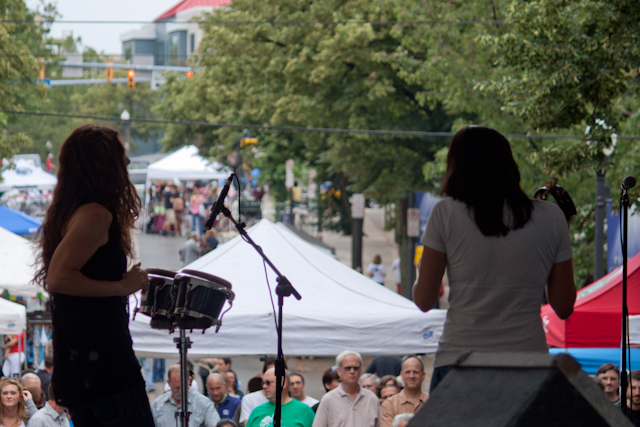