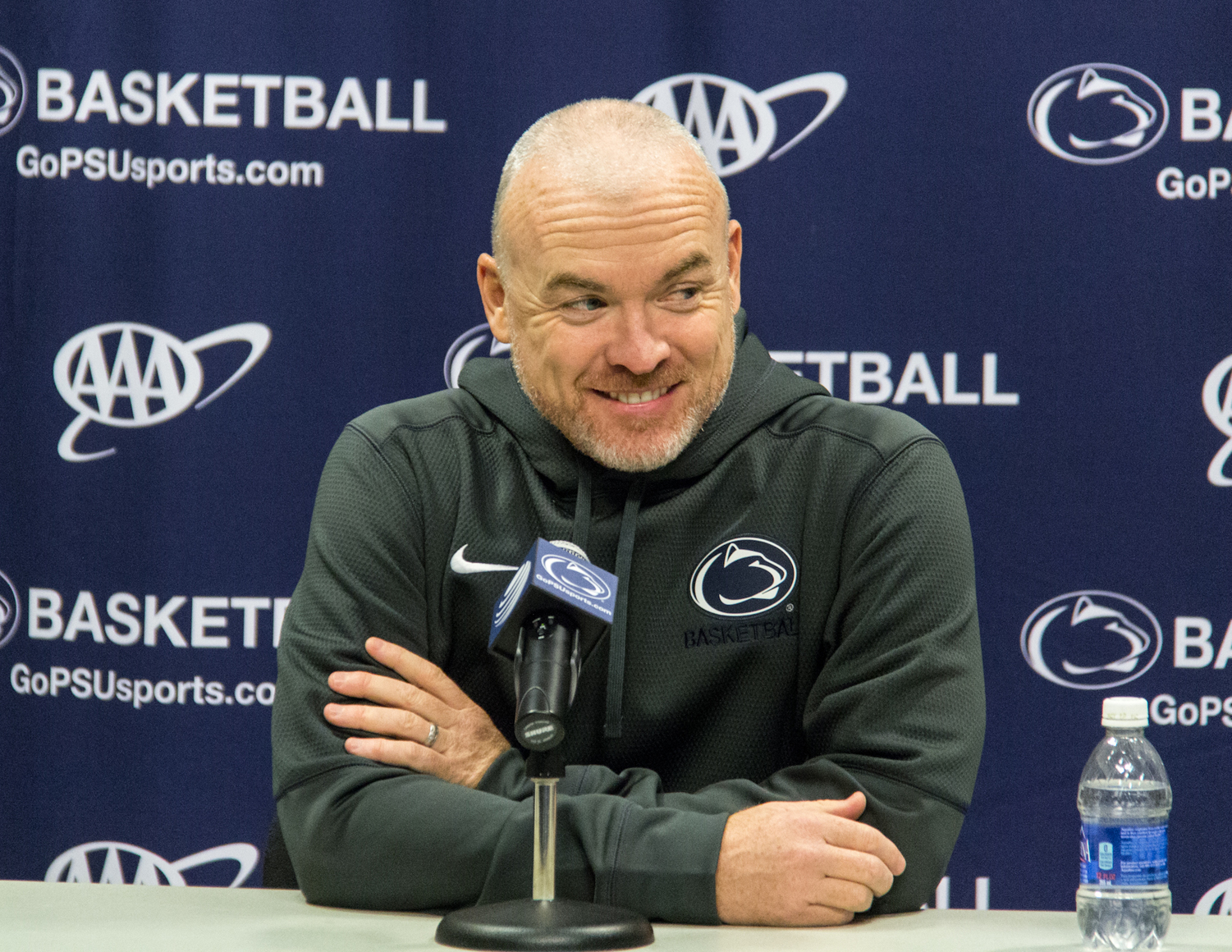 Penn State’s conference tournament run ended at the hands of Purdue by a score of 64-59 yesterday, with the Nittany Lions failing to continue their hot streak. The team finished above .500 for the first time in Pat Chambers’ tenure at Penn State, and is hoping the spurt and its non-conference record is enough to secure it one of the last NIT bids — or an early CBI spot if it wants it.

Despite the improvement the team has shown in Chambers’ tenure, the results have not been particularly kind. There is a chunk of the fan base who don’t support the continued employment of the lively head coach from Radnor. If you’re team #FireChambers, you may not want to read on. According to her interview with Scout.com’s Beth Long, Sandy Barbour is apparently prepared to talk turkey with the man who brought D.J. Newbill, Geno Thorpe, and Shep Garner to State College.

“I think the biggest commitment is just to take a look at everything,” Barbour said. “Where are we falling short, where are we not supporting this program enough or not supporting it in the right ways. Certainly, I have made a very public commitment to Pat. And he is my guy. I support what he is doing and I support his long term leadership of this program. Once the season is over — and I don’t think it’s over yet — once the season is over, we will sit down and talk about his contract because I want to make a commitment there to him.”

Along with dropping a hint that Penn State would, in fact, accept a CBI bid if given one, Barbour continued her public commitment to the bald one. While some will point to Chambers’ 54-74 regular season record in four years with the program, specifically the 16-56 in-conference record, as reason enough to fire him, there are plenty of reasons to retain him.

A 38-18 non-conference record reflects playing weaker opponents but it can’t be totally discounted. The 11-1 start this year, especially, was promising. Playing in the Big Ten surrounded by storied programs and current powerhouses means joining the ranks of perennial tournament contestants is tough. The conference was, according to KenPom, the best in the country for Chambers’ first three years, and the fourth-best this year. Chambers is attempting to take a basketball program with just about no history of success, especially not in its current conference or arena, and turn it into a legitimate contender. Processes like that take time, effort, money, and talent.

That last one will be the biggest key, because in the end, talent wins games. Garner and Thorpe starting in the backcourt next year will form an excellent duo of guards recruited by Chambers. Joining them will be rising sophomores Julian Moore, Payton Banks, and Isaiah Washington, and established seniors Brandon Taylor, Jordan Dickerson, Devin Foster, and Donovon Jack. That’s a solid nucleus of returning players, even if D.J. Newbill and Ross Travis won’t be there to lead it. Joining that core will be highly-touted recruits Josh Reaves, Deividas Zemgulis, and Michael Watkins. Those three make up the best recruiting class in Penn State history, coming in at #28 in the country. Even with the departure of Joe Hampton from the following class, Chambers’ recruiting has been a huge boon to the program.

An extension for Pat Chambers would show dedication to the continued growth of the basketball program under Barbour, something that was largely ignored by her predecessors. Stability is important when trying to build from the ground up, his players love him, and Pat Chambers is a dedicated ambassador to the program. The results should come, and soon. Giving him a few years to prove he can do it is the smartest course of action.