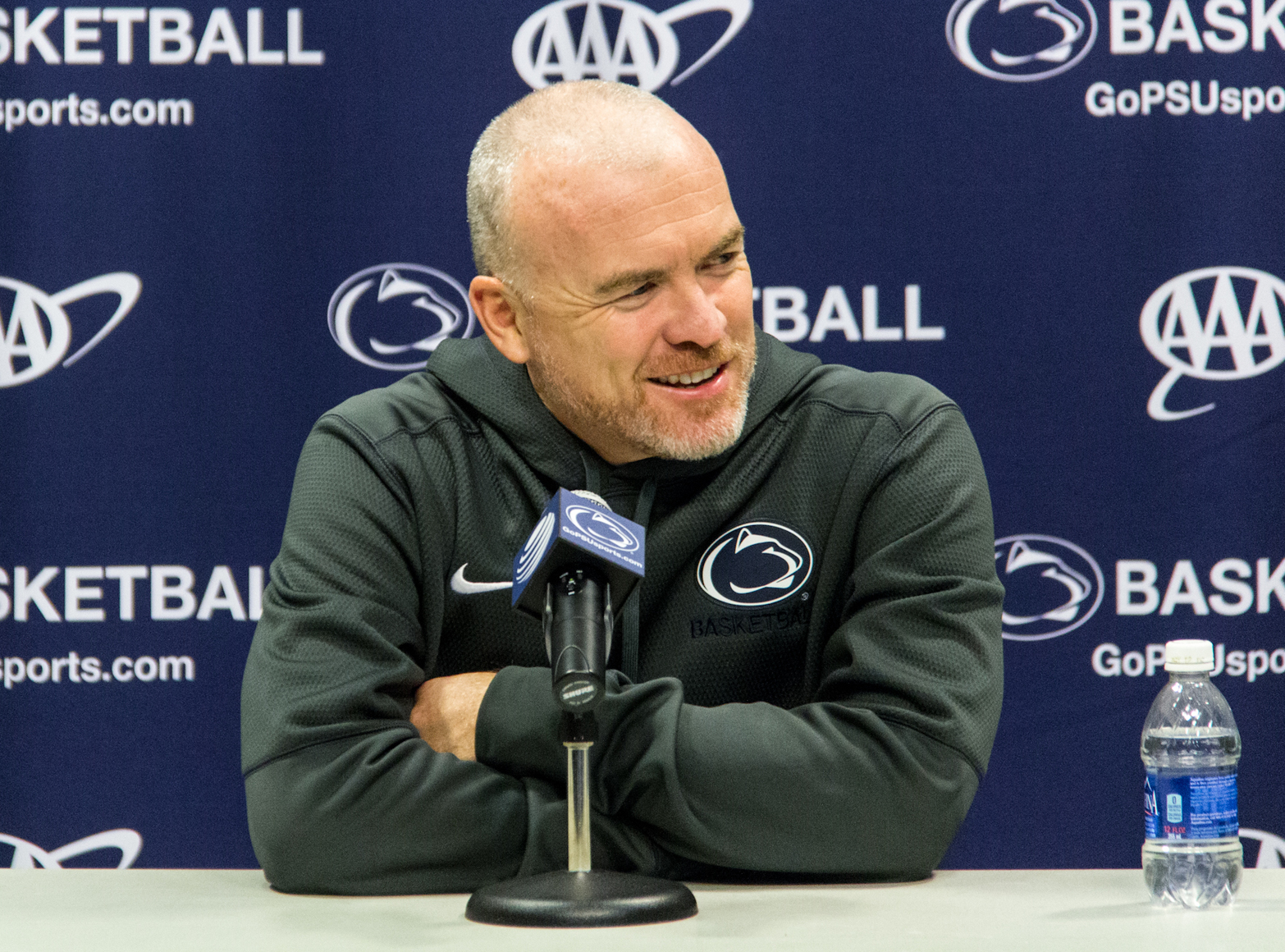 Less than a week after Athletic Director Sandy Barbour re-affirmed her public commitment to men’s basketball coach Pat Chambers, the University has put its money where its mouth is. This afternoon, Chambers and the University agreed to a two-year contract extension that will keep the Pennsylvania native in charge of the Nittany Lions through the 2018-19 season. In a parallel move, women’s basketball coach Coquese Washington was extended for the same time period, and will stay in charge of the Lady Lions for the foreseeable future.

For Chambers, the extension comes on the heels of a season in which Penn State went 18-16, including wins over Nebraska and Iowa in the conference tournament. The team squandered a 12-1 non-conference start with a 4-14 Big Ten slate, but looked improved in their tournament run which culminated in a tough loss to Purdue. It was the team’s best record under Chambers, who is 56-75 over four seasons in Happy Valley. While the progress may not seem monumental, Penn State is a better program today than it was four years ago. For all the (valid) gripes about Chambers’ late-game coaching, his recruiting acumen is undeniable. He brought D.J. Newbill, arguably the greatest player in program history, into the fold three years ago. He has brought in young up-and-comers like Shep Garner and Geno Thorpe, and 2015’s recruiting class will go down as the best in program history. This extension means that Chambers was already signed through the next two years, clarifying ambiguity surrounding his contract status that arose near the end of the season. Now that he has a firm commitment in hand and a program on the rise, the pressure is on Chambers to make sure the results start coming.

Washington has a very different story. After taking over before the 2007-08 season, she built the program into a contender. Before this season, Penn State had made four consecutive NCAA tournaments, including two Sweet Sixteen appearances. Stars like Maggie Lucas came to State College to play for Washington, and the team seemed a safe bet to continue its ascent. The 2014-15 season, however, represented a massive stumbling block. The Lady Lions regressed to 6-23, including a 3-15 Big Ten record. There were many heartbreaking losses along the way, but Washington’s job was never truly in doubt. A talented in-game coach and recruiter, locking her up for the long-term is a smart decision.

Financial details of both agreements were not immediately available, but both extensions were strong statements from an Athletic Director who, unlike her predecessors, is committed to the future of basketball at Penn State.