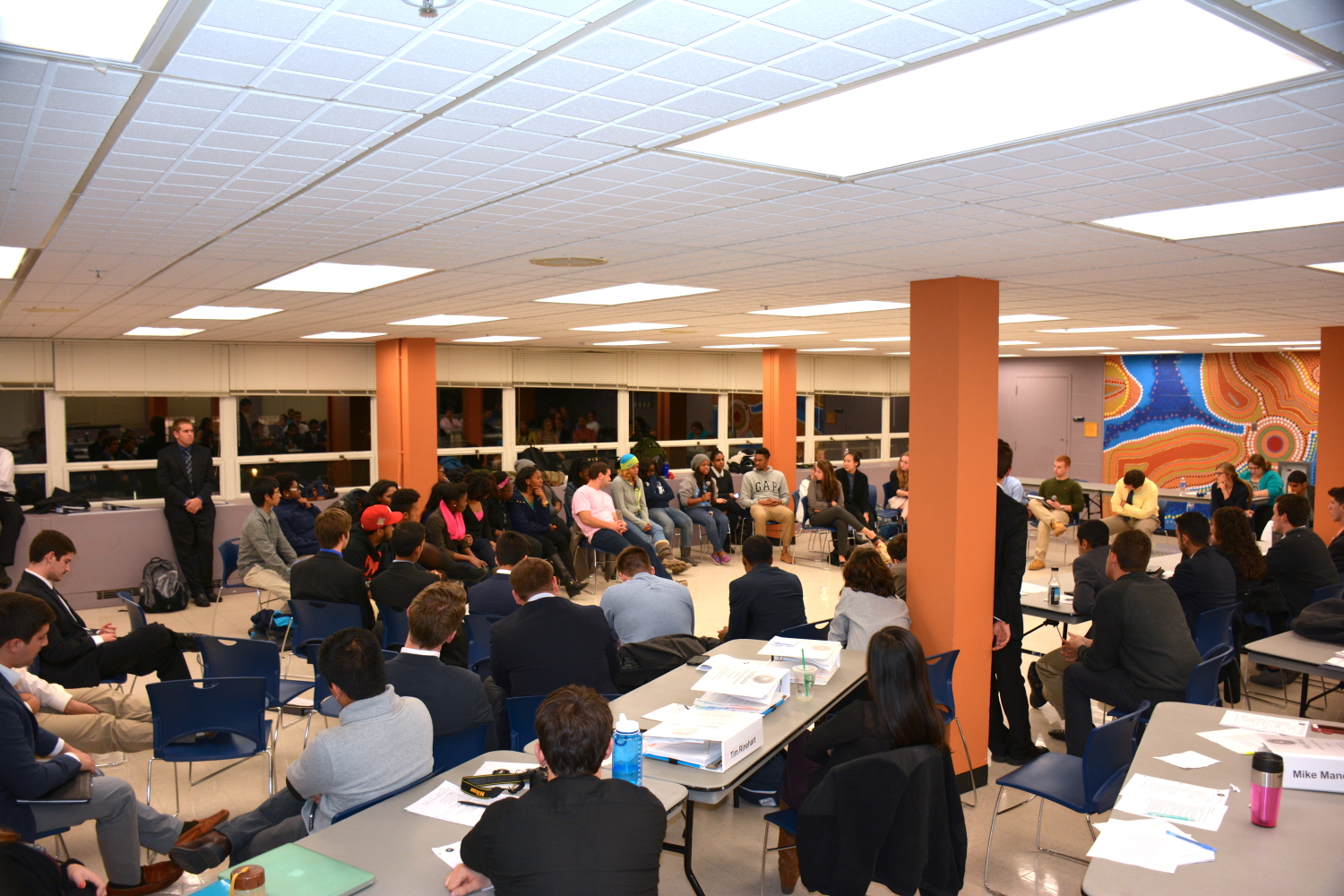 In a quick meeting we can only hope will be characteristic of the tenth assembly, the UPUA passed three pieces of legislation, including the budget for the 2015-2016 year. Although the night’s agenda originally had no legislation on it, three adaptations were made so the assembly could hear Bill 01-10, Policy 01-10, and Resolution 01-10.

To provide background on Policy 01-10, President Emily McDonald and Speaker Emily Miller opened the meeting with a special presentation on the 2015-2016 Budget. McDonald noted it was very similar to last year’s budget, including approximately $50,000 in the Type 40 account, $8,000 for conferences that UPUA leaders will attend, and $7,000 allocated to the 11th assembly’s reserve fund. One change is the specific allocation of money to the Mental Health and Wellness and Sexual Violence Awareness Weeks, which UPUA has sponsored in years past.

President McDonald’s weekly report touched on the Student Death Remembrance, which will take place at Old Main on Sunday night. Additionally, McDonald discussed aligning Association of Resident Hall Students and UPUA initiatives, transitioning the Student Financial Education Center, and collaborating with other universities on the ‘It’s On Us’ sexual violence awareness campaign.

In his report, Vice President Terry Ford discussed his work with the borough on Nuisance Property Ordinance revisions and the downtown lighting project. He noted he wants to work with the Association of Resident Hall Students, the Interfraternity Council, and the Panhellenic Council to gain collective support and understanding on these initiatives.

In a short 52 minutes, the UPUA passed all three pieces of legislation brought to the floor unanimously. Here’s a summary:

Student Life Chair Steffen Blanco introduced Bill 01-10, asking for funding for UPUA’s Finals Frenzy. The two-day event will provide students with supplies they need to be successful during finals, including pencils, juice, and bananas. Although UPUA will not order new Blue Books this year, they will give away the extras from last year. One can’t help but think that this money would be better spent on a puppy room or Old Main lawn ferris wheel to keep up finals week morale, but pencils and fruit will have to do.

Miller then introduced Policy 01-10, the UPUA’s 2015-2016 budget. Although the earlier presentation answered many questions, she noted that “the shifts in money help us make smart spending choices and cut back in areas we see fit.”

UPUA’s partnership with The Princeton Review was renewed with Resolution 01-10, brought to the floor by Academic Affairs Chair Andrew Ahr. Students will have the opportunity to prepare for graduate test courses on campus and online.

Out of the Darkness Suicide Prevention Walk Comes To State College