The Road To Movin’ On With Mute Cities 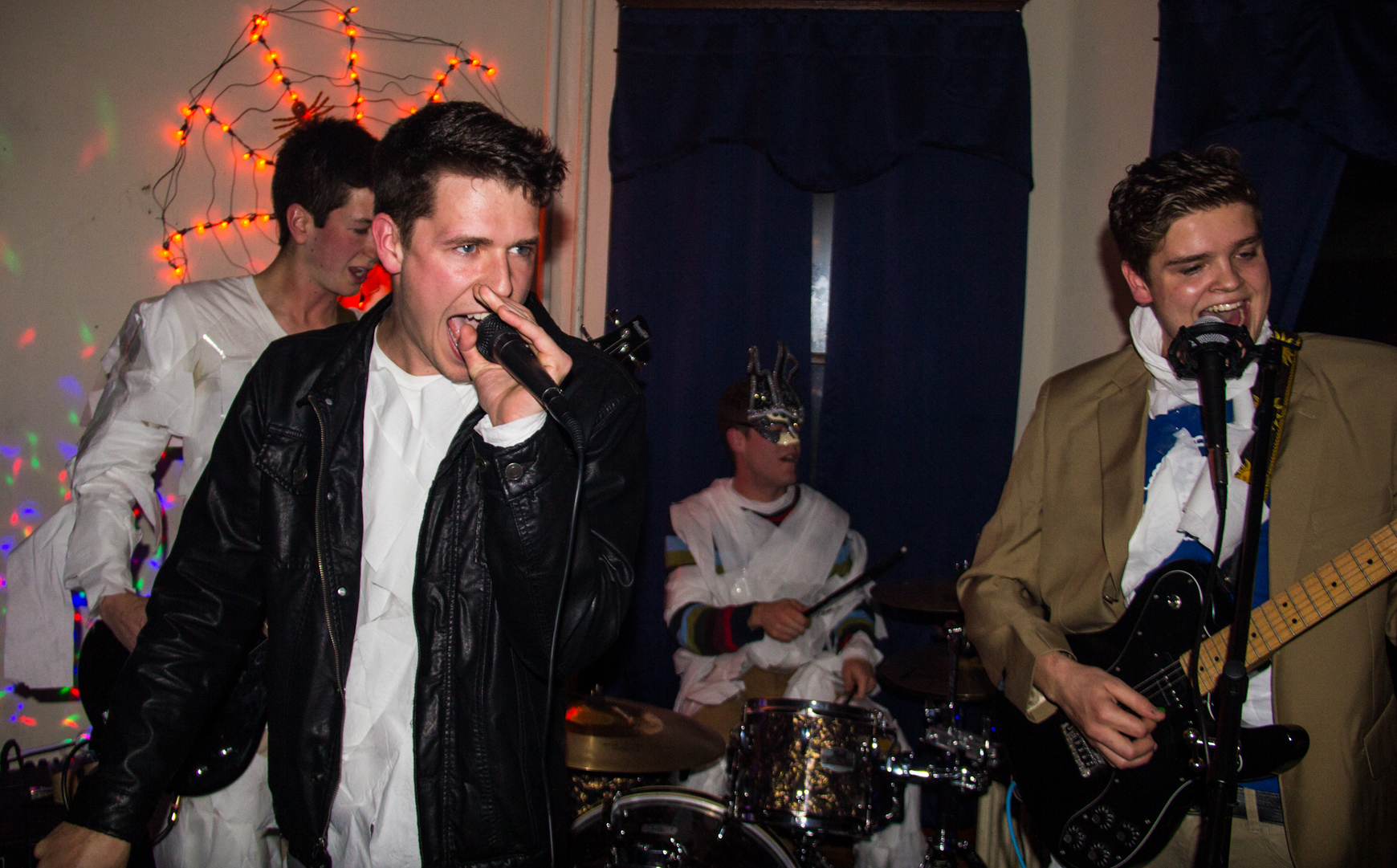 In the State College music scene, 2015 has been the year of Mute Cities. The group dropped a brilliant debut EP, and played at SPA’s Noontime concert series and SOMA’s Arts Crawl. But that’s not all — the local favorite won the Battle of the Bands, earning them a spot as the the opening set at Movin’ On 2015

Rain or shine, the group promises to set the stage for the festival with a packed set list including songs from “Strong Work,” covers, and a brand new original song.

Just months after forming, the group came in second place at Battle of The Bands last year. In the past, Movin’ On chose two acts from the Battle of the Bands to perform at the spring festival. A number of factors including date and stage changes led to the committee only taking one band in 2014.

2014 Movin’ On Overall Director Dan Kramer told Onward State last year the decision to only take one band was made prior to the Battle of the Bands competition, and he called all bands involved to let them know the change.

“I was hanging out at a party at 1 a.m. when I got a phone call, and it was Dan Kramer,” Callan said in our 2014 interview. “He was very apologetic, but he did say that we’d be the second band.”

Despite this, the men of Mute Cities kept their heads held high and looked forward to the next Battle of the Bands. They returned to the competition a year older, with an extra member, and a more established fan base. Williams said Mute Cities was still a little nervous this time around, but the guys were ready to take on the challenge ahead.

“There was some pretty stiff competition this year,” Williams said. “We didn’t really know what Queue had to offer, and there were some really good bands.”

After just missing the chance to open at last year’s Movin’ On, Zach Kramer thought “damn right” when Mute Cities was chosen as the opening act this year. “We were so fucking prepared. This is one of the most prepared gigs yet for us,” Kramer said.

Tara Bendler, the 2015 Movin’ On Overall Director, said Mute Cities “did an amazing job” during this year’s Battle.

“They brought a great sound and energy, and we couldn’t be more thrilled to see what they bring to Movin’ On,” Bendler said.

Practicing at an apartment on South Burrowes Street, the band met Monday to finish up a new song they will debut at Movin’ On. Set up in a small room in the basement, Williams, Arora, and Kramer tuned up their guitars and set up amps and the drum set while they waited for Callan to arrive. Visnesky wasn’t available to come to the mid-afternoon practice.

Williams said the band will have backstage passes for Movin’ On after its performance, adding there may be a chance to rub elbows with its fellow headliners. “We have to be social and talk to anyone and everyone,” Arora joked.

“I’ll have to bring a flash drive of music to give to Big Gigantic,” Kramer chimed in. The senior is studying audio production and aims to be a versatile producer himself.

After tuning up their guitars, the trio reviewed what they had done on the new song. It’s one thing to hear a band describe its process, and it’s another to see it happen live right in front of you. There’s something magical in seeing a band work on a song starting with a cool guitar riff and hearing it progress to a full track.

Once Callan arrived for the practice, the band put its creative minds together to create a musical masterpiece in its small practice space. It’s hard to describe how great this new song is without using the words “awesome” and “amazing.” The guitar riffs used are unique combined with Kramer’s drumming skill. I felt like I could roast marshmallows on this track — that is how on fire it is.

With this new song and a set filled with great original music, Mute Cities set this afternoon is not one you want to miss. The student band will kick off Movin’ On at 3:30 p.m. today.

Share via
The Road To Movin\' On With Mute Cities
https://onwardstate.com/2015/05/01/the-road-to-movin-on-with-mute-cities/
Follow @onwardstate
Send this to a friend