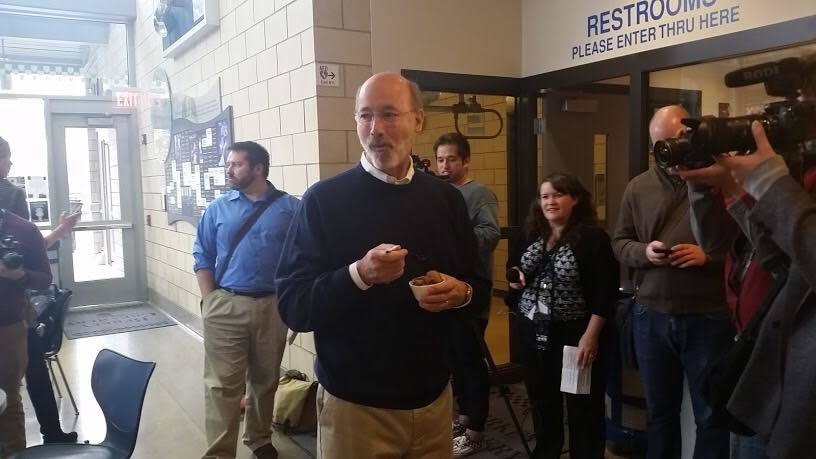 Pennsylvania Governor Tom Wolf announced a statewide campaign last week titled “It’s On Us PA,” an effort which will focus on sexual assault in schools and on college campuses. Pennsylvania’s branch of the initiative supports President Obama’s national campaign from 2014 of the same name and target.

To participate in the effort, Wolf is encouraging everyone from university presidents to students and community members to make a personal pledge to stop sexual assault. Penn State, which was highlighted for its multiple efforts on this front, offers a number of ways for members of the Penn State community to step in in whatever way they can and/or feel comfortable. Additionally, President Eric Barron, Old Main, and campus leaders are making swift moves to combat sexual assault and sexual harassment at Penn State.

Wolf laid out three governing goals for the initiative:

“Pennsylvania is home to some of the best schools in the country, and sexual assault should not be part of any student’s school or college experience. Ensuring our students’ safety and well-being is paramount not only to their success, but the success of Pennsylvania as a whole,” Wolf said in a press release. “I’m proud to be joined by over 40 college and university presidents and school superintendents from across the state – including those standing with me today – to make a commitment to recognize sexual assault as a serious problem in our schools and on our campuses and to take concrete steps to address this epidemic.”

Governor Wolf’s introduction will also serve as the launch for a one-year concentrated effort to fight sexual assault in the state. Wolf and his administration will interact with numerous stakeholders, leaders, and the Commonwealth as a whole to create policy recommendations alongside the The Department of Education to introduce resources schools and universities can take advantage of in the effort against sexual assault.

Share via
It\'s On Us PA: Tom Wolf\'s Initiative To Combat Sexual Assault On College Campuses
https://onwardstate.com/2016/02/09/its-on-us-pa-tom-wolfs-initiative-to-combat-sexual-assault-on-college-campuses/
Follow @onwardstate
Send this to a friend