Ali Krieger And Alyssa Naeher Are Heading To Rio 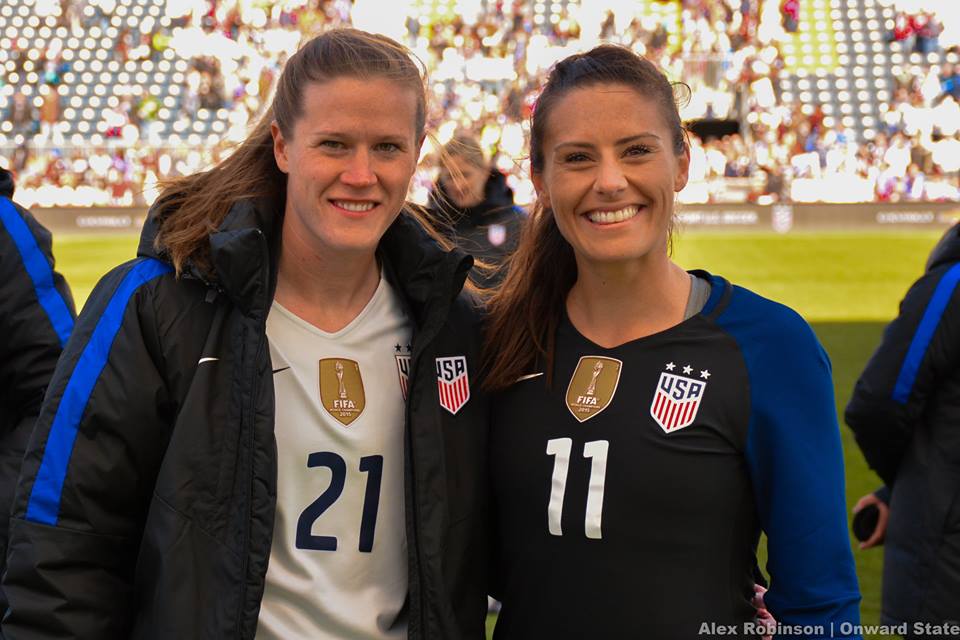 United States women’s national soccer team coach Jill Ellis included Nittany Lions Ali Krieger and Alyssa Naeher on her roster for the 2016 Olympics. Despite the roster being cut from 23 for last year’s World Cup to 18 for the Rio Olympics, both former Penn State stars who lifted the trophy last year will be competing for a gold medal this summer.

Both Krieger and Naeher are making their Olympic debuts this summer. Krieger likely would have been part of the 2012 gold medal winning team had she not torn her ACL and MCL in Olympic qualifiers months before the games were scheduled to begin.

The United States will begin its Olympic run on August 3 against New Zealand and continue with group games against France and Colombia. Should the United States advance to the medal round, the team will play for a spot on the podium on August 20.

While Hope Solo has firmly solidified her spot as starting keeper, the competition was on for Naeher to secure the second and only other goalkeeper spot on the roster. The backup spot had been tipped to Ashlyn Harris for most of the past year, but Naeher managed to edge Harris in recent months to get a spot on the roster.

Krieger, on the other hand, was always likely to make this roster after starting every game at the World Cup last summer. However, she seems to have relinquished the starting right back spot to Kelley O’Hara and will be forced to make an impact off the bench during the Olympics.

Five from the Penn State women’s soccer program took part in last summer’s World Cup for three different countries, but it appears only Krieger and Naeher will be representing the program in Rio. Standout Canadian goalkeeper and former Penn State star Erin McLeod sustained an injury during a Champions League game in Sweden earlier this year and will miss the Olympics, while 2006 Penn State graduate Carmelina Moscato did not make the Canadian roster. College Cup winner Rocky Rodriguez will not be making her Olympic debut as Costa Rica did not qualify, though she did net the country’s first-ever World Cup goal last summer.

While the United States women’s soccer team is trying to become the first to win a World Cup and Olympics in back-to-back years, Krieger and Naeher are hoping to make history of their own. The duo could be the first Penn State athletes to win an Olympic gold medal since Suzie McConnell did so with the United States basketball team in 1988.

Share via
Ali Krieger And Alyssa Naeher Are Heading To Rio
https://onwardstate.com/2016/07/12/ali-krieger-and-alyssa-naeher-are-heading-to-rio/
Follow @onwardstate
Send this to a friend