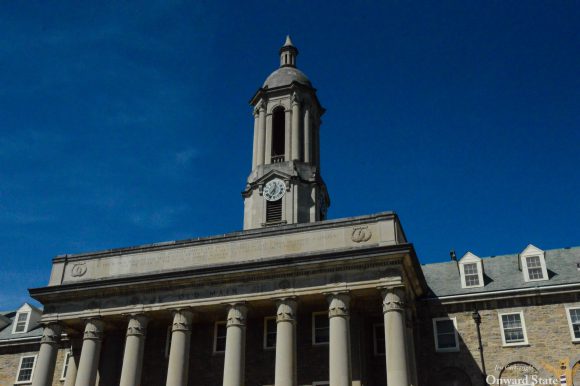 The Student Fee Board met for the third time Friday afternoon to discuss a number of standing allocation requests, ultimately approving a grand total of three standing allocations. So far, the Board has allocated $136.75 of the student fee. After the Board hears all proposals for the 2017-2018 academic year, it will create a recommendation to the Board of Trustees, which will ultimately approve the amount for the Student Initiated Fee.

Student Legal Services presented to the Board to open the meeting, requesting an allocation of $5/student/semester. Assuming steady enrollment, this would provide $412,725 for the 2017-2018 school year. Members of the Board discussed how these services are advertised to international students, as it’s important for these students to be informed about laws that could be different from their home countries.

With new dynamics between UPAC and the Student Fee Board, it is now the Board’s responsibility to review standing allocation requests for administrative units. In a non-voting meeting Thursday night, the Board heard presentations from the Bryce Jordan Center, Center for Performing Arts, and Center for Women Students. It’s worth noting that UPAC will still handle requests from student organizations like Homecoming.

The Board made quick work of considering its first round of proposals, promising fee allocations of $225,000 for the Bryce Jordan Center and $140,000 to the Center for Performing Arts. Each of these are used for ticket subsidies so performances are more affordable for University Park students to attend. Members also approved $39,000 for the Center for Women Students to be used in its programming throughout the year and $5/student/semester to keep Student Legal Services up and running.

Members also discussed previous presentations at the meeting, including a Penn State “Green Fee.” Basically, the Student Sustainability Advisory Committee requested $5 per student per semester to be used on student projects related to sustainability. At its last meeting, the Board asked for more details, as the structure of how these project “grants” would be approved was entirely too vague.

Other fee allocation bodies have historically required line-item budgets for a reason, so the Board decided it was unwise to set a precedent of allocating student fees without a predetermined budget. The Board decided against moving forward with the Green Fee until further detail is provided.

The Council of LionHearts and Student Farm Club also presented to the Board earlier this semester, requesting allocations of $10,000 and $75,000, respectively. The Council of LionHearts hoped to receive a standing allocation to fund transportation for members to various service projects. The Board decided to deny the Council’s allocation request, seeing it a better fit for a UPAC request, as it is a student organization.

The Student Farm Club must find a new home after its trial location runs out, so the club is asking the Student Fee Board for $75,000 to use on professional consulting services in designing the new space the club has its eye on. Rather than allocating student fee dollars to this proposal, the Board decided to ask Senior Vice President for Finance and Business David Gray for the money from the Barnes & Noble fund to finance the needs of the Student Farm Club.

Members also discussed the new Student Organization Liquidity Program, which they hope will lessen the financial burden on students purchasing items for organizations through an ASA account. Currently, most student orgs require members to make purchases up-front and then submit receipts to ASA to be reimbursed. Through this new system, orgs would be able to forgo this process, specifically for purchases too large to be easily funded out-of-pocket, like airfare for a trip.

The Board anticipates the next presentations will come from Campus Recreation, UPAC, the Paul Robeson Cultural Center, and the LGBTQA Student Resource Center. After UPUA and GPSA leaders transition, the Student Fee Board will do the same, reforming (probably in April) with new student government appointees and new at-large members.