DaeSean Hamilton’s spectacular journey to become Penn State’s all-time receptions leader may now be in the rearview mirror, but the senior receiver has a more important goal in mind.

“We want bigger things than just my career receptions record. We want the national championship.”

The Fredericksburg, Va., native recorded nine catches for 122 yards and and career-high three touchdowns against the Hoosiers, the last of which came from none other than Heisman frontrunner Saquon Barkley. 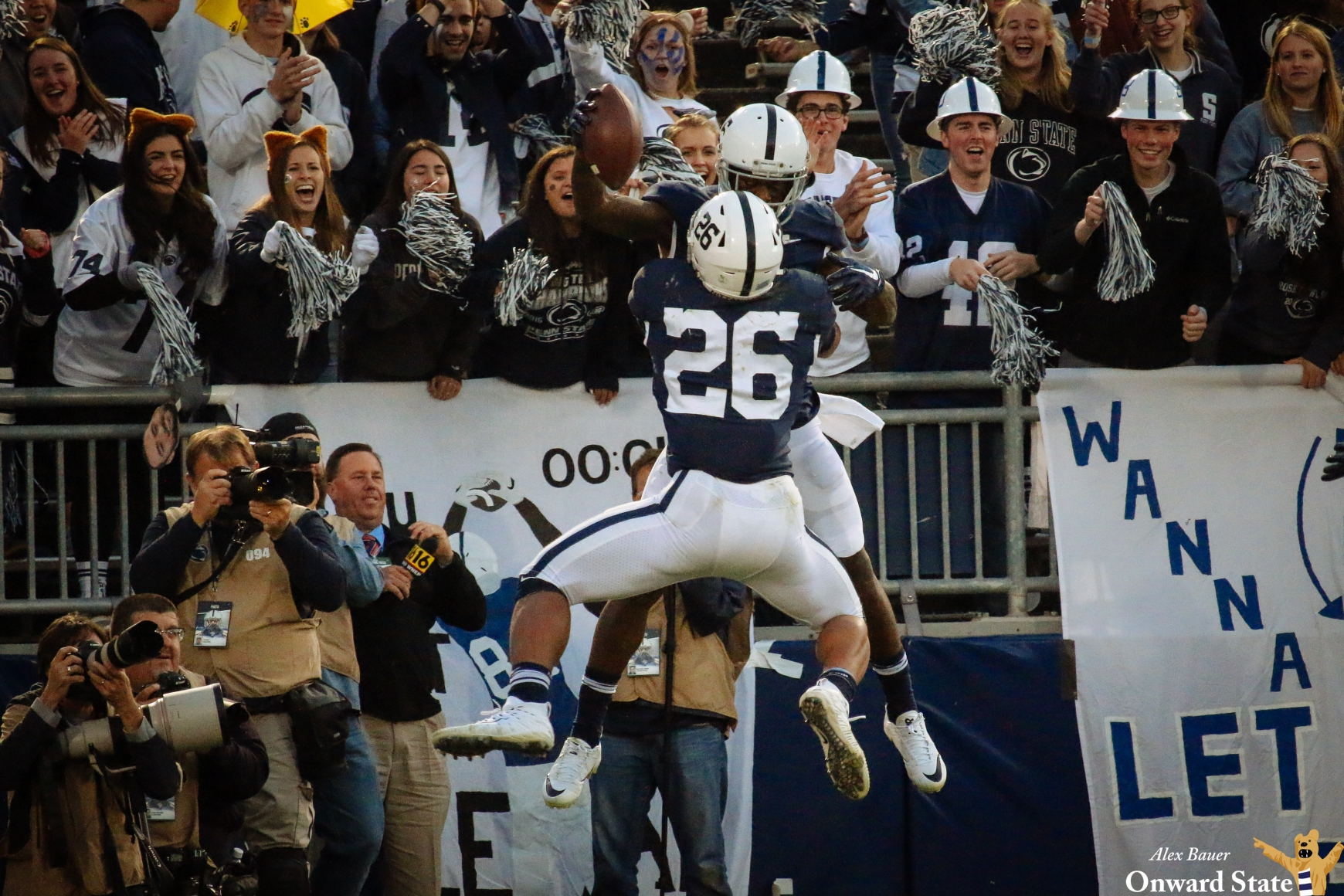 James Franklin made sure to highlight Hamilton’s remarkable achievement postgame.

Hamilton said the accomplishment means a lot to him, but admitted it hasn’t truly hit him yet. He passed Allen Robinson, then Deon Butler for the all-time mark, which now sits at 181 heading into next Saturday’s trip to Northwestern. Hamilton has an excellent chance to become the only player in school history to eclipse 200 grabs over the next few weeks.

“When I redshirted, I had no idea anything this crazy or anything this magical would happen, but I’m glad it did,” Hamilton said. “Those guys were really good players, so it’s really cool seeing my name at the top of that list.” 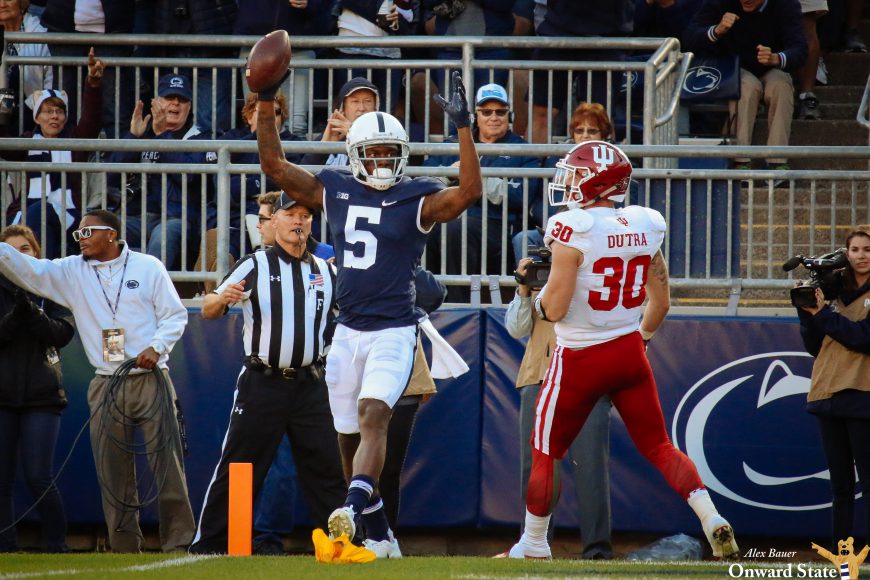 “It’s awesome for him. There’s no guy on this team who’s a better leader, a better player, and a better role model for these guys. No guy deserves it more than him,” Trace McSorley said. “He works countless hours — hours that nobody even knows about.”

Barkley echoed McSorley’s message concerning the unprecedented amount of time Hamilton puts into his development on a daily basis. He routinely runs routes in the sand pit near the outdoor track over the summer to sharpen his footwork.

“He comes to work every single day. He’s one of the last guys to leave the field, catches at least 100, 200 balls a day for his routine,” Barkley said. “It’s a great example for not only myself but the younger guys in our program that hard work pays off.”

Darius was in town for the Georgia State game two weeks ago, but wasn’t able to make it for Saturday’s win over the Hoosiers. However, DaeSean said Darius will make the trek to Evanston next weekend because that’s where their family is originally from.

“Like I always say, he’s my ‘why.’ A lot of this stuff is basically a testament to him,” Hamilton said. “For me to be able to do these things and to keep me going every single day and not quit on anything is really cause of him.”