In the competitive world of THON letter making, only the most creative and eye-catching displays stand out against the backdrop of the Bryce Jordan Center crowd.

Delta Kappa Epsilon and the Student Nurses Association of Pennsylvania’s superhero-themed display is one of the highlights of the north end of the arena. Each letter pays homage to a different warrior, including the Green Lantern, Iron Man, Superman, The Flash, Batman, Captain America and Wonderwoman.

But these heroic letters represent more than the organizations that created them. The pair’s eight-year-old THON child, Lucas, is a massive fan of superheroes of all kinds.

“It was mainly over the Summer…We invited him (Lucas) up for lunch, and that’s all he would talk about: Superheroes,” said Adam Ruggiero, a DKE brother. “Why not make it his favorite theme?”

Ruggiero and his team also wore shirts with the title “Lucas’ League” and an accompanying symbol. 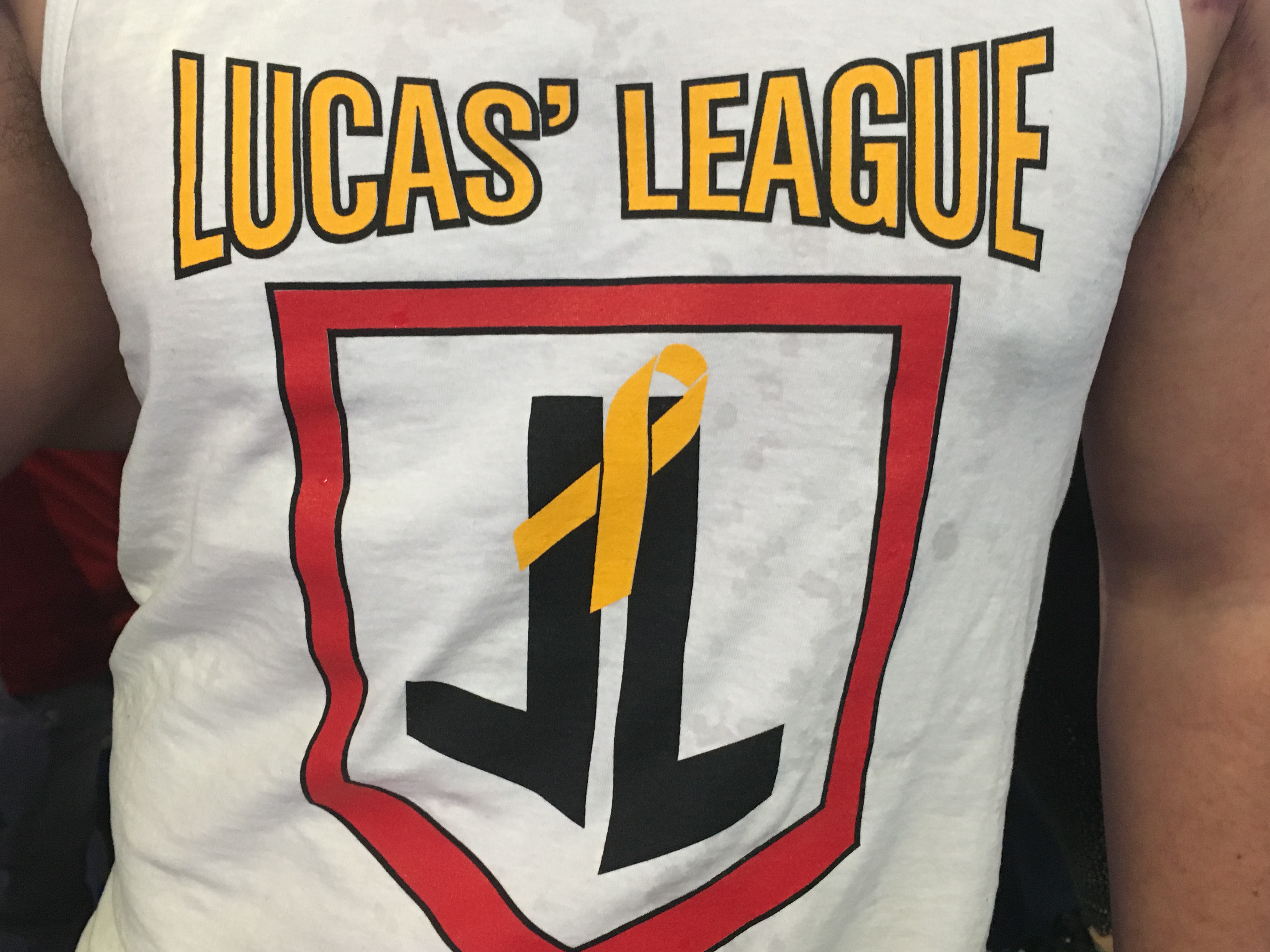 But because of the recent outbreak of Mumps outbreak on campus, Lucas was unable to attend THON’s opening night, and is enjoying the tribute from home. Ruggiero is hopeful that Lucas will be able to come to the Bryce Jordan Center and enjoy THON safely on Sunday if he is cleared by his doctors.

“Lucas is watching the 46 LIVE stream…and then we’re going to FaceTime him,” Ruggiero said. “He loves it.”

Share via
SNAP And DKE Raise Superhero Letters For THON Child Lucas
https://onwardstate.com/2018/02/16/dke-snap-raise-superhero-thon-letters-thon-child-lucas/
Follow @onwardstate
Send this to a friend