Onward Investigates: How Loud Does It Really Get At THON?

One thing that a lot of people at THON tend to talk about is the noise. For those who don’t know, THON can really burst your eardrums. But how loud can things get in the BJC and are there any places where your poor ears can get a rest?

Using a handy decibel counter app called Sound Meter for Android, we measured different places in and around the Bryce Jordan Center to see just how punishing THON can be.

Decibel Scale: Using the scale provided in the app, we can see different measurements of noise in decibels (dBs) and examples of everyday occurrences where those volumes might be experienced. We broke down most (if not every) major type of event at THON and just how punishing or relaxing they can be on your ears. 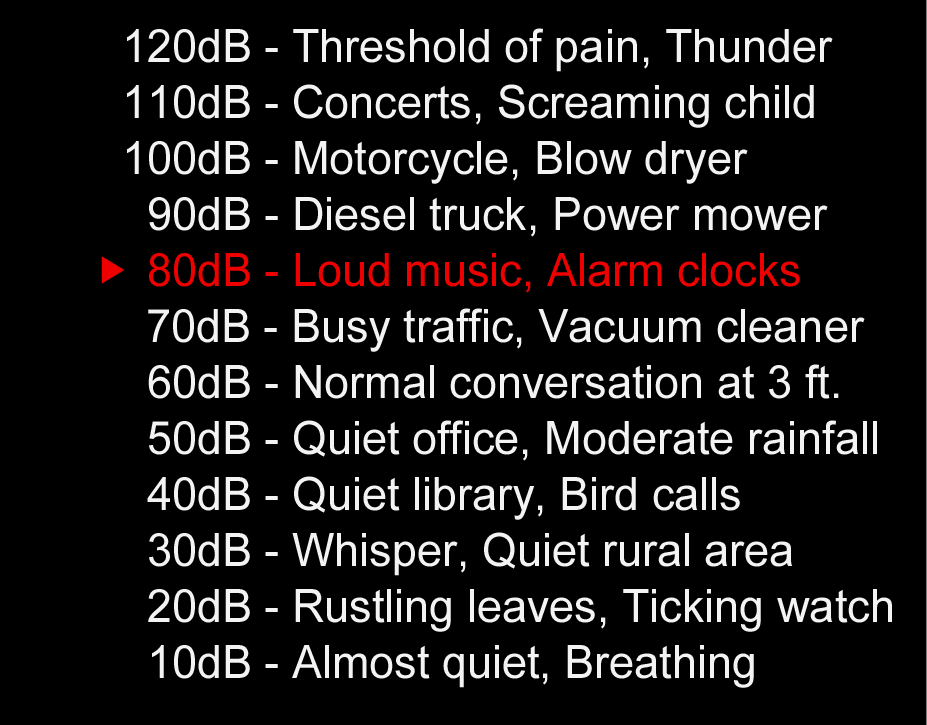 According to WebMD, sounds of 85 dBs and higher are considered harmful and hearing damage can result from consistent exposure to noises at these levels. You’re not going to go deaf from THON by any means, but if THON was a 24/7, 365 type of deal and you were there day in and day out, your ears might not be working too well. Just like that one kid who always listens to his music too loud and wonders why he can’t hear that well, it takes a lot.

Not surprisingly, the loudest moments found at THON were concerts and events like the the Pep Rally. There are distinctions, with calmer, country bands like Mountain Road coming in at around an 89 level range, while louder rockers like Misterwives came in at around 94. Even louder still were acts like 3 AM Tokyo breaking the 100 dBs mark.

The Pep Rally on Saturday night was one of the louder moments, with things coming in the high 90s, even nearly breaking the 100 dBs mark with the introduction of Jesse James and Stefan Wisniewski — especially when the Philadelphia Eagles lineman started to hype up the Philly crowd.

Most of these measurements were done from press row in the BJC, which more or less accurately measures volume levels around the top of the lower bowl. Descending down, things don’t change that much near the floor. Volumes only start changing when you start to approach the stage. During Burn Unit’s set Sunday morning, the range was in the high 80s from press row but got up to 95 dBs right next to the stage.

Perhaps the quietest areas inside the BJC are the bathrooms. Our dBs meter was only picking up an average of 55, with slight jumps every now and then from loud events in the main arena and from the HAND dryers. Around the concourse is when things get louder.

If you’re in need of an real eardrum break, try going outside for a bit. Sure, you might have to wait in line to get back in, but the nice 40-50 levels you can get are like a detox for your ears — the kombucha of your hammer and anvil, if you will.

Most of the time at THON you’re not always in the presence of deafening concerts or peaceful stretches of natural ambiance. An average level of volume at THON is around 70-75 dBs with no music playing and around 80 with music playing, but that’s of course depending on just WHAT is playing. The line dances don’t seem to change volume too much throughout the weekend, even though most would think an early morning line dance would be quieter.

But it’s the music that makes most of the noise and speakers don’t get tired. We were reaching levels of up to 89 dBs, getting especially loud during the dance breaks where the music was cranked up and things could get up to about 91. Many of the random dancing performances could reach levels in the high 80s, with the Bungee Jumpers registering at an 85 and Island Fever at an 87. Once again, it has a lot to do with what music each act chooses.

We hope that you use our overly-researched guide to sound levels at THON 2018 to your eardrum’s benefit and encourage you to take care of your sense of hearing. Gotta make sure you can always hear the roar of the crowd at Beaver Stadium!

Share via
Onward Investigates: How Loud Does It Really Get At THON?
https://onwardstate.com/2018/02/18/onward-investigates-loud-really-get-thon/
Follow @onwardstate
Send this to a friend