The latest addition to the downtown State College pizza scene, UR Pizza, opened its doors for the first time Tuesday. The pizzeria is the latest addition to restauranteur Hitham Hiyajneh’s list of local eateries, and is located at 214 Calder Way next to Underground Burgers and Crepes in the unit that formerly housed Tazza Fresh.

UR Pizza allows customers to create their own personal-sized flatbread pizzas with unlimited toppings for $9.49. Patrons choose from a mix of cheeses, toppings, and sauces, displayed in a fast-casual bar style, to create their personalized pies. Toppings include everything from broccoli and grilled chicken to spinach and pineapple. 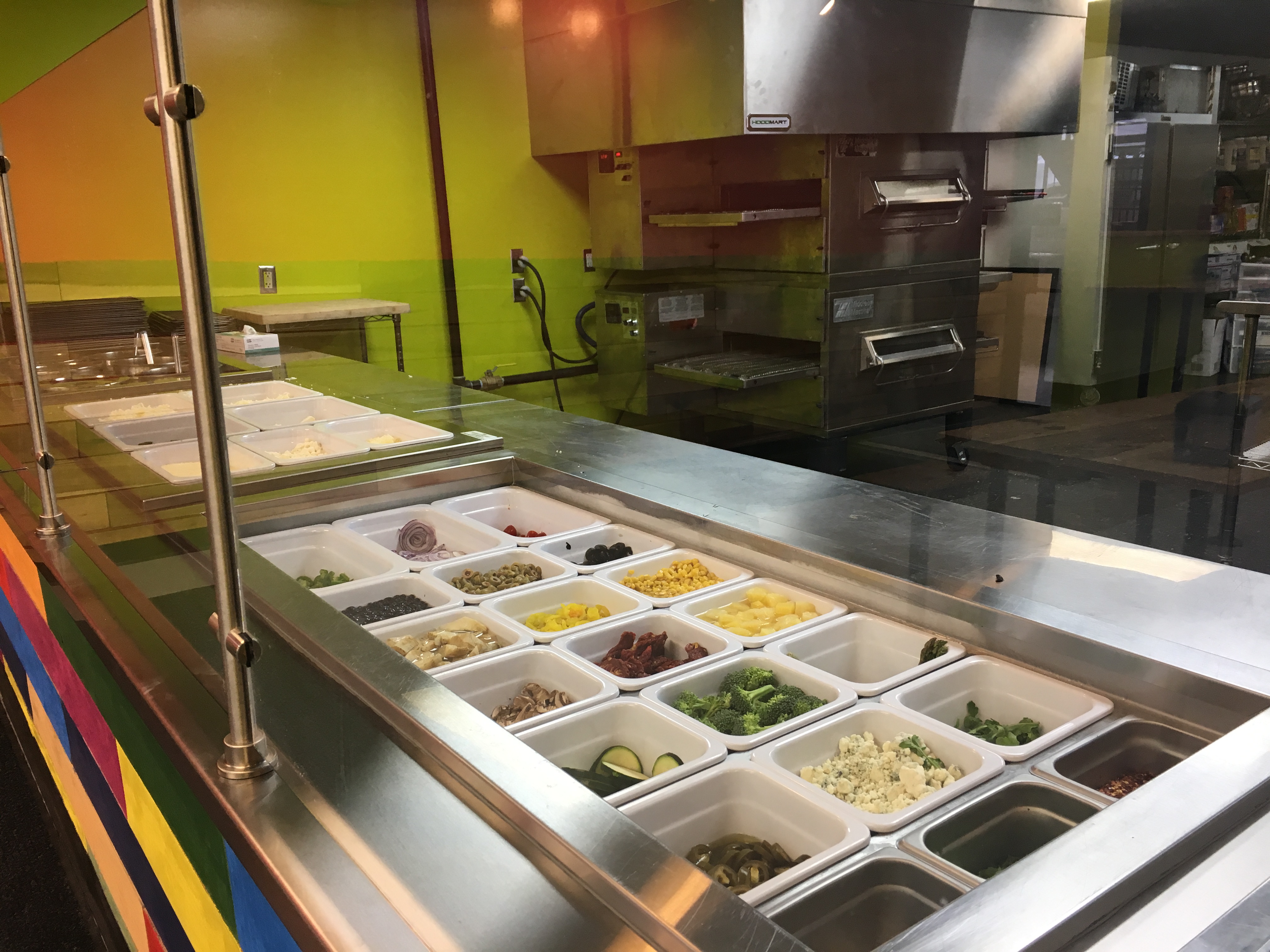 This list will be expanded in the future, according to manager Maher Bader. UR Pizza also plans to offer a size smaller than its current template within the next week.

“Within three minutes, you have a pizza ready,” said Hiyajneh. He said he hopes to eventually add salad to the menu and open additional UR Pizza eateries outside State College.

The restaurant will open at 11 a.m. daily and close at 10 p.m. Sunday through Tuesday. It will remain open until 3 a.m. Wednesday through Saturday. Its interior will retain the colorful, laid-back atmosphere that arrived with Tazza Fresh, according to Bader.

This post was updated to include further information regarding UR Pizza’s weekly hours, pricing, ordering process, menu and future expansion.