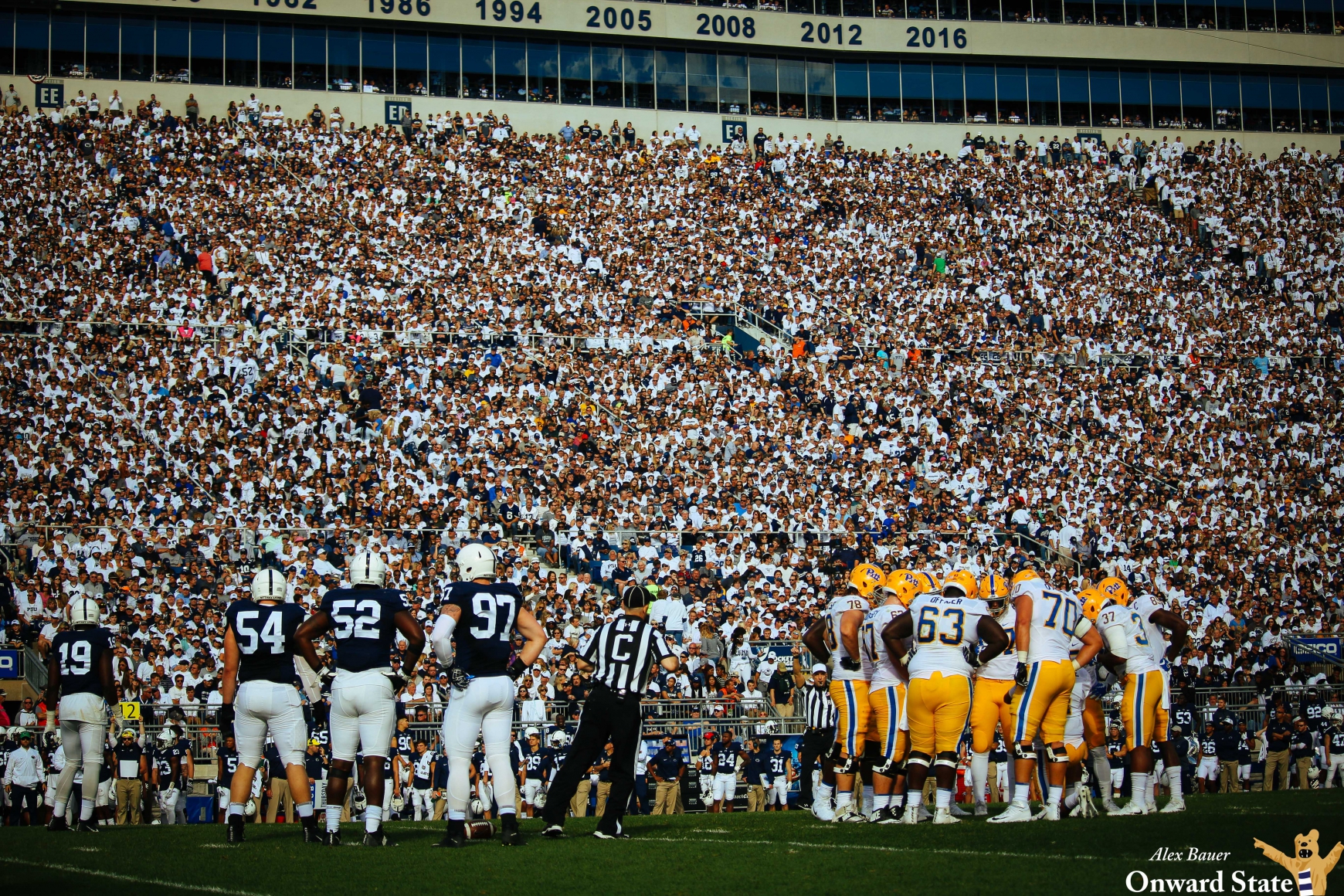 Penn State football head coach James Franklin was naturally asked about his team’s series with Pitt, which will come to a close for the foreseeable future on Saturday afternoon at Beaver Stadium, at his weekly press conference.

Franklin said that he could see the series continuing beyond the 2019 season, and he even floated the idea of a game played between the two sides at a neutral site.

“You just want it to be an even exchange, and the best way to do that is a neutral site,” he added. “I’m just talking in terms of it making sense for both universities, [a neutral-site game] is an option. I’m not saying it’s the answer, but it’s one of many. Whether it’s a home-and-home or neutral site, we’re not closing the door.”

The head coach noted the differences in the two teams’ conference schedules as a potential hurdle in terms of scheduling future match-ups. As a member of the ACC, Pitt plays eight conference games per season, and Penn State plays nine games against fellow Big Ten squads. Franklin hasn’t formulated any ideas as to where exactly a neutral-site contest would be played yet, but he’s definitely open to the idea of bringing this series back.

On the other end, Pitt head coach Pat Narduzzi definitely isn’t as optimistic about a potential continuation of the Penn State series.

“Nobody cares what I think, but everybody in the state of Pennsylvania would say ‘hey, why don’t we play this game,’” Narduzzi said. “We all want to play in this game. It’s a big game — it’s a rivalry game in-state. I’m going to emphasize to our kids you might be the last team to ever play in this game. The next time we play, I’ll either be in a coffin or retired.”

Penn State’s next four seasons of non-conference schedules are already set, and the team has scheduled one Power-Five opponent in each season until 2025. Because of that, a match-up between the Nittany Lions and Panthers before 2026 is all but impossible.

The Nittany Lions will take on Nevada, Virginia Tech, and San Diego State next season before facing off against Ball State and Villanova in 2021. Auburn will also go to Beaver Stadium in 2021 before Penn State makes a trip to Jordan Hare Stadium in 2022. Franklin’s program will also take on Ohio and Central Michigan along with that road contest against the Tigers in three years.

West Virginia, Delaware, and UMass will all come to Beaver Stadium in 2023, but beyond that year, none of Penn State’s non-conference slates are set in stone. Here’s a look at the current non-conference match-ups scheduled from 2024 on, according to FBSchedules.com.

Pitt athletic director Heather Lyke said that a deal to renew the series was close to completion in November 2017, but that obviously never came to fruition. Lyke expressed her desire to continue the football match-up in April 2018.