Erin Boas: Every Woman Should Feel The Embrace Of Penn State’s Community Of Women 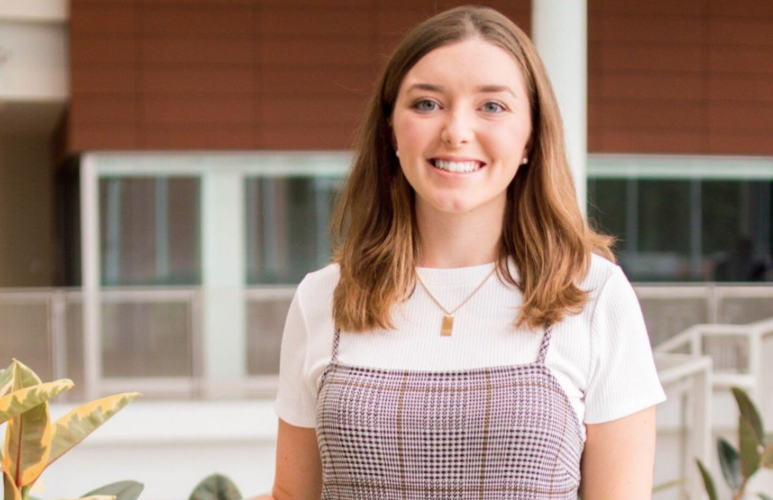 Editor’s note: This is not an endorsement from Onward State. Both tickets seeking the presidency in this year’s UPUA election were offered the opportunity to write an op-ed on Onward State about any issue or topic they’d like. You can read the McKay-Pathickal op-ed here.

“The future is female.”

Celebrities, media members, and female advocates have proclaimed this for years, but what does the saying really mean, and how exactly can we reach the future?

Throughout my two years at Penn State, I have been fortunate to be surrounded by strong and passionate women.

I joined CHAARG, a women’s workout and empowerment group, before I even stepped foot on campus. In the gym, the classroom, and in every area of the community, CHAARG showed me what it means to have women around you who truly care about seeing other women excel in every aspect of life.

At the end of my freshman year, I joined Sisters on the Runway. I was again blown away by the dedication and passion that I witnessed in its members. Putting on a fashion show to raise money and awareness for the prevention of domestic violence is no small feat.

As an active sister of Omega Phi Alpha National Service Sorority, I have found a home with the genuine support and resources provided by the Greek community for women embarking on their journey toward success. Whether it’s Circle of Sisterhood, sorority study hours, or a motivational letter written by a fellow sister, being a member of Greek life has given me opportunities and confidence that I could not have imagined.

I have also been able to witness women’s empowerment at a university-wide level to administration and faculty through my time in the University Park Undergraduate Association. Powerful women advocates have emerged time and time again in the UPUA to amplify the needs and accomplishments of their fellow females.

Our university is flourishing with opportunities for women to receive support and to find resources that allow them to take ownership of their future — both in the classroom and in the community. The unfortunate reality is, though, not every woman has the time or financial resources required to be a part of these organizations. The support found in these groups is so important, though, and a person’s lack of resources cannot be allowed to compromise their access to a supportive group of women or other system which allows them to thrive.

The Women’s Empowerment Initiative is quite possibly the initiative on Kyle and my platform that I hold dearest to my heart. No matter their major or involvement, every woman should feel the warm and wide-reaching embrace of the Penn State community of women. This initiative aims to foster relationships between women’s empowerment groups, consolidate resources, and create events open to the entire female population. Advocacy is powerful when accomplished by individuals and groups, but it is unstoppable when achieved by communities.

I can only speak to my own experiences and my own story. Every single Stater has a unique journey and background. I am privileged in many ways, but I have also faced adversity.

I know what it’s like to step into a room knowing that people have a preconceived image of you before you even say “hello.” I have taken that pause before opening a door due to the socially induced feelings that “I don’t know enough” or whatever I say “won’t be right.” I have tugged on my skirt or taken an extra glance at the mirror for fear that my appearance would determine the first impression instead of the merit of what I had to say. I have had people try to tarnish my reputation, question my integrity, and minimize my experience, as so many other women have in the workplace, in meetings, and all throughout their lives.

People can try to shape-shift your reputation or cast doubt on your abilities. But no one can ever graze your character. Your beauty is incomparable. Your intelligence is unmatched. Your opportunities are endless. Your worth is unquantifiable.

I am extremely grateful for the opportunities that I have been afforded, not only as a student but as a woman. I want every single female that has, is, and will step foot onto a Penn State campus to feel like they have the confidence and potential to thrive, both personally and professionally. It is inside of every woman. It’s time we unapologetically embrace it and celebrate it.

We are Penn State, and we are women.

Share via
Erin Boas: Every Woman Should Feel The Embrace Of Penn State\'s Community Of Women
https://onwardstate.com/2020/04/14/erin-boas-every-woman-should-feel-the-embrace-of-penn-states-community-of-women/
Follow @onwardstate
Send this to a friend