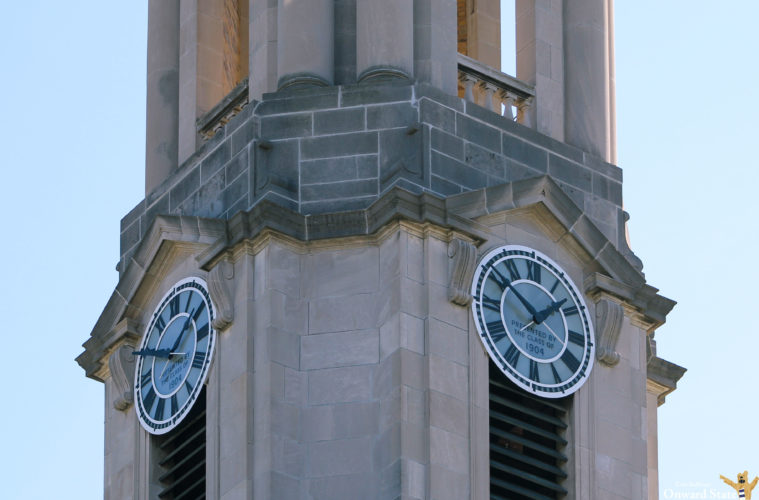 Penn State will host yet another town hall this summer to provide updates on the fall semester and its plans to combat the coronavirus on campus, the university announced Monday.

Led by President Eric Barron, the town hall will begin at 3 p.m. on Thursday, July 30. The event will be streamed virtually and later archived for repeat viewings.

Much like its predecessor, the town hall will provide updates on Penn State’s plan to test students for the coroanvirus, campus safety protocols, data sharing, and students’ return to campus.

“The University has been solidifying various critical elements to support our Back to State plan, and we look forward to updating our undergraduate students, graduate students, faculty and staff, across all of our campuses and communities on our preparations and plans for the upcoming semester,” Barron said in a release.

Penn State has, however, released specific guidelines for on-campus safety protocols. It’ll require all students, faculty, and staff to wear face masks in classrooms, around campus, and in offices this fall. The university also plans to prevent “large gatherings” on campus.

To date, Penn State has purchased more than two million face masks to be distributed across the Commonwealth. It also procured hand sanitizer stations and face shields to meet “specific needs” across the university.

Although Penn State still plans to return to campus in August, the university has reiterated it’s prepared to revert to remote learning if needed as the coronavirus pandemic appears to worsen. So far, notable universities including Rutgers, USC, and Harvard have already opted to move online.