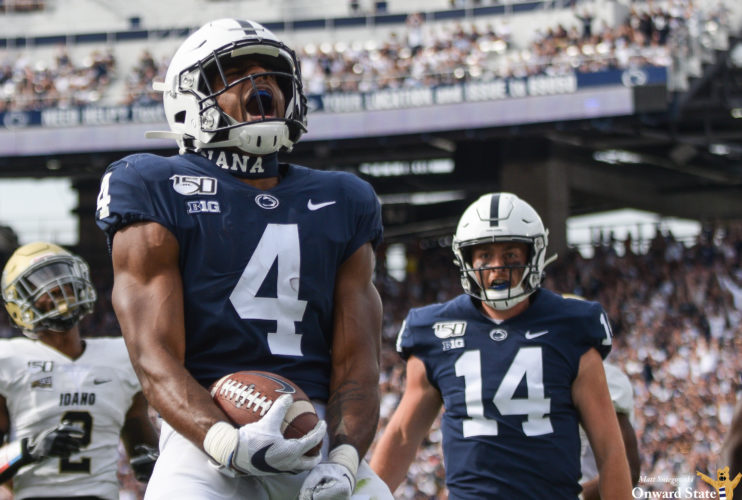 Penn State football may be without star running back Journey Brown for the 2020 season.

“Journey Brown is being treated for a medical condition discovered during the off-season and will potentially miss the 2020 football season,” a spokesperson for the team stated Monday night.

The redshirt junior had high expectations entering the Nittany Lions’ 2020 campaign. Brown led Penn State’s running back room throughout the 2019 season, as he finished the year with 890 rushing yards and 12 touchdowns.

Brown’s biggest performance of the year came in the final game of the season at the Cotton Bowl Classic. The Meadville, Pennsylvania native finished his day with 202 yards and two touchdowns on just 12 carries, including this incredible score.

If Brown does in fact miss the upcoming season, the Nittany Lions next option will likely be sophomore Noah Cain. The Louisiana native had an impressive 443 rushing yards and eight scores during his first season in Happy Valley, and was clearly the most productive member of the group outside of Brown.

Along with Cain, Devyn Ford earned experience as a freshman in 2019. Former four-star recruits Caziah Holmes and Keyvone Lee will also bring some much-needed depth to the position group.

Share via
Penn State Football\'s Journey Brown Could Miss 2020 Season Due To Medical Condition
https://onwardstate.com/2020/10/19/penn-state-footballs-journey-brown-could-miss-2020-season/
Follow @onwardstate
Send this to a friend