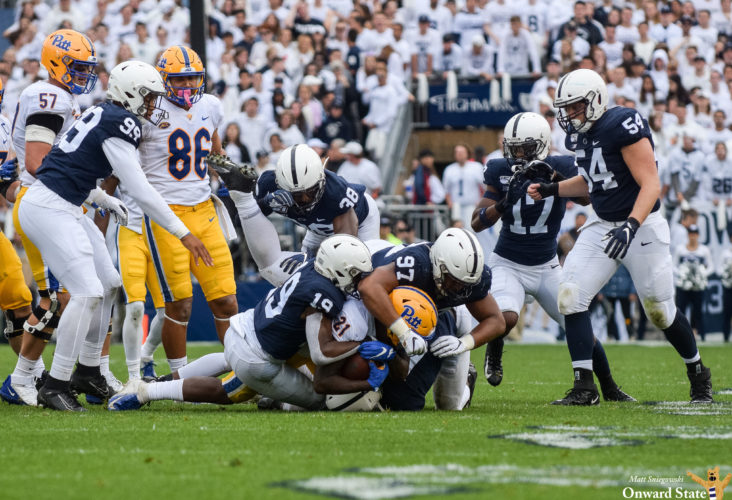 Currently sitting with an 0-2 record, the Nittany Lions’ hopes of achieving their main goals no longer appear realistic. As hard as it may be for players and coaches to remain motivated, junior defensive tackle PJ Mustipher believes the team has worked too hard to dwell on the past.

Since 2000, Penn State has began its season with an 0-2 record just three times. The Nittany Lions have had some challenges early on, such as starting off with conference play and losing some key pieces on both sides of the ball. However, Mustipher and his teammates won’t make excuses for the squad’s rough start.

“I think the first thing is accountability,” Mustipher said. “No matter who you talk to, guys are holding themselves accountable before they’re holding anybody else accountable, and I think that’s how it has to be. You have to look yourself in the mirror first before anybody else. I think that was the biggest thing for us. We all have to reflect on what we’re doing individually before we look at the team.”

The team-first mentality shared across the locker room trickles down from head coach James Franklin and his staff, according to Mustipher. Franklin’s continuous outpour of love and support for his players is a true measure of how healthy the program is, not solely the record displayed in the win-loss column.

Mustipher, who’s posted three tackles so far this season, said Franklin isn’t overly critical following a loss. Instead, he shares the blame with his players.

“He’s very submitted in that aspect because a lot of college coaches, after a loss, throw guys under the bus or put the blame solely on their players,” Mustipher said. “But what Coach Franklin does is most of the time after the games, he’s taking the blame for it.

While it’s easy to say Penn State’s program is in trouble after becoming unranked for the first time in four years, the team remains as tight-knit as ever. With Franklin at the helm, the Nittany Lions will always be a program built on trust and connectivity from top-to-bottom.

On Saturday, the Nittany Lions will attempt to bounce back against Maryland at Beaver Stadium. After a gritty win against the Minnesota Golden Gophers, the upset-minded Terrapins enter the contest riding the hot-hand of Taulia Tagovailoa, the brother of former Alabama superstar, Tua Tagovailoa.

“I think [Tagovailoa] is a dynamic runner and a dynamic passer, and I think we saw that last week with the numbers he put up against Minnesota” Mustipher said. “He’s a very talented football player, we’re just going to have to do our job. I think that’s the biggest thing for us right now.”

Mustipher said last week’s preparation and in-game experience against Justin Fields should serve the defense well against Tagovailoa. The hungry Nittany Lions are currently 25-point favorites against the Terrapins, according to oddsmakers. 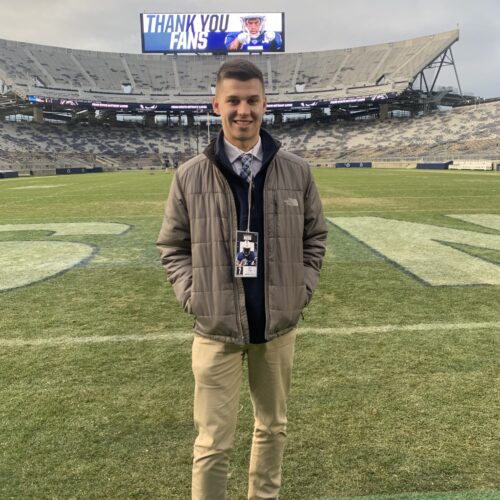 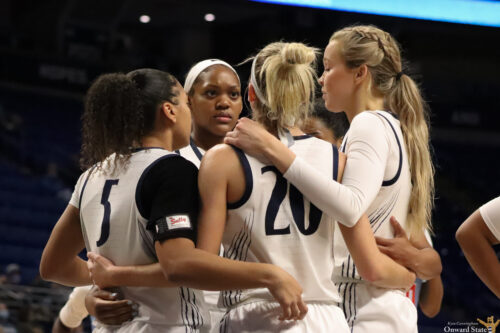 Share via
PJ Mustipher Poised For Bounce-Back Performance Against Maryland
https://onwardstate.com/2020/11/05/pj-mustipher-poised-for-bounce-back-performance-against-maryland/
Follow @onwardstate
Send this to a friend